This Anti-Trump Protest Was a Russian Ploy. So Which News Outlets Promoted It?

Like their counterparts at CNN and MSNBC, multiple news outlets were quick to promote anti-Trump protests in New York City on November 12, 2016 – and in doing so became unwitting promoters of Russian propaganda. An indictment handed down on February 16 by Special Counsel Robert Mueller revealed that this protest, as well as one in Charlotte, NC on November 19, 2016, was organized by Russian operatives.

On November 13, 2016, the day after the protest, liberal online magazine Slate ran a clickbait piece entitled “All the Chants I Heard at Saturday’s Anti-Trump Protest in NYC, Ranked.” The Daily Beast followed suit the next day with a piece entitled “The Most Clever Signs of Anti-Trump Protests.” Eight out of the twelve signs the piece highlighted were from the New York City protests.

A Huffington Post headline from November 12 proclaimed: “Anti-Donald Trump Protests Gain Strength Days After Election.” The subhead added “People say they’re willing to keep it up for the next four years.”

On November 15, CNN.com ran a piece highlighting the protesters’ key demands, even looking into the push to get electors from states that Trump won to vote against him. CNN dismissed this concept as “extremely, extremely unlikely” (quoting Snopes.com), but never pointed out that it would also be rampantly undemocratic and problematic to set a precedent for the Electoral College to go rogue. 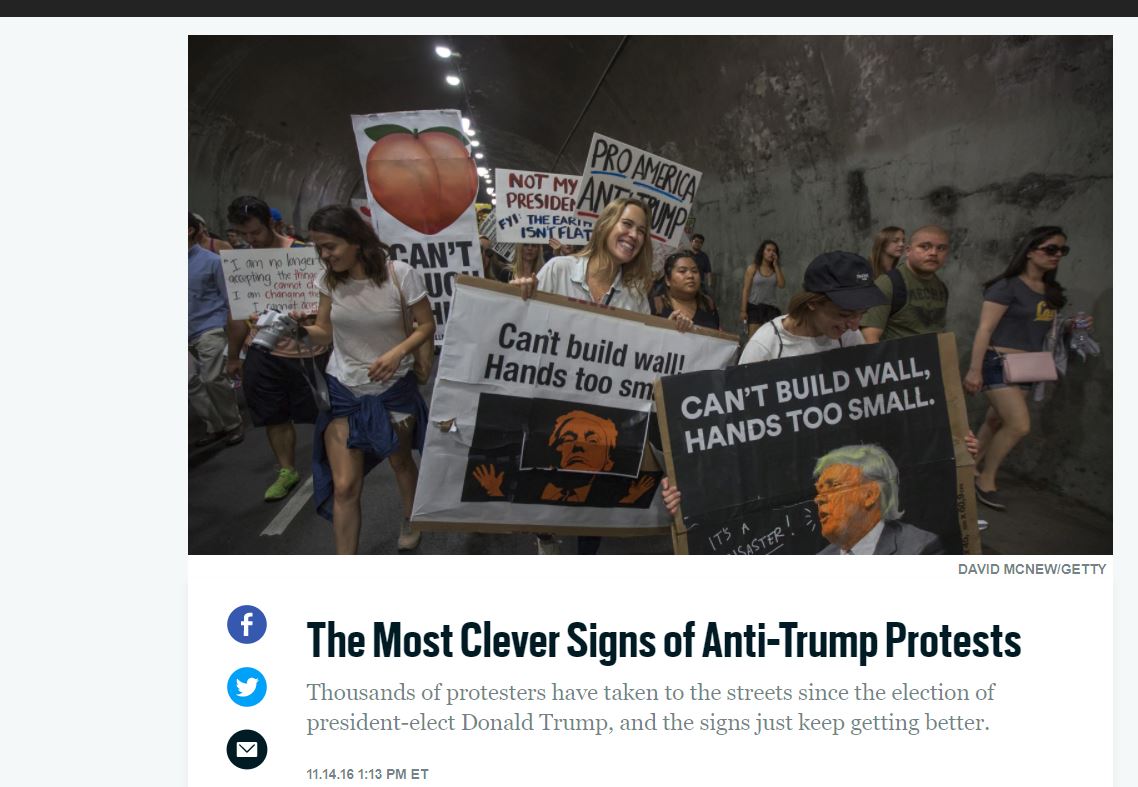 On November 15, Rolling Stone’s website cheered how “The speed with which these protests came together and the vehemence of their reaction far outpaced the growth of the Tea Party movement in the wake of the election of Barack Obama in 2008, but there has still been a reaction from some quarters that the protesters are behaving like ‘sore losers.’”

U.S. government-subsidized PBS added to the confusion by hyping the role of Black Matters (not Black Lives Matter), the organization that Mueller’s team accused of being a Russian operation: “In New York City, on Saturday afternoon, several thousand people in gathered in Union Square before marching to Trump Tower uptown, according to the New York Daily News. Organized by BlackMatters, a nonprofit news outlet which focuses on black issues in the United States, the event’s Facebook page emphasized that it would be a peaceful demonstration.” 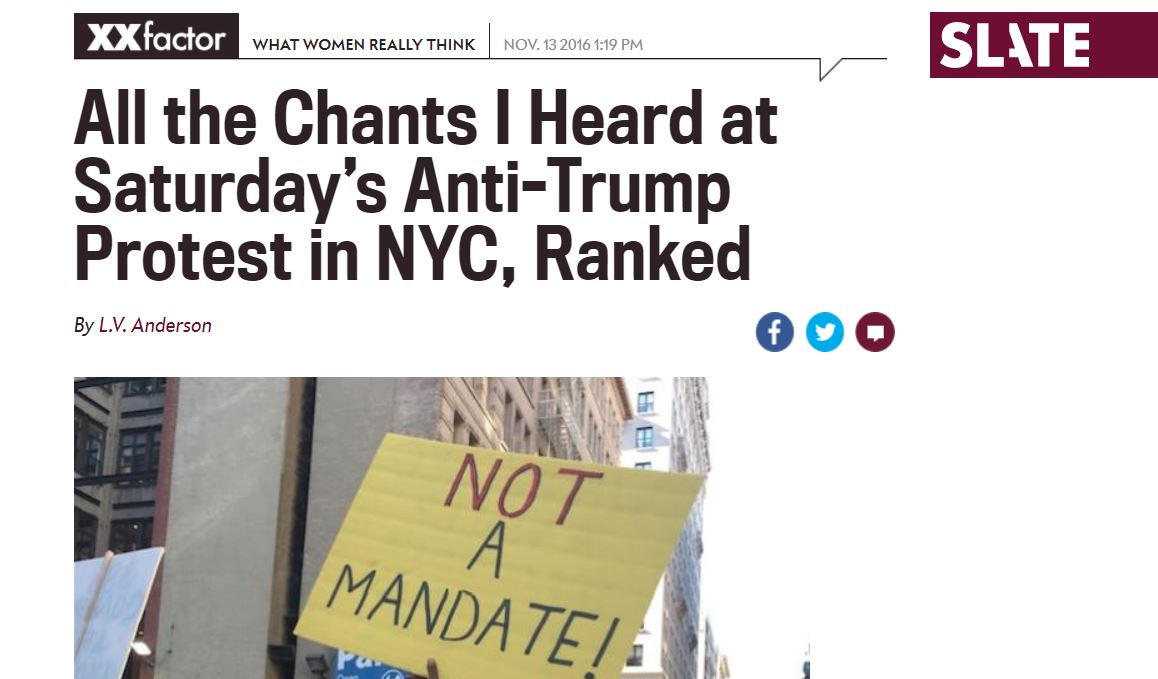