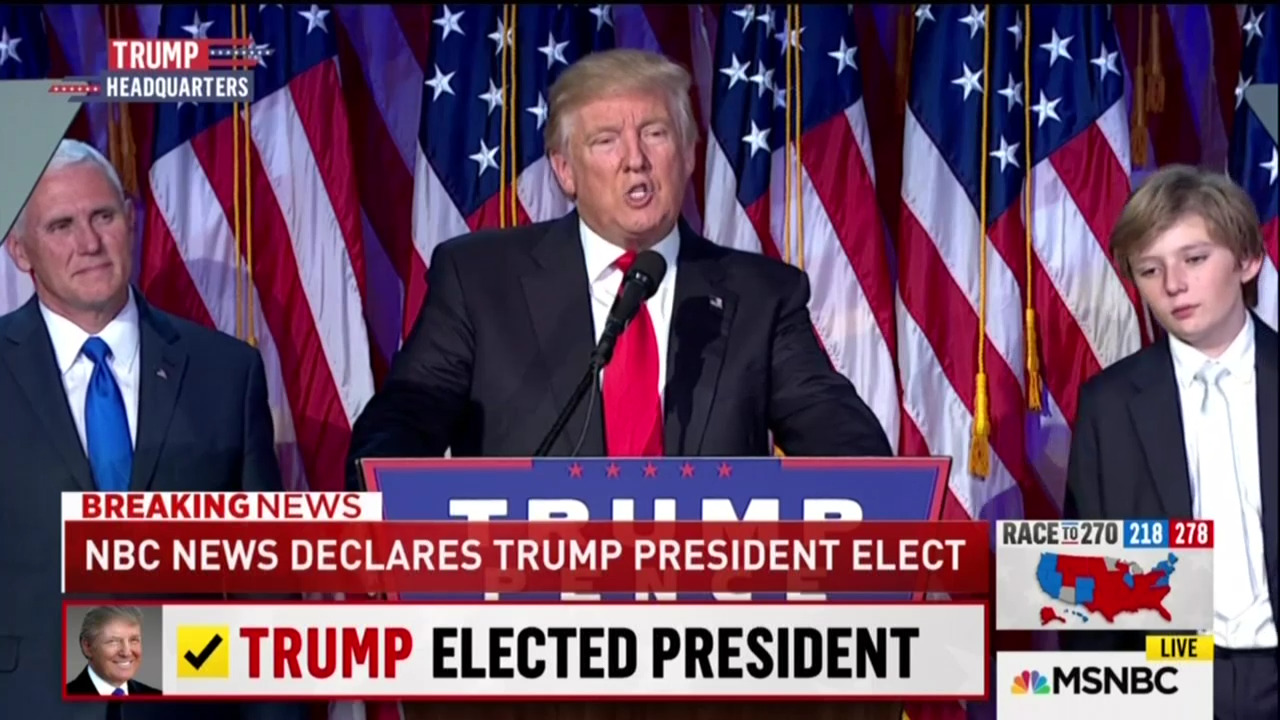 Exactly one year ago today, Americans elected Donald Trump as the 45th President of the United States. But in the days leading up to the election, the establishment news media made it seem as if a Trump victory was unthinkable, as they touted their own polls and predictions as if they were facts.

On the October 18 CBS Evening News, then-anchor Scott Pelley suggested Hillary Clinton’s nine-point lead was safe: “No trailing candidate has ever made up a deficit that big this late.”

Five days later, on ABC’s This Week, host (and former Clinton operative) George Stephanopoulos invited Clinton’s chief strategist Joel Benenson to celebrate a poll showing a big lead for his candidate: “Is it over?”

On World News Tonight that same evening, correspondent Jonathan Karl marveled at how Clinton had a lead among men as well as women: “If those numbers remain anything like that, you could be looking at not just a loss, but a blowout.”

The next night, October 24, Pelley once again warned: “Time is running out for Donald Trump....No candidate down this far this late has ever recovered.”

On November 2, with just six days to go, NBC’s Chuck Todd told Nightly News viewers that Trump “can win all the battleground states, sweep out west, Florida, North Carolina, Ohio, and he would still come up short.”

Moments later, campaign strategist Nicolle Wallace tried to slap down any remaining hope that was left on Team Trump: “Here’s the cold hard truth for them: The best case scenario, if they do everything right, they lose with 266 electoral votes.

Reporters dotted their stories with good news anecdotes that helped paint Clinton as inevitable. On the November 2 Evening News, for example, correspondent Nancy Cordes was impressed how “in Florida, Hispanic early voting is up 139 percent from this point in 2012, driven in part by Trump’s comments about Mexicans.” 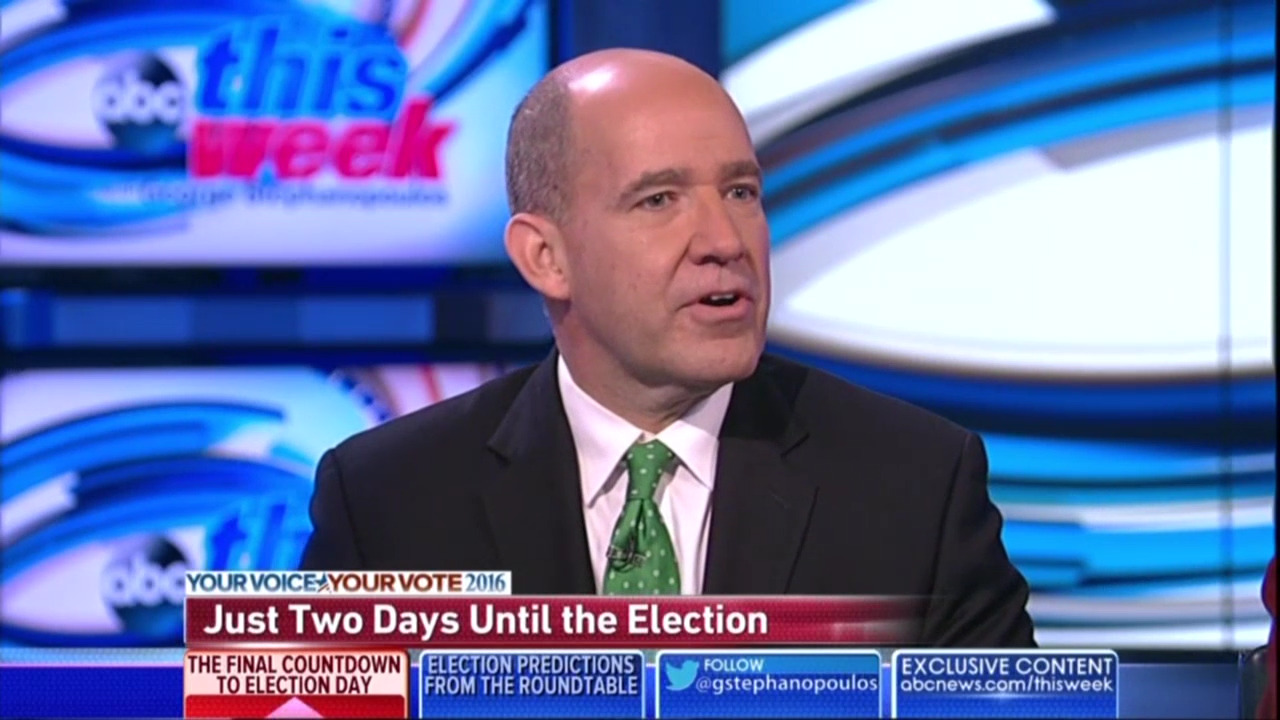 On Sunday, November 6, ABC strategist Matthew Dowd went on This Week to confidently predict a big win for Hillary Clinton: “I think she’s got about a 95 percent chance in this election and I think she”s going to have a higher margin than Barack Obama did in 2012.”

That night on World News Tonight, Jon Karl reported that models already showed Clinton over the top: “If she just holds the states that favor her, look, on the top, 275 electoral votes, more than the 270 needed to win.”

CNN’s John King made the same point the next day, November 7, with only hours remaining in the campaign. Assuming Nevada would go for Clinton (as it eventually did), King told viewers: “At this point, if you look at map, Hillary Clinton already across the finish line at 274.”

The final hours of campaign coverage amounted to a barely-concealed victory lap for Clinton. “A top Clinton campaign official tells me the mood inside the campaign right now focused, energized, and aiming to stay on offense,” NBC’s Welker cheered on the November 6 Today show.

Reporting on November 7, CNN’s Jeff Zeleny was one of many who saw Clinton “on the brink of history, as the country decides whether to elect its first woman president.”

On that night’s Nightly News, correspondent Andrea Mitchell enthused that “Hillary Clinton clearly feels she’s on the verge of going where no woman has ever gone.”

She expounded on that theme a few minutes later on MSNBC’s Hardball while standing outside Independence Hall: “She’s talking about becoming the first woman President, and this is where the Founders met. Just think about what history she would be making tomorrow, if she’s successful.”

The history books, of course, wound up with a much different ending than that wished for by many in the media last year. As reporters now thump their chests and label themselves as “facts first,” they should look back with some humility at their performance in last year’s campaign, when they couldn’t tell the difference between prognostication and speculation, vs. actual facts.