Starting last week, NewsBusters has been revealing the winners and top runners-up for each category in the MRC’s “Best Notable Quotables of 2015,” our annual awards for the year’s worst journalism. Today, the “Audacity of Dopes” award, for the wackiest analysis of the year, but first, in case you missed anything over the long holiday weekend, here are links to those posts:

On Friday, the “Harsh to the Huddled Masses” award, for attacks on the GOP candidates for their supposed hostility to immigration. Yahoo! News anchor Katie Couric won this prize for suggesting to GOP presidential candidate Ted Cruz that he lacked “empathy” because he didn’t support Barack Obama’s unilateral executive action on amnesty.

On Saturday, the “Ruining the Revolution Award,” for journalists wailing about how awful it will be for communist Cuba to become more like the capitalist U.S. Fox News Channel anchor Shepard Smith won this award when he fretted that American businesses such as Taco Bell or Lowe’s could “ruin” the Castro brothers’ communist paradise.

As always, thanks to our 39 judges who patiently reviewed dozens of quotes to select the very worst of the worst; the full list of winners can be found at www.MRC.org. 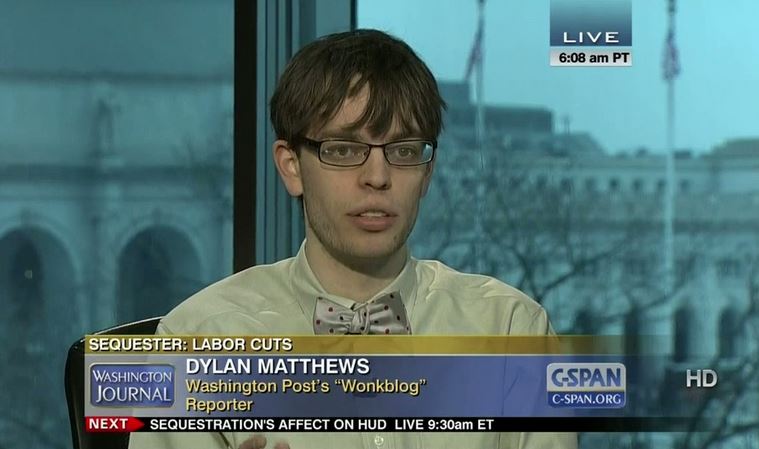 Now to the dopiest quote of 2015: Winning this “honor,” Vox.com writer Dylan Matthews, who wrote a piece just before the July 4 Independence Day holiday calling the American Revolution a “mistake” because it led to things like the 2nd Amendment (horrors!) and a federal government that spends less (scandalous!) than the typical European parliamentary government:

“American independence in 1776 was a monumental mistake....I’m reasonably confident a world in which the revolution never happened would be better than the one we live in now, for three main reasons: Slavery would’ve been abolished earlier, American Indians would’ve faced rampant persecution but not the outright ethnic cleansing Andrew Jackson and other American leaders perpetrated, and America would have a parliamentary system of government....Government spending in parliamentary countries is about 5 percent of GDP higher.”

Runner-up in this category, the notoriously left-wing New York Times columnist Paul Krugman, who, in a December 29, 2014 interview, told Vox.com’s Ezra Klein that no one could guess his political leanings:

“As a Times columnist, I can’t do endorsements, so you have no idea which party I favor in general elections.”

“Right now, thousands of Americans are marching in New York and Washington and across the country, demanding a justice system that applies the same to everybody and honors our values. We want you to know that our hearts are out there marching with them.”

And finally, MSNBC’s Chris Matthews on the May 13 Hardball blamed our lack of a dictatorial political system for the fact that train tracks aren’t laid out in a straight line, leading to the potential of derailments. Apparently, Matthews never considered that train tracks also need to curve in order to bypass hills, lakes, and other natural barriers.

“We have a country where people can complain. In communist countries like China, they just draw a straight line, whether it goes through your house or not, it’s a straight line. We have this Amtrak, I’ve been taking it for a half a century, it doesn’t go in a straight line. In this case, it tried to make a turn and turned over, because there’s so many turns on that route. How do you get rid of the turns?”

Tomorrow: the “Ku Klux Con Job Award,” for smearing conservatives with phony racism charges. The full report, with 10 categories plus the judges’ selection of Quote of the Year, is available at: www.MRC.org.