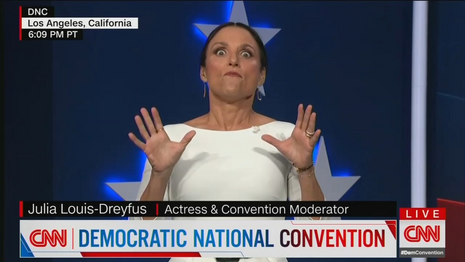 Liberal stars may produce movies in Los Angeles, but they often don’t film movies in California. And there’s a reason: It’s’ incredibly expensive. So they often go to red states because of their more sensible tax policies. However, these same celebs now want help “turning Texas blue on Tuesday, November 3.

Some of the people leading the charge are Seinfeld actress Julia Louis-Dreyfus, comedian Amy Schumer and Alecia Beth Moore, a singer better known simply as “Pink.”

According to an article posted on Tuesday by Mediaite's Andrew Shuster, the celebrities are calling on fans to donate to the Texas Democratic Party, which began with a tweet from Louis-Dreyfus: “There’s no debate. If we #TurnTexasBlue, Trump is through. $38 for 38 electoral votes. Match me at 38for38.com.” 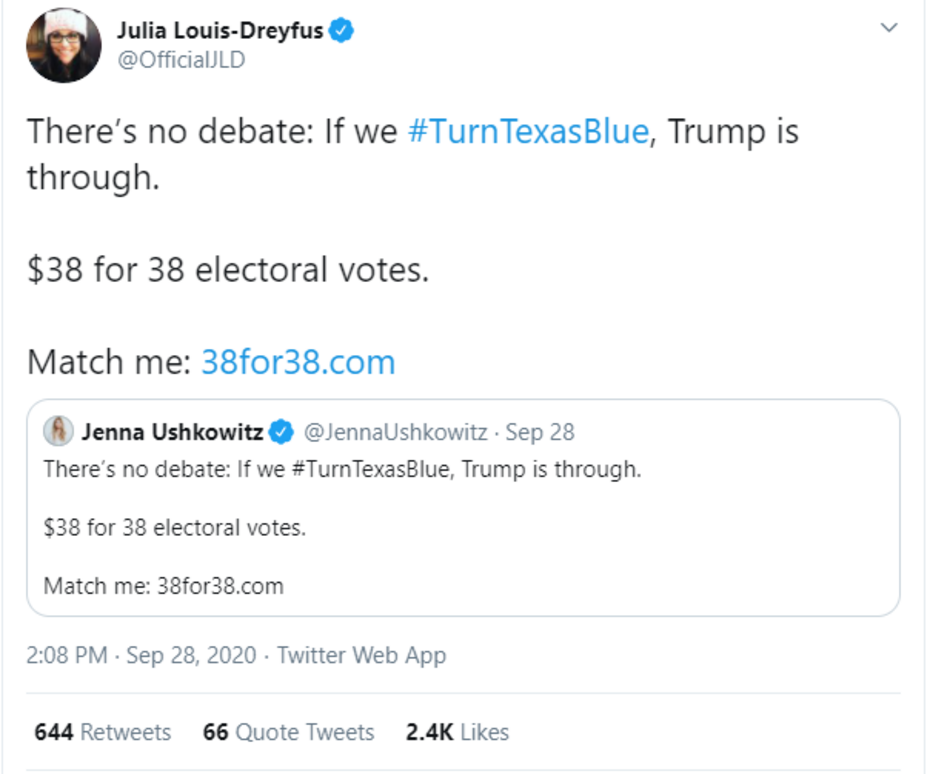 The message includes a link to the Texas Democratic Party’s website, which is asking for donations “to keep strengthening our party and build a brighter future for the next generation of Texans.”

In June, Shuster stated, “the party raised $1 million in a week thanks to contributions from 40,000 donors.”

“Now, it’s time to finish the job,” the party’s donation page reads. “If we can raise another $1M, we’ll be able reach out to more than 1.5 million newly registered Texas voters, beat Trump and flip a key Senate seat.”

While Schumer and Pink responded to the message that day by repeating the Seinfeld actress’s tweet, other participants in the fundraiser have included television producer Andy Cohen, stand-up comedian Patton Oswalt, actress Ellen Pompeo and liberal documentary-maker Michael Moore.

Of course, this wasn’t the first time Louis-Dreyfus dabbled into politics. In late August, she hosted the fourth night of the 2020 Democratic National Convention and took part in a lame joke regarding the pronunciation of Vice President Mike Pence’s last name.