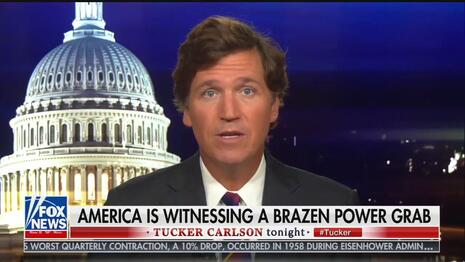 Fox News continued to dominate its liberal competitors in July as viewers delivered it another ratings victory over CNN and MSNBC. The cable channel, for the 49th month in a row, won both total day and prime time viewers -- achieving its highest-rated July ever. A FNC press release explained that the channel has now spent "223 consecutive months as the top-rated cable news network in total day and primetime across total viewers."

When one looks at the hard-left, agenda-driven coverage of CNN and MSNBC, the viewer reaction is not surprising. The press release explained:

Not only that, but "FNC also delivered the top two telecasts in all of cable for the month of July with special coverage of President Trump’s speech at Mount Rushmore and averaged over 1 million viewers in the demo." That might have something to do with the fact that Fox actually covers the President and allows him to speak. MSNBC was bashing Trump's Mount Rushmore speech WHILE it happened. During Trump's June 20 campaign rally kickoff, CNN and MSNBC censored 97 percent of the speech.

Many of FNC’s evening programs, as well as the network’s entire prime time lineup, delivered their highest-rated July ever in total viewership, including Hannity, Tucker Carlson Tonight, The Ingraham Angle, The Five, FOX News @ Night, and Outnumbered Overtime with Harris Faulkner. Ranking as the top program in all of cable news, Hannity garnered nearly 4.1 million viewers and 687,000 in the coveted demographic of people ranging from 25 to 54 years old.

Meanwhile, the weeknight Tucker Carlson Tonight program won that key demographic with 695,000 viewers, as well as 4,020,000 watching overall. Also, both programs marked six straight months of averaging more than four million overall, and episodes of each edged out ABC’s Good Morning America and NBC’s Today Show and Meet the Press.

How bad are things for CNN in contrast. The press release explained that at 5PM, The Five dominated, "earning prime time-like numbers and scoring 3.3 million viewers and 489,000 in the 25-54 demographic. The program also outpaced CNN’s Cuomo Prime Time and MSNBC’s Last Word with Lawrence O’Donnell. At 7PM/ET."

Ouch. Well, considering that Cuomo apparently views half the country as racist monsters, it's not surprising they avoid his show. By comparison, MSNBC’s heavily promoted debut of The ReidOut saw double-digit declines in both total viewers (down 32 percent) and the key demo (down 11 percent) during its first week. Friday also marked the first time that show delivered under two million total viewers, while The Story draws more than two million each evening.