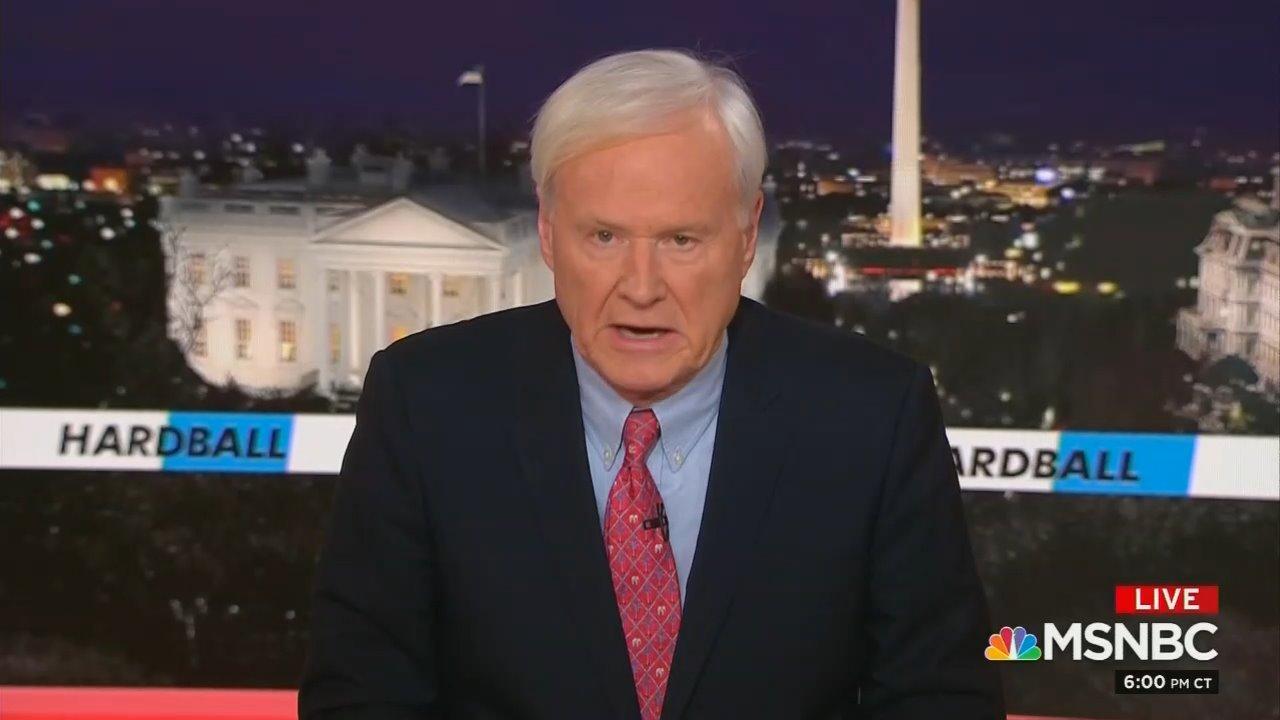 It’s been almost two months since former Hardball host Chris Matthews stepped down from his weeknight post after claims of sexual harassment. But the MSNBC veteran demonstrated in an interview late last week that his views are just as liberal now, even though he still may not be a fan of Bernie Sanders.

After stating that the sexual harassment charge made against him by GQ columnist Laura Bassett was “highly justified,” Matthews noted that Bassett had “accused him of making repeated, inappropriate comments to her.”

“I accepted the credibility of the complaint in the article,” he said. “I didn’t want to challenge the person that made the complaint and wrote the article” because "I thought it was very credible and certainly within the person’s rights to write that article, of course. That was highly justified.”

Ken Meyer, a writer/editor for the Mediaite.com website, noted on Sunday:

When Bassett raised her allegations against the MSNBC host in February, she recalled an incident where she was sitting in a makeup chair waiting to go on air with Matthews when he told her: “Why haven’t I fallen in love with you yet? Keep putting makeup on her, I’ll fall in love with her.”

Bassett’s other accusations were accompanied by separate reports on Matthews’ controversial statements over the years, which culminated in him apologizing on air and abruptly announcing his retirement in early March.

However, on Saturday night, Bassett posted: “I appreciate him owning up on this and respect how he handled it.”

Also during the lengthy Vanity Fair interview, Matthews continued his feud with the Sanders wing of the Democratic Party, deriding:

“I think the kitchen table approach, the social and economical security, is always going to sell better with me than the ideological approach,” he continued. “If you start with me with the ideological, ‘I’m a socialist, I want to believe in government doing stuff, I trust the government to do all this stuff, I don’t want a lot of individual freedom out there to make these decisions, I want the government to make the decisions, their choice about healthcare,’ that’s not going to sell with me. I want a free society that has a good social safety net. I think you can have both together if you’re not ideological about it.”

In the original article written by Joe Hagan, the special correspondent for the Vanity Fair magazine and website stated: “Matthews believes that [Former Vice President Joe] Biden has to be convincing on the issues that [Massachusetts Senator Bernie} Sanders injected into Biden’s platform, like student debt.”

“I think Biden has to absorb to his heart some of these progressive programs,” Matthews said before noting that “they have to be his."

As NewsBusters reported in March, the MSNBC host got into trouble during the Nevada primary when he compared the Sanders victory to the Nazi takeover of France during World War II, offending the Massachusetts senator -- who is the Jewish son of Eastern European immigrants.

”At this time,” Hagan noted, “Matthews is in quarantine at his home in Maryland, writing his memoirs for Simon & Schuster and fielding letters of support from fans.” “People say they miss me," the host added. "I miss them, too."