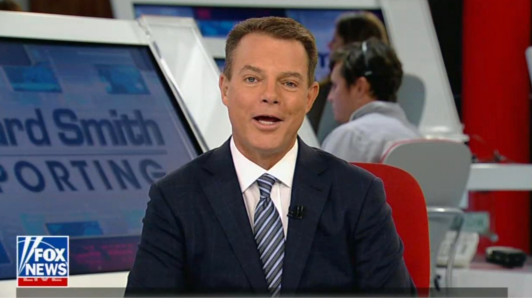 Even though MSNBC isn’t in severe ratings trouble like CNN, executives at that liberal channel are nevertheless considering making big changes to their weekday and weekend schedules. Among the shifts being considered are hiring former Fox News Channel anchor Shepard Smith and sending Chuck Todd’s “lackluster” MTP Daily program to the 9 a.m. slot on weekdays.

According to an article from such Daily Beast website contributors as Media Reporter Maxwell Tani, Editor-at-Large Lloyd Grove and Senior Reporter Lachlan Cartwright:

MSNBC talent and staffers are bracing for a major 2020 shakeup amid discussion of moving ratings-challenged Chuck Todd to a morning slot and execs talking with Fox News escapee Shepard Smith.

The goal of any reshuffle would be to shed ratings dead weight in the lead-up to the election. Sources at the network cautioned that a new look for the lineup is still up in the air, but brass have been batting around several options.

The writers noted that Smith “abruptly quit Fox News late last year after on-air skirmishes with Tucker Carlson and other primetime hosts.” In addition, the former anchor has “had conversations with MSNBC President Phil Griffin about a potential gig when his non-compete clause expires.”

However, Tani, Grove and Cartwright stated that “much of the tinkering is focused on the daytime schedule.” The Daily Beast writers described the ratings of Todd’s MTP Daily show at 5 p.m. as “lackluster” even though the program airs between “the robust ratings of Nicolle Wallace’s 4 p.m. show and Ari Melber’s 6 p.m. show.”

As you might expect, Todd is said to be resisting such a move, and some of the show’s staffers are unhappy regarding the demands of an earlier time slot. “Other names, like 2 p.m. host Katy Tur, have also been floated” for the 3 o’clock slot, which will be “vacated when anchor Ali Velshi moves into a new ... role,” the writers added.

Tani, Grove and Cartwright then turned their attention to the channel’s weekend slate, where Joy-Ann Reid’s 10 a.m. Saturday and Sunday shows draw “a healthy viewership” and are seen as “the anchor” of that schedule.

Meanwhile, Ali Velshi, “who currently hosts several hours of weekday programming, is moving to his weekend show” sooner rather than later. All of this internal speculation could be disrupted when NBC News and MSNBC Chairman Andy Lack and NBC News President Noah Oppenheim leave the organization after Steve Burke -- a supporter of both -- steps down as chairman of NBCUniversal in August.

Some insiders have wondered whether MSNBC weeknight hosts Chris Matthews and Lawrence O’Donnell would survive in primetime, but a different source stated: “It all depends on what happens with the election. You could see either ... moving on to other endeavors or staying for another round.”