Brzezinski Publicly Backed Brokaw But Apologized to His Accuser in Private 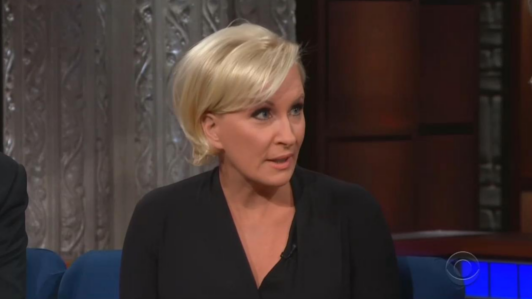 The #MeToo scandal that began in 2017 is still producing ripples, not just to the men who have been accused of sexual harassment, but also some of the women who went public with their stories.

One of those instances pitted Morning Joe co-host Mika Brzezinski against former NBC News correspondent Linda Vester, who accused NBC anchor Tom Brokaw of sexual impropriety when the two worked together at NBC in the 1990s.

According to Fox News media reporter Brian Flood, the conflict between Vester and Brzezinski began when Brzezinski signed a public support letter in April of 2018 for Brokaw. Three months later, according to text messages obtained by Fox News, Brzezinski apologized to Vester privately, (but still wouldn't admit it publicly.)

According to Flood, “it irked Vester that high-powered women could blindly defend a powerful man, so she said she couldn’t resist confronting Brzezinski when she had the chance.”

“We knew each other. I saw her, she said ‘Hey,’ and then I slowed down and I said: ‘So, I just have to ask you, why did you sign that letter?’And she went off on me in a way that was so shocking,” Vester told Fox News about the exchange that occurred outside the home of Brzezinski and “Morning Joe” namesake Joe Scarborough.

Brzezinski “started yelling at me, saying Tom Brokaw is an old man, and he probably wouldn’t survive" the allegations.

According to Vester, a heated argument ensued but eventually Brzezinski calmed down and admitted, “‘I believe you, I believe your account.’”

The MSNBC co-host has also come under fire for criticizing the woman who first accused former Minnesota Senator Al Franken of sexual misconduct and reportedly tried to help salvage the career of her former colleague, now-disgraced political journalist Mark Halperin.

However, Brokaw was protected and defended by his media colleagues. "NBC News reportedly never conducted a thorough investigation of the misconduct claims,” Fox News reported.