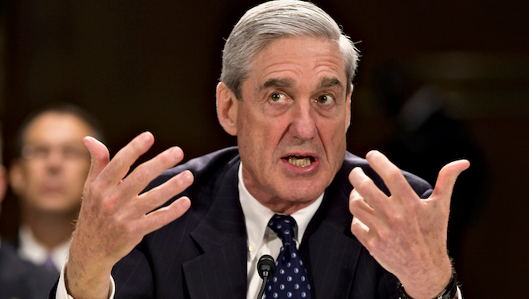 Liberals are obsessed with the upcoming congressional testimony of special counsel Robert Mueller on July 17, but they're worried about what Republicans will ask. The Daily Beast warned on Sunday night of "Team Trump's Plan to Destroy Mueller" by asking about "FBI lovers" Peter Strzok and Lisa Page.

The article by Daily Beast reporters Asawin Suebsaeng, Sam Brodey and Erin Banco, conservative members of the House Judiciary Committee are preparing to be “adversarial inquisitors” on that Wednesday.

The reporters stated that "Strzok has become a conservative bête noire among right-wing talk radio, Trump’s favorite cable-news channel and the Republican elite." Strzok has “become such a major fixation within Trumpworld that the President himself has regularly brought up the Page-Strzok relationship, including a conversation between the two that touched on an ‘insurance policy’ should then-candidate Trump beat Hillary Clinton.”

In other words, it's not a liberal-media fixation, like Trump aides Paul Manafort and Roger Stone.

The liberal fixation is this idea that if the American people just heard more and more and more about non-existent collusion and no indictment for obstruction of justice will -- any day now -- ruin the Trump presidency.

For months, the Democrats, knowing the majority of the American public had not read the Mueller Report, have aimed to get the special counsel to appear before Congress. By simply having Mueller appear on national television, it would be a win for the party, lawmakers said.

The article also noted that Democratic staffers “are spending the next few weeks of preparation re-reading the Mueller Report, focusing on what questions they need the former special counsel to answer in the affirmative, especially because he is going to be testifying on national television.” As if people who haven't read the Report are going to watch MSNBC all day?

They then stated: "For President Trump’s lawyers, who spent many months in a standoff with the special counsel’s office, they’re looking forward to Mueller getting his next day in the spotlight,” the reporters noted.

However, Suebsaeng, Brodey and Banco showed their true colors when they claimed: “For some high-profile Trump loyalists, the July 17 event will also function as a spiteful game of ‘I Know What You Are, But What Am I?’”

“If I could question him, it would be respectfully hostile…[and] aggressive,” said Rudy Giuliani, the former New York City mayor and a lawyer for Donald Trump.

“How did the Strzok-Page texts and emails get erased?” Giuliani said he’d ask. “Trump didn’t do that -- no deleted texts or emails -- and you [Mueller] question whether he committed obstruction.”

He continued: “Did anyone review that material before it was destroyed? Who, and did they give you a written report on what they decided about the texts?”

“For others in the Trump orbit,” the reporters noted, “it’s much more personal.” They referred to Michael Caputo, a former Trump campaign adviser who was interviewed by Mueller’s team. Caputo noted that his legal costs have skyrocketed to higher than $200,000, his business had to close two offices, he laid off half of his employees, and his firm lost nearly three-quarters of its client base. Caputo added:

The Mueller report was shot through with omissions and innuendo, clearly written to leave doubt in American minds and give partisan assistance to the president’s opposition.

If the Republican committee members don’t take this opportunity to highlight this travesty in their questions, they should resign immediately after the hearings.