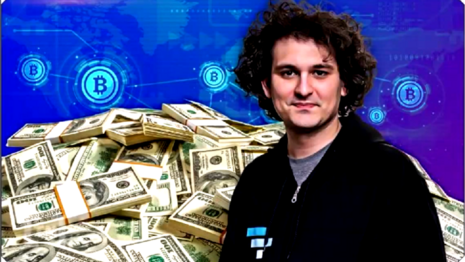 During a Twitter DM interview by Kelsey Piper of Vox with FTX CEO Sam Bankman-Fried last week, something remarkable happened.

Bankman-Fried ditched his annoyingly sanctimonious "monk-like" mask and revealed his true self: a greedy cynic who is laughing at the world, including the gullible media, for believing his phony "effective altruism" shtick as you can see in the section of the interview below.

DMs from founder of FTX Sam Bankman-Fried were exposed on Vox Media where he was asked if "talking about ethics" was just a "game of winners and losers".

And among the suckers who completely bought into the "dumb games we woke westerners play" Bankman-Fried was the host of the video below who was lionizing the FTX CEO because he was saying "all the right shibboleths so everyone would like" him.

But as gullible as the video host was, it was no worse than the many many news sources that sung the praises of Bankman-Fried not only because he saying "all the right shilobeths" but especially because he was the second biggest donor to the Democrats this past year.

Here are just a few of the news outlets acting as worshipful acolytes singing "effective altruism" praises for their beloved Sam the Scam:

Bloomberg "News" was so sickeningly sweet as to threaten a diabetic episode in anybody who reads their April 3, 2022 paean by Zeke Faux, "A 30-Year-Old Crypto Billionaire Wants to Give His Fortune Away."

As he fields questions about how the U.S. should regulate his industry, he pulls up a fantasy game called Storybook Brawl, chooses to play as “Peter Pants,” and prepares for battle with someone who goes by “Funky Kangaroo.”

“We’re anticipating a lot of growth in the United States,” Bankman-Fried says as he casts a spell on one of the knights in his fairy-tale army.

Just a child-like innocent fantasy gaming waif, or so he was portrayed at the time before he was revealed as Sam the Scam who crashed the crypto market.

The New York Times which on May 14 slobbered all over Bankman-Fried with this saccharine drool from David Yaffe-Bellany: 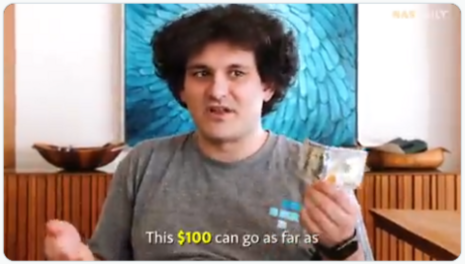 As might be expected for a young man raised on dinner-table discussions of moral theory, Mr. Bankman-Fried is also an admirer of Peter Singer, the Princeton University philosopher widely considered the intellectual father of “effective altruism,” an approach to philanthropy in which donors strategize to maximize the impact of their giving.

When Mr. Bankman-Fried was an undergraduate at the Massachusetts Institute of Technology, he had lunch with one of Mr. Singer’s disciples, Will MacAskill, a co-founder of the Centre for Effective Altruism. “He was like, ‘Oh yeah, I was raised as a utilitarian,’” Mr. MacAskill recalled. “I didn’t know that happened.”

Fortune on June 1 got closer to the truth as to why the media loved Bankman-Fried, namely using "effective altruism to help Democrats.

The absolute love of the Business Insider's Phil Rosen was blurted out right at the start of his adulatory story on April 4 in the title, "Crypto billionaire Sam Bankman-Fried plans to give away 99% of his money as the FTX CEO embraces 'effective altruism' and shuns luxury."

The list of recent media tongue baths for Sam (the Scam) Bankman-Fried goes on and on. It must be embarrassing for the perpetrators of this adulation to know that the object of their love was cynically laughing at them the whole time because he knew just which buttons (especially the big donations to Democrats button) to push.