Twitter Engineering Manager Whines That Elon Musk Has 'Broken' Him 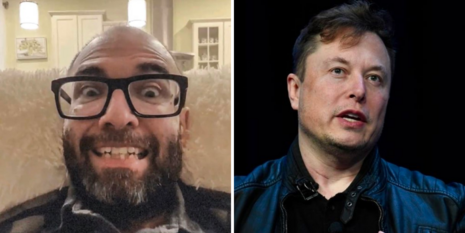 Apparently it doesn't take much for Twitter engineering manager Jay Holler to be "broken." In his case, Holler whined that Elon Musk has "broken" him simply by buying the shares of Twitter stock and being named to its board of directors. Although Holler thinks that is what has broken him it is really the reaction to his petty whining that could break Holler into a thousand little pieces.

Let us start with Hollers pathetic whine on Twitter about being broken by Musk upon finding out he is the largest single shareholder of the company.

Of course, Holler's plaintive whine received almost no sympathy but lots of mockery.

Awww pumpkin, did you wake up one day to the harsh reality of how the world really works? Has baby's bubble been burst?

It's sad to see someone who has such a phobia about free speech. Seems like tolerance really isn't something you value, angry boy.

No, you will be broken when you are fired for refusing to allow free speech. LOL.

Holler has such little self awareness that the one thing that probably could break him is getting fired which he made much more likely by bad mouthing his boss, the CEO of Twitter:

Perhaps the worst Tweet I have ever seen. https://t.co/NcAxBujS9o

WOW I spoke too soon! https://t.co/6Oc6gcLcwu

As if to ensure his departure (which probably will break him) Holler also tweeted this disdain for Elon Musk.

For the first time, @Twitter leadership includes someone I had proactively Blocked on this platform.

It will be interesting to find out how many of his fellow snowflakes at Twitter share Holler's views and are willing to air them so publicly. Probably not so many of the latter because in these times losing a plush job can really break you especially if you have as large a chip on the shoulder as Jay Holler.