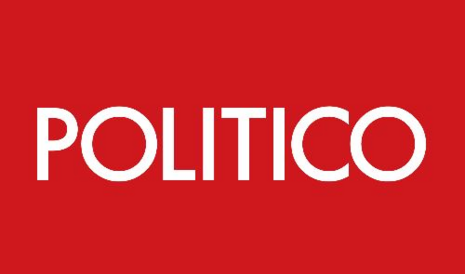 There is an upside to the media's extreme closeness to Democrats. They can tell us how Democrat insiders really feel about their chances to pass legislation. On Thursday, Politico signaled that not one, not two, but THREE major bills were doomed to fail in Congress.

The first major bill that seems doomed is the H.R. 1 bill for federalizing elections, as you can see in "Black Democrats urge party to shift its voting rights push."

Democrats have spent months touting an expansive proposal that would reshape U.S. elections. But with the bill’s Senate prospects growing more dire, key members of the Congressional Black Caucus are pushing to narrow their strategy.

The massive election reform measure known as H.R. 1 passed the House last month, but it has yet to win unified support from the 50-member Senate Democratic caucus amid a fierce GOP pushback effort that casts it as an aggressive consolidation of political power. With that Senate logjam in mind, a group of Black Democrats is pressing to elevate a more targeted voting rights bill — named for and championed by the late Rep. John Lewis — that they believe could be a more successful sell on Capitol Hill.

The reality for Democrats is that the Lewis legislation won’t be much easier to pass than H.R. 1, which includes sweeping election administration mandates. Many in the party believe that no matter which bill the party prioritizes, success will require abolishing the filibuster that now requires 10 GOP votes to get most measures through the Senate.

Add to that the massive "infrastructure" package. You don't have to have political expertise to read that message since it is blatantly declared in the title of the press release disguised as an article, "Biden unveils sweeping climate goal — and plans to meet it even if Congress won't." We are told:

For the U.S., after more than two decades of policy reversals on climate change, the U.S. will face skepticism in convincing the world it can follow through on the goal, especially given the long odds Biden's infrastructure and climate proposal — the American Jobs Plan — faces in passing the narrowly divided Congress. Administration officials contend that their 2030 target is achievable without enacting that plan through legislation.

And just how Biden can achieve his goal via executive action alone is not revealed. We're just told they will take a "whole-of-government approach," although congressional action "would certainly hasten the transition to a clean future."

But wait... THERE'S MORE! The D.C. Statehood is bill doomed or as they say it, "D.C. statehood hits a snag in the Senate."

STATE OF DC STATEHOOD -- TROUBLED: The House is voting today on a bill that would grant D.C. statehood -- legislation that Republicans oppose and that Majority Leader Steny Hoyer (D-Md.) says he expects will have all House Democrats on board. After all, all but two House Democrats are co-sponsoring the legislation. But the House isn’t where you should be watching.

Our Senate whisperer, Burgess [Everett], talked to a number of Senate Democrats who either want more details about the bill, prefer prioritizing other legislation, or are just generally lukewarm on the idea of adding 51st state.

The statehood proposal, like other central elements of the Democratic agenda, may not make it to the Senate floor this year given its lack of unified support from Biden’s party. With infrastructure and voting rights bills proving difficult enough to get to the president’s desk, Democrats are putting long-held progressive priorities like a 51st state, Supreme Court expansion and a $15 minimum wage on the proverbial back burner while they focus on what’s actually achievable.

Most reporters don't want to ruin the political mood for liberals by talking turkey about what's going to pass. But these radical bills aren't looking good.