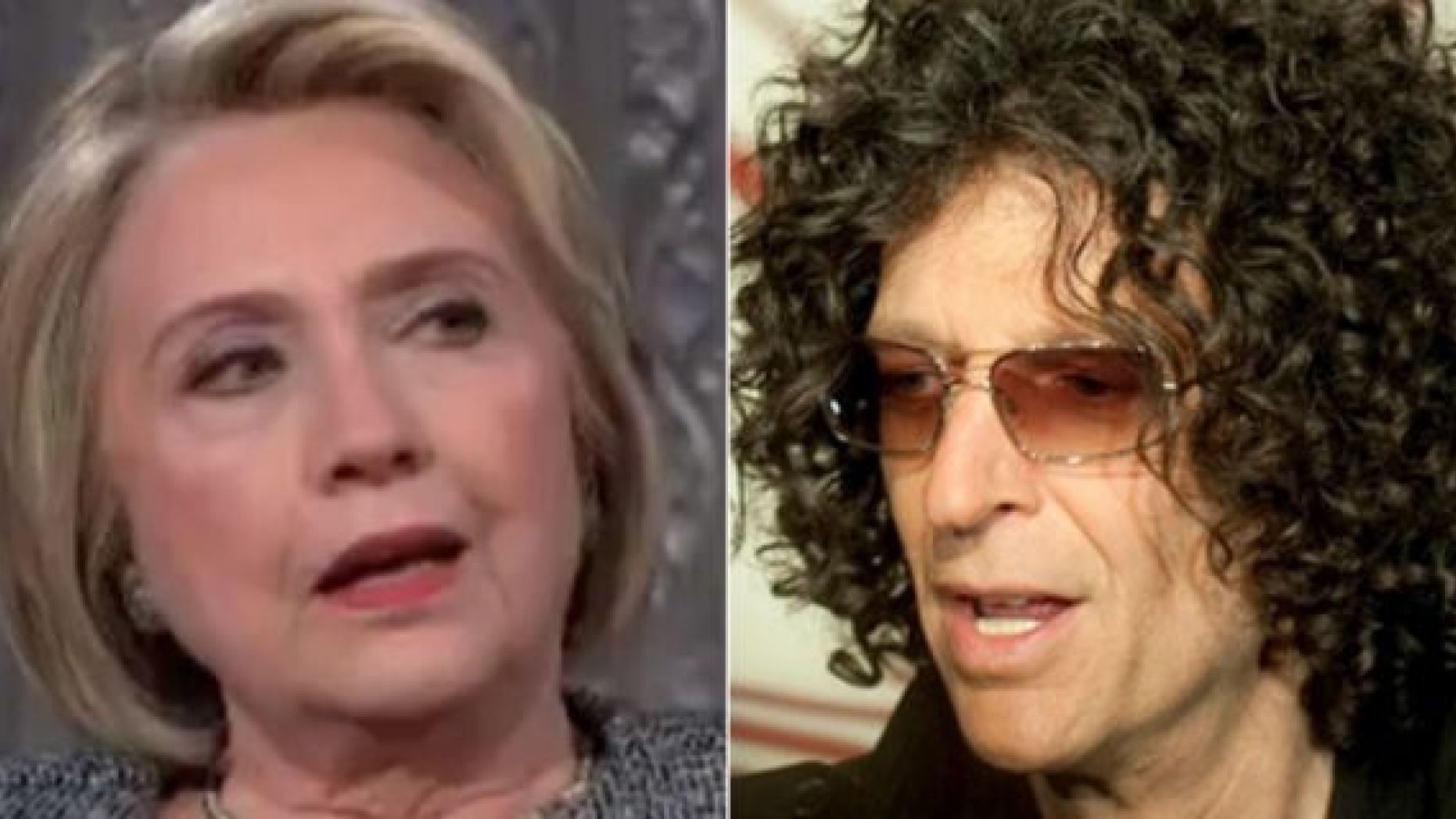 Try to imagine the most guarded, self-protective personalities you know. Chances are good that among that list of people the name of Hillary Clinton pops up. And yet, Politico hilariously wants you to believe that Hillary Clinton is now looking for inspiration on how to conduct her upcoming podcast show to that most open of personalities... Howard Stern.

Yes, we are supposed to believe that Hillary will soon be ditching her old artificial, unforthcoming personality, to take on a new Howard Stern aura of refreshing frankness. Politico painted this much less than credible fantasy on Thursday in "Coming to a podcast near you: Hillary Clinton."

Hillary Clinton is starting a podcast.

The former first lady, secretary of state, and 2016 Democratic presidential nominee is planning to launch a new audio program in late spring, just in time for her to have a powerful new megaphone during the 2020 election.

The other radio personality who influenced the format and style of the new Hillary Clinton show was even more unusual: Howard Stern.

Clinton had avoided Stern for decades when she was in the White House, Senate, Obama administration and as a presidential candidate. She finally agreed to appear on Stern’s show late last year during her promotional book tour. It was scheduled to be an hourlong session, but Clinton quickly succumbed to Stern’s well-known skills at getting his guests to open up with a mix of flattery, empathy and emotional mirroring.

Stern and Clinton ended up recording for almost 2½ hours, producing Stern’s longest interview for a non-musician in the show’s history.

Clinton was unfiltered. She joked that she “likes men” despite “what you may have heard,” discussed how Sen. Lindsey Graham may have suffered a “brain snatch,” complained that Bernie Sanders’ delayed endorsement in 2016 “hurt me,” and recalled that, when she phoned Trump to concede the election, “he was so shocked he could barely talk.”

Just how "unfiltered" would Hillary have been if Howard Stern had asked her about, say, Juanita Broaddrick?

Clinton enjoyed the relaxed environment that Stern creates at his studio, which isn’t too brightly lit and where guests sit amid throw pillows on a couch that looks like it was from Stern’s college dorm room. “It was an incredible experience,” said the person close to Clinton. “We’ve been thinking through based on that experience how to create a similar format.”

There is some irony that Clinton has gravitated to doing a podcast. As Stern repeatedly shows, what makes for a great interview is when a subject opens up and offers windows into character, motivation, relationships — the very things that Clinton the candidate was often unwilling to do. Her guardedness led critics to regard her as “inauthentic,” which arguably harmed her two presidential campaigns.

Clinton’s show will feature her in conversation with a brand-name guest, who might be drawn from world leaders and politicians, of course, but also celebrities, authors and perhaps famous chefs. Her team is experimenting with using a Stern-inspired ensemble plucked from the larger universe of Hillaryland to help loosen her up, keep the show conversational, and discuss the day’s news, perhaps at the top or bottom of the show. The search is on inside her organization for a Robin Quivers-like sidekick.

Paula Jones as a sidekick? That would definitely draw a big audience for the new "relatable" Hillary Clinton with the Howard Stern personality makeover.

Exit question: Is Hillary Clinton attempting to make herself somehow "authentic" in preparation for yet another presidential campaign run?