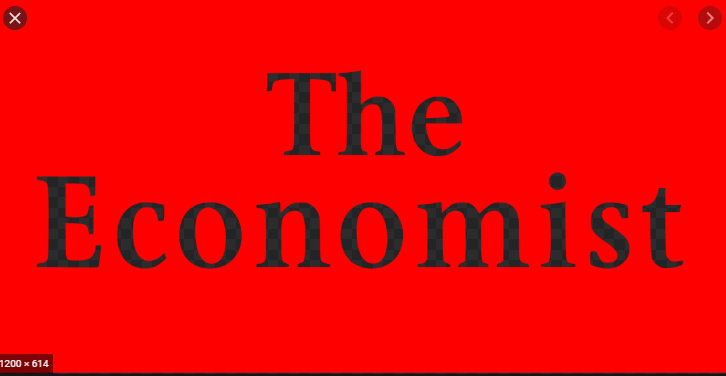 Remember the arguments from liberals about how massive immigration, both legal and illegal, was good for the country? Well, a certain publication is now questioning that proposition specifically on the grounds that it appears that the curtailment of immigration during the Trump administration seems to have the effect of raising blue collar wages.

The most surprising thing about this assertion is that the source is one which you would associate with being friendly towards Trump. It was The Economist, which was so hostile toward President Trump that shortly after his inauguration, it featured a cover illustration of Trump tossing a Molotov cocktail.

Now The Economist is stating in its February 13 edition, "Immigration to America is down. Wages are up." This was followed by a question in the subtitle, "Are the two related?"

The body of the article makes a pretty good case that the two are indeed related:

In both 2018 and 2019 nominal wages rose by more than 3%, the fastest growth since before the recession a decade ago. Americans at the bottom of the labour market are doing especially well. In the past year the wages of those without a high-school diploma have risen by nearly 10%. Intriguingly, this has come as America has turned considerably less friendly to immigrants, who are assumed by many to steal jobs from natives and lower the wages of less-educated folk. The two phenomena may be connected—but only for a while.

For the first time in half a century America’s immigrant population appears to be in sustained decline, both in absolute terms and as a share of the total. Net migration to America (ie, the difference between people arriving and people leaving the country) fell to 595,000 in 2019, the lowest in over a decade. This is a profound shift in a country which has often prided itself on its openness to outsiders.

And now some details on the wage increases.

Gordon Hanson of Harvard University suggests that if the impact of reduced low-skill migration is showing up anywhere, it will be in three particular occupations: housekeepers, building-and-grounds maintenance workers, and drywall installers. These occupations rely heavily on immigrant labour and the services they provide cannot be traded internationally. Average wages in those occupations are rising considerably faster than wages in other low-paid jobs, according to calculations by The Economist.

Intriguing evidence also shows up geographically. According to research by William Frey of the Brookings Institution, a think-tank, five big metro areas saw absolute declines in their foreign-born populations in 2010-18. Wages in those areas are now rising by 5% a year, according to our calculations. Cleveland, which is in one such area, has pockets of severe poverty but seems to be doing better than before. Many of the city centre’s astonishingly grand buildings are being converted into luxury lofts for millennials.

It is too much to expect The Economist to give credit for the wage boost to Trump but at least there is an acknowledgement that his immigration enforcement policies appear to be working.