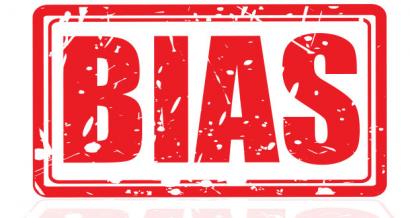 If you read a publication that claims newspapers have become biased, you might assume that the source of that charge was conservative. However, it might surprise you to know that even the liberal New York Review of Books also made that claim of bias in their February 27 issue in an article by Nicholas Lemann, "Can Journalism Be Saved?"

The story was a review of books about the state of newspaper journalism. Lemann was discussing a couple of books by Michael Schudson and Matthew Pressman when he made the unusual admission of flat-out newspaper bias in recent years:

In this era, newspaper journalists were becoming white-collar: paid better than they had been before, and more likely to be college educated and to think of themselves as independent professionals with the stature to question government officials and other institutional authority figures. The big newspapers’ enhanced profitability financed this status upgrade. Television and radio had eroded their ability to be the prime deliverers of basic facts about daily events; newspapers responded by turning to what Pressman calls “interpretive journalism” and Schudson calls “contextual journalism.”

Look at the front page of a first-rate American newspaper, and you’ll probably see that only a minority of the stories are summaries of events from the previous day and that several of them entail the reporters gathering information on their own and using it to present a conclusion they have drawn. That represented a big change from the newspaper tradition before the 1960s, which was more neutral, stenographic, and focused on official events.

Lemann recalls being a young reporter for The Washington Post, and how "we weren't so different from a prestigious deaprtment at a major university: we were intensely dedicated to our work, we were hyper-competitive and aware of our status within our professional peer group, and we had an exalted sense of the social function we were performing."

In other words, they were like arrogant academics. Spot on.

After revealing the truth about newspaper bias, Lemann seems to have suffered a relapse of TDS liberalism:

The urgent question the economic collapse of newspapers poses is how to replace the original information they used to generate and don’t any longer. If one wants to be optimistic, one could say that such information would claim an authority and trust that social-media posts do not; but even if it doesn’t, the information has public value. At the top of the list of disappeared journalism is local reporting (original reporting on Donald Trump, which is the opposite of local reporting, is one of the bright spots in American journalism at the moment).

Well, despite his TDS inclinations, at least Lemann did acknowledge in passing what most rational people have already known about newspaper bias. But like many on the Left, Lemann advocates more government-funded journalism for social(ist) uplift, because the market failures are leading the country in a benighted (Trumpian) direction:

What has happened in journalism in the twenty-first century is a version, perhaps an extreme one, of what has happened in many fields. A blind faith that market forces and new technologies would always produce a better society has resulted in more inequality, the heedless dismantling of existing arrangements that had real value, and a heightened gap in influence, prosperity, and happiness between the dominant cities and the provinces. The political implications of this are painfully obvious, in the United States and elsewhere: in journalism, the poorer, the more nativist, the angrier parts of the country (which vote accordingly) are the ones where journalism can’t deliver on its public promise because of its severe economic constraints. Journalism is a case in which it’s going to take a whole new set of arrangements, and a new way of thinking, to solve the present crisis.