Senator Elizabeth Warren, a leading presidential candidate, warned on Monday that the next financial crises is on its way. Surprisingly, that dire prediction was mocked by Politico's chief economic correspondent, Ben White, the same day on CNBC's The Exchange. Only a few days before, White had been giving Warren some praise by writing that Wall Street wouldn't be too worried about her as president. This contrast makes White's change in tone even more noteworthy.

Here are White's comments on CNBC in which he declares that Warren is using bad numbers for her forecast.

She's got multiple plans. This thing sort of surprised me that she's calling for an economic crash and it could look pretty silly if it doesn't happen over the next couple of years...

...She also, I think, misrepresented some of the numbers in that she's talking about household debt being at unprecedented levels. She didn't qualify anything for inflation. And if you look at debt to income right now, its actually much lower than was before the crises. And it actually doesn't look that bad. So I think there's some exaggeration in here.

White, along with Aubree Eliza Weaver, elaborated more on this on Tuesday in Politico in "Warren's problematic warning." 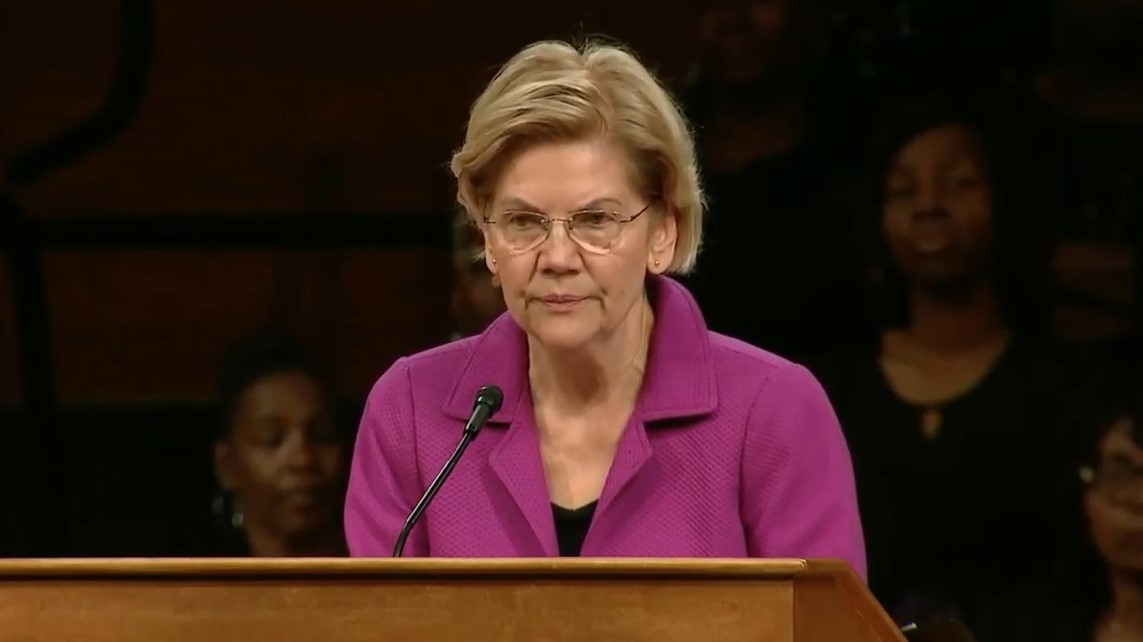 Sen. Elizabeth Warren (D-Mass.) warned that the economy is ripe for a major crash, citing high household and corporate debt, the trade war with China and a possible hard Brexit, among other scary risks. She used the warning to push many of her policy prescriptions including canceling student loan debt and investing in green manufacturing.

But the picture she paints doesn’t exactly match what is actually happening and it risks looking foolish if none of the doom and gloom arrives. Credit card debt may be as high as 2008 but that’s in non-adjusted numbers.

A progressive economist emails: “[T]aken as a whole it’s hard to say that the household debt situation looks very much like what she was warning about from 2003-07, the attached chart is overall debt (mortgage, student loan, credit card, auto, etc.) relative to income. Also this is debt/income. If you looked at debt service/income you would see an even more reassuring picture.”

It sounds like White is characterizing Warren's economic analysis with faulty numbers as GIGO: Garbage In, Garbage Out.