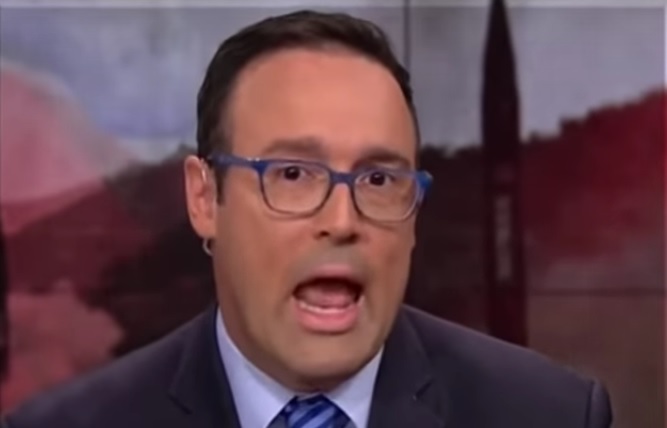 If CNN's Chris Cillizza were the District Attorney on a Perry Mason episode, the famed lawyer could just sit back and relax because the prosecutor would make the case for him that the defendant was not guilty.

This is basically the absurdity that silly Cillizza performed in his Friday column. After going through a lot of effort pointing out how the Donald Trump 2016 campaign could have colluded with the Russians, Cillizza concludes that there is no proof that such collusion took place. Case closed. So why did he even bother to try to make it in the first place? Perhaps someone out there could channel the network jester to explain his bizarre thought patterns to us.

First Cillizza goes into detail as to why he thinks collusion with the Russkies could have taken place (click "expand"):

Let's start with what we know.

We know, because it was the unanimous conclusion of the intelligence community, that Russia sought to interfere in the election to help Trump and hurt Hillary Clinton, believing the billionaire businessman was better for them.

We know that multiple people within Trump's orbit -- former national security adviser Michael Flynn, former foreign policy adviser George Papadopoulos, former Trump lawyer Michael Cohen -- have all pleaded guilty to making false statement to either Congress or federal investigators (or both) regarding the nature and breadth of their contacts with the Russians during the campaign.

We know that former Trump political adviser Roger Stone has been charged with lying to Congress about his knowledge of and dealings with WikiLeaks, the website that served as a clearinghouse for emails the Russians stole from the servers of the Democratic National Committee and Clinton campaign chairman John Podesta.

We know that many of the contacts between Trump associates and the Russians date back to the spring of 2016 (at least), which is when Papadopoulos' bragging to an Australian diplomat that he knew Russia had dirt on Clinton set in motion what has come to be special counsel Robert Mueller's probe.

We know that in June 2016, three of the top officials in Trump's campaign -- Donald Trump Jr., Jared Kushner and Paul Manafort -- met with Russians, a meeting the top Trump brass took under the promise of "dirt" on Clinton.

We know that Manafort, the campaign chairman at the time, shared polling information with a Russian with known ties to Russia's intelligence operation.

Whew! So after all that, what is Cillizza's conclusion? Are you ready for the network jester to pull a hearty laugh out of you? Here goes...

None of that is to say that we have any proof that Trump himself colluded with the Russians. We don't.

Ladies and gentlemen of the jury! I have laid out in detail the reasons why the defendant could have committed the crime. All I lack is actual proof.