Remember how President Donald Trump cancelled the mid-term elections? Do you remember when he shut down the opposition press?

Of course not, primarily because it never happened despite the widespread portrayal in much of the mainstream media that the Trump administration is some sort of fascist regime. The idea promoted among the left that Trump is a fascist is nothing new and the latest example of this comes from Vox co-founder Ezra Klein on May 28 in which he compares Trump to the fictional fascist presidency of Charles Lindbergh in the late novelist Philip Roth's novel The Plot Against America:

In 2004, Philip Roth published The Plot Against America, a work of alternative historical fiction imagining a world where Charles Lindbergh drove Franklin D. Roosevelt from office. As we mourn Roth’s passing, it is worth remembering his warning.

Roth’s Lindbergh sweeps to the presidency on, literally, an “America First!” ticket. He takes over a fractured Republican Party and campaigns against the advice of consultants and politicians, flying his own plane around the country, offering plainspoken denunciations of interventionism and identity politics. 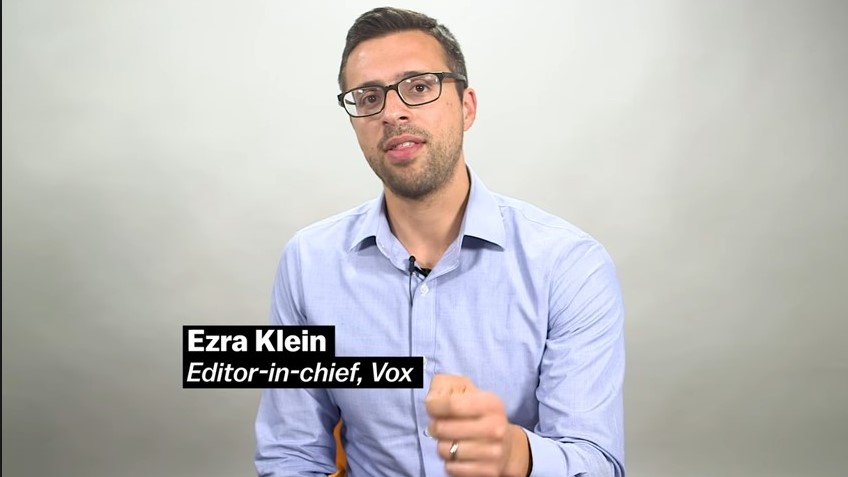 Of course, you can already see where this is leading.

Though the explanations for Lindbergh’s victory are different from the ones that followed Trump’s — though the emphasis on the Democratic candidate’s physical stamina offers an unexpected echo — the dynamics by which the political system rushes to make conceptual peace with whoever wins the election feel desperately familiar.

...The world Roth paints is more believable than our own. That is why its warning was so prescient. Even before Trump, Roth knew what much of America’s political class had forgotten: that the boundaries of the possible were wider than either the Democratic or Republican parties believed, that isolationism and xenophobia are powerful tools in the hands of a charismatic political outsider, that there is nothing in the American heart that inoculates us against the allure of demagogues.

And Klein makes it so easy for liberals. No need to actually waste time to engage in political debate since Trump and the Republicans have become fascistic. Just wear a holier-than-thou chip on the shoulder and join the "Resistance" to oppose Trump without compromise. After all, an interpretation of a Philip Roth novel validates the idea of Trump as fascist.