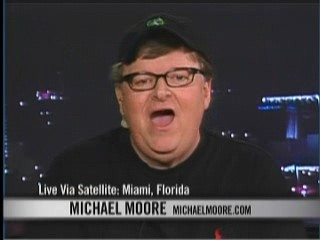 "We should start calling them Cleric Gingrich and Mullah Taliban Palin," said Moore.

"Because I think that their level of bigotry is so un-American" (video follows with partial transcript and commentary):

MICHAEL MOORE: Why don't we have words for people like Gingrich and Palin? You know, because they're essentially our mullahs, you know, our Taliban. We don't ever really refer to them as, but we should start calling them Cleric Gingrich and Mullah Taliban Palin, or whatever. See how that, see how that fits. Because I think that their, their level of bigotry is so un-American, and, I just, I just. [...]

Don't you love it when folks that are so overweight they're probably considered obese point fingers at others for their poor eating habits?

Honestly, does this look like a man that should be making McDonald's jokes: 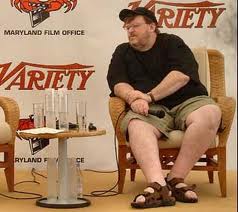