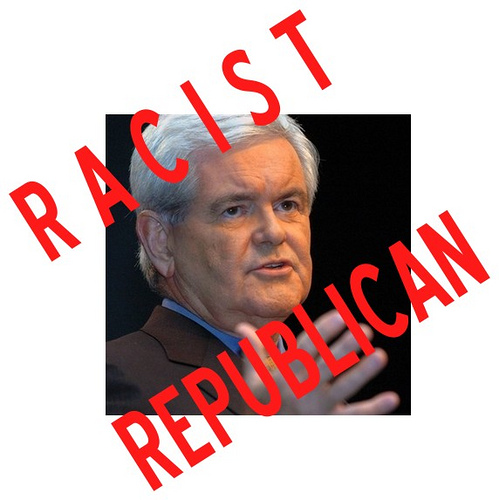 Imagine for a moment you were the editor of a magazine owned by the Washington Post and Newsweek. Would you a day before the ninth anniversary of 9/11 publish an article with the following headline:

The Talibanization of America
Viewed from Pakistan, the rise of U.S. Islamophobia looks depressingly familiar.

Seems rather inflammatory hours before such a solemn day in America, don't you think?

Yet, such was published Friday by Foreign Policy magazine, an affiliate of the Slate Group.

Sadly, the contents - which in paragraph three equated former House Speaker Newt Gingrich with prospective Koran burner Terry Jones - will likely be even more offensive to the vast majority of Americans especially on September 11:

In Pakistan, "Talibanization" is a label used to describe regressive and parochial conservatism, not just the political ascendancy of Mullah Omar and his extremist disciples. When we use the label "mullah," it is not the same thing as honoring someone by calling him "Father" or "Reverend." Instead, we're most likely referring to a person's narrow-mindedness, bigotry, and possible racism. So when we try to explain to fellow Pakistanis how the United States is much grander than the pettiness of Quran-burning circuses or mosque-defying extremists, we don't use the same labels that Americans would. Describing the ideological kith and kin of opponents of the Park51 project -- including the fringe element of folks like Terry Jones and his flock at the Dove World Outreach Center -- with terms like the moral majority, far-right evangelicals, or even neocons is useless.

Instead, when we try to explain what is happening in America, we simply say that a great country is going through a kind of Talibanization -- led by mullahs like Newt Gingrich, Pamela Geller, and the occasional Terry Jones.

So, as far as this author is concerned, the highly-esteemed former Speaker of the House is the same as a nutty Pastor in Florida that up until a few weeks ago almost nobody in America ever heard of.

But that was just the beginning of the nonsense on display at this Slate affiliate:

What if we didn't present the Quran-burners and mosque-attackers as part of a fringe movement of ideologically driven extremists? Then of course, the only other possibility is for us to accept that International Quran Burning Day and the controversy over the Park51 community center both in different ways signify mainstream America's growing discomfort with Islam. Simply put, if the Islamophobia of an American fringe is in fact not on the fringes, but in the mainstream, then the United States has an Islamophobia problem.

But therein lies the problem, for this whole idea of Islamophobia is a fiction created by America's press that's been negligently presented as a mainstream fear rather than a fringe sentiment in a dishonest attempt to change the public's view of the Ground Zero mosque.

If the media had done a better job of describing what this issue was really about when the Islamic center was first proposed rather than taking sides and presenting a distortion that impugned the overwhelmingly large percentage against the project, this wouldn't have resulted in as significant a controversy here or abroad.

That our press, as they have been doing at almost every turn lately, championed the minority view against the very citizens they serve is at the heart of this so-called Islamophobia.

As it pertains to Jones, had these same media outlets completely ignored his attention-getting stunt, this too wouldn't have represented a problem either here or throughout the Arab world.

In the places where the 9/11 attacks were planned, financed, and conceived, meanwhile, the warm and fuzzy Islam of America's suburbs is a nonexistent fantasy. On the Muslim Main Street, in Saudi Arabia, in Afghanistan, and in flood-ravaged Pakistan, Muslims can't see past the Talibanized narrative of the U.S. mid-term election. Just as the mainstream news media in America cannot be held responsible for transforming Terry Jones from a walking punch line into an international celebrity, mainstream media in a country like Pakistan can hardly be blamed for reporting Jones's shenanigans to 180 million -- mostly Muslim -- Pakistanis.

On Sept. 10, as Afghans celebrated Eid, many decided to protest against the Islamophobic events planned in Florida. During the protests, NATO troops, surrounded by angry protesters, opened fire, killing at least one person in Badakshan province. It is easy to become partisan in assigning blame for this death. Many will blame Terry Jones. Others will blame the media. Many others will blame the mullahs who stoked Afghan anger. No doubt, some pundit at Fox News will blame the protester himself, and most people in Afghanistan will blame NATO.

It barely matters anymore who pulled the trigger in Badakhshan. The point is that progressive thought is being lost in the places where it would matter the most. In the nine years since 9/11, there has not been a single domestic Muslim reawakening in any of the Organization of the Islamic Conference's almost 60 Muslim-majority countries. In countries like Pakistan, mosque leaders still make the same anti-American references. They still exhibit the same resistance to change. They still get treated with kid gloves by governments that are run by culturally dislocated Muslims.

Is this America's fault?

The United States today is a nation deeply divided along political lines. It's currently impossible to generate a consensus view on how to stimulate our economy, how to bring down healthcare costs, or how to solve the looming crises involving the unfunded liabilities associated with Social Security and Medicare.

In fact, we can't even create a consensus as to whether or not Social Security and Medicare are looming crises.

But we should be held responsible for what foreigners think when we can't even get our own people to agree on simple matters facing our own country?

This seems especially absurd when one considers the number of things many Americans are deeply confused about. As Newsweek humorously noted a few weeks ago:

With all of our money, media, and education, we can't properly inform our own people. Yet we should be responsible for controlling the thought processes of foreigners thousands of miles away with governments employing their own methods of propaganda to reach their own goals?

With this in mind, maybe this FP op-ed contributor should look at himself for answers, for he is more a part of the problem than the solution. After all, nowhere in his article did he mention the facts concerning the canard that is American Islamophobia.

Maybe if he informed his readers that FBI statistics show hate crimes against Muslims in this country are a rarity compared to those against blacks, Jews, and gays, they'd realize that this really isn't the problem the media are making it out to be.

And maybe if he ignored Terry Jones, rather than mentioning him six times in this piece, the exploits of this fringe Pastor wouldn't be a propaganda tool in the Arab world. At the very least he and his ilk should go to great lengths telling their readers that a tremendously small percentage of Americans support Koran burning as a protest against Islam.

What this FP op-ed contributor and virtually all our liberal media don't seem to understand is that America's enemies abroad are looking to conflate anything that happens here or involves us internationally to foment anti-American hatred in their countries. This has been going on for decades and didn't start after 9/11.

As such, if this FP op-ed contributor and all liberal press members would more accurately report events here rather than sensationalize everything in order to paint the most negative picture of the average American citizen, our enemies would have less fuel to add to their propagandist fires.

I would say this was pretty darned obvious if not for that Newsweek presentation previously mentioned.