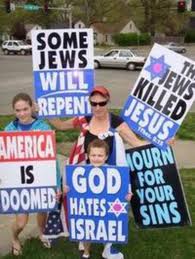 If you believed the media, you would think that hate crimes against Muslims was a growing epidemic in America.

Just Monday, the New York Times had a front page story hysterically noting a "torrent of anti-Muslim sentiments and a spate of vandalism."

"The knifing of a Muslim cab driver in New York City has also alarmed many American Muslims," wrote Laurie Goodstein in the second paragraph of her article titled "American Muslims Ask, Will We Ever Belong?"

Unfortunately, as Michael Doyle reported on August 28, the most recent data concerning hate crimes in this country paint a very different picture than what Goodstein and others in the media have been dishonestly portraying of late:

Hate crimes directed against Muslims remain relatively rare, notwithstanding the notoriety gained by incidents such as recent vandalism at the Madera Islamic Center.

Jews, lesbians, gay men and Caucasians, among others, are all more frequently the target of hate crimes, FBI records show. Reported anti-Muslim crimes have declined over recent years, though they still exceed what occurred prior to the 9-11 terrorist attacks. [...]

In 2008, 105 hate crime incidents against Muslims were reported nationwide. There were 10 times as many incidents that were recorded as anti-Jewish during the same year, the most recent for which figures are available.

The San Francisco Examiner broke those numbers down a little further:

According to the latest hate crime statistics available, there were 1,606 hate crime offenses motivated by religious bias in 2008. A closer look: 65.7 percent of them were committed against Jews. Against Muslims? 7.7 percent. [...]

Another interesting data point: 4.7 percent of hate crimes in 2008 were motivated by anti-Catholic bias. Another 3.7 percent were anti-Protestant. So from a raw numbers perspective, there were more hate crimes against Christians in America in 2008 than there were against Muslims. Given our large Christian population, it's true that each Christian is far less likely to be victimized, but the numbers still show that religious haters have not been singling out Muslims.

Some data provided by USA Today last November also helps to put this in perspective:

Hate crimes based on sexual orientation increased 3% to 1,297,although the number of people victimized went up 13% to 1,706.

Yet, with only 105 such disgusting acts committed against Muslims, America's media want you to believe this nation is Islamophobic.

Consider their premise as you watch the following video of a pro-Palestinian rally that took place in Washington, D.C., Friday (h/t Right Scoop):

Imagine the wall-to-wall, 24 hour media coverage that would ensue if rabbis at a pro-Israel rally spoke with such vitriol about Muslims.

On the flipside, filmmaker Oliver Stone in July said America's "Jewish-dominated media" prevent Adolf Hitler from being portrayed in his proper context.

The prior month, the historically anti-Semitic Helen Thomas said Jews should go back to Germany or Poland and "get the hell out of Palestine."

A month before that, Comedy Central's website offered an astonishingly anti-Semitic video game wherein one character said, "You lied to me, Jew producer."

A month before that, a report was released showing that anti-Semitic acts around the world had more than doubled in 2009 reaching levels never seen since figures started being kept on such things, and our media almost totally ignored these disturbing findings.

Yet America's an Islamophobic nation - don't you ever forget it!