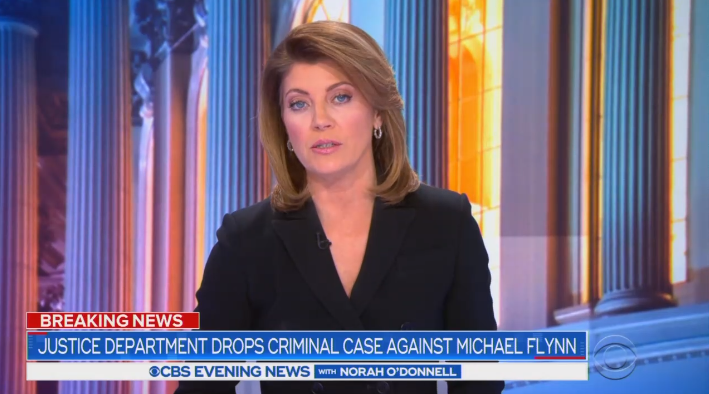 A week ahead of Attorney General William Barr’s decision on Thursday to have the Department of Justice drop their case against former General Michael Flynn, President Donald Trump took to Twitter to announce the innocence of his former National Security Adviser.

“What happened to General Michael Flynn, a war hero, should never be allowed to happen to a citizen of the United States again,” Trump declared on April 30. Neither ABC News, CBS News, nor NBC News mentioned Trump’s comments on Flynn being “exonerated” nor the underlying reason why.

Trump’s comments came the day after Flynn’s lawyers released notes from FBI investigators that proved they were working to entrap the retired three-star general.

“What's our goal? Truth/Admission or to get him to lie, so we can prosecute him or get him fired,” wondered the FBI’s then-counterintelligence director, Bill Priestap.

He added: “If we get him to admit to breaking the Logan Act, give facts to DOJ & have them decide. Or, if he initially lies, then we present him [redacted] & he admits it, document for DOJ, & let them decide how to address it.”

In a week’s time, none of the broadcast networks covered the bombshell documents on any of their morning or evening newscasts. That said, it made sense why they acted surprised when Barr ordered the case dropped, spinning the narrative that it came out of nowhere.

Over and over again, for literally years, Trump has publicly said Flynn would be vindicated. Yet when this vindication came on May 7, all three evening newscasts played soundbites of the President once again proclaiming Flynn's innocence, but they didn't say he was correct or vindicated. Just as when the Russia investigation ended without any charges, the liberal media just can't acknowledge when Trump turns out to be right.

THOMAS: Then the President directed his fire at the FBI for an investigation into Russian interference that he believes should never have been started.

THOMAS: But tonight, we've not heard from FBI officials, who have been adamant that lying to them compromises the entire criminal justice system.

And in an interview with CBS, Barr was asked if he was merely following orders:

“But I also think it's sad that nowadays, these partisan feelings are so strong, that people have lost any sense of justice,” Barr added.

And as a recent Media Research Center study showed, the evening newscasts dedicated four times the airtime to covering Flynn’s plea deal than they gave to his case being dropped.