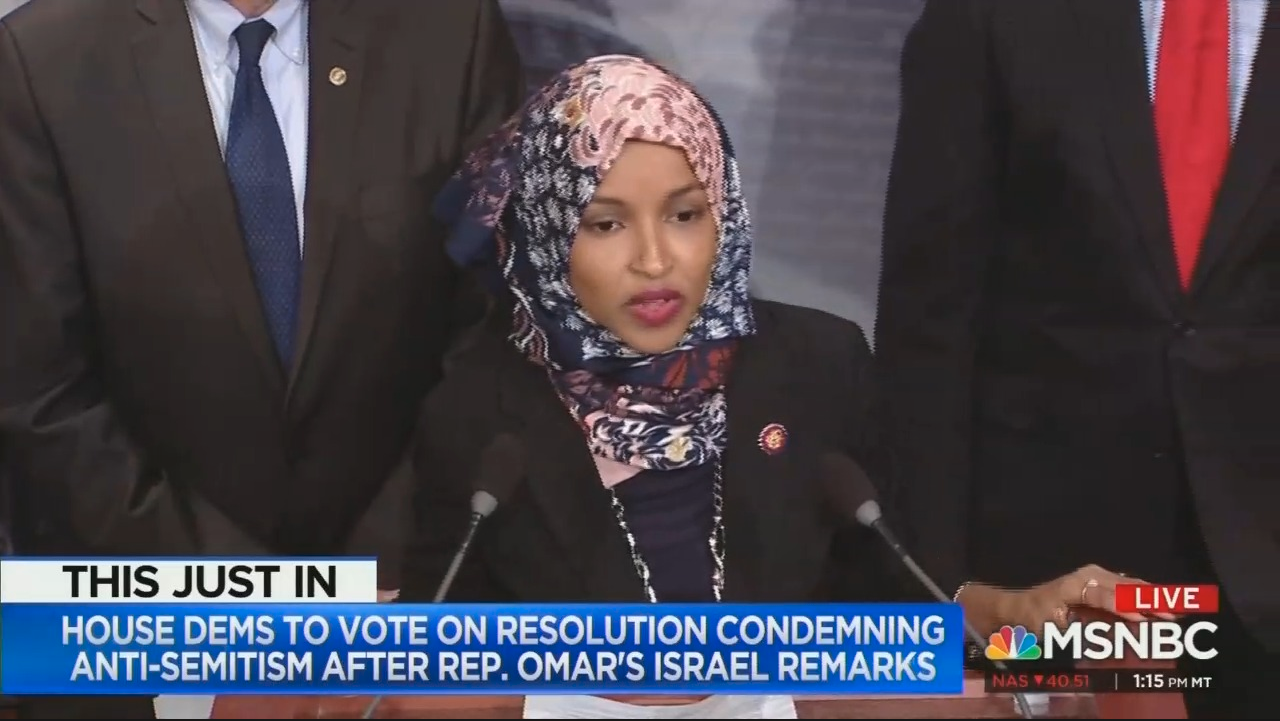 While many in the Democratic Party were fine defending anti-Semitic Congresswoman Ilhan Omar (D-MN), on Wednesday we learned there were some that reject her and her money. According to reports and campaign finance filings, at least two congressional Democrats had either rejected contributions from Omar or refunded her the money. This bucking of the party’s normalization of anti-Semitism sadly went unreported during the evening news programs of ABC, CBS, and NBC.

One of the first on the scene was The Washington Free Beacon, which reported that “the reelection campaign for Rep. Lucy McBath (D., Ga.) said Wednesday it rejected a $2,000 contribution sent to it by her fellow Democratic freshman congresswoman Ilhan Omar (Minn.), who has been criticized by colleagues on both sides of the aisle for anti-Semitism.”

In a report out on Tuesday, the Free Beacon noted the numerous lawmakers Omar’s campaign had sent money too. They found that McBath had left the contribution from Omar off her filing. We later learned that it was left off because “McBath's campaign admitted on Wednesday, however, that the lack of disclosure was due to a decision to reject the money from Omar…”

NEW: Dan McCready has refunded a $2000 donation from Rep. Ilhan Omar. A spokesperson for McCready tells me Dan believes there is no place for divisiveness in politics and he didn't feel it was appropriate to accept the donation[.]

Bruno further reported that Omar’s original donation was made on November 6, 2018, and McCready refunded the money on March 30.

Omar has been under fire for months as she continuously made anti-Semitic statements against Israel and its supporters. Recently, she was caught downplaying playing 9/11 in front of a group with ties to terrorism (CAIR) and suggested President Trump had influenced the New Zealand mosque shooter.

Disgustingly, Democrats have been throwing money at Omar seemingly in support of her vile ramblings. “Freshman Rep. Ilhan Omar (D-MN) is now considered one of the top Democrats when it comes to fundraising,” reported Townhall’s Beth Baumann. “For the first quarter of the year, Omar raised more than $832,000, despite her continual anti-Semitic comments, the Congresswoman's Federal Election Commission (FEC) filings reveal.”

Instead of reporting on Omar getting rejected by some of her colleagues, the broadcast networks chose to further obsess about the upcoming release of the Mueller report. Their defense might be, “hey, she's a freshman congresswoman, she's not that important.” But they had no problem with hyping her feud with President Trump.