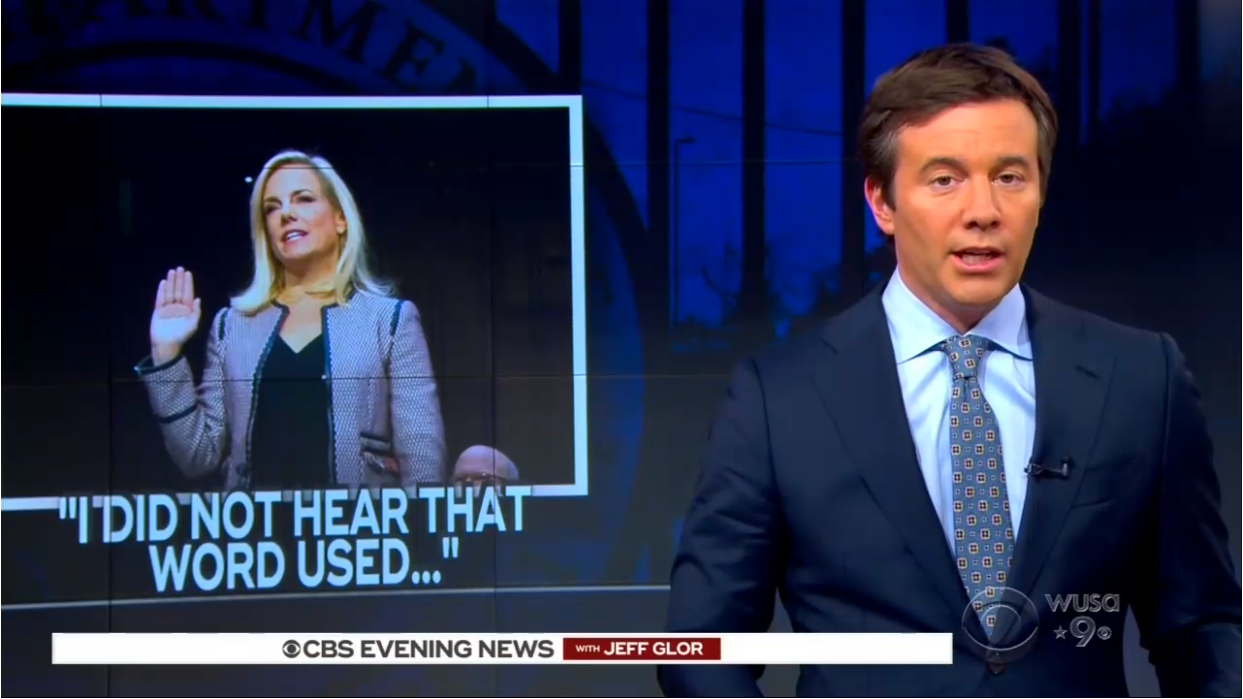 Since last Thursday, the liberal media have gone wild with accusations that President Trump was racist when it was leaked that he referred to select counties as “s***holes.” And during that time, the evening broadcasts for three major network news outlets (ABC, CBS, and NBC) dedicated 41 minutes and 43 seconds to that comment and the fallout. But despite their vocal concerns of Russia meddling in U.S. affairs, they have been dead silent on an indictment related to the Uranium One scandal that was unsealed by the Department of Justice last Friday.

All airtime data excluded network teases and commercials, so only airtime of reports was tabulated.

When the networks first started reporting on the President’s crass comment on Thursday, they spent a combined eight minutes and 36 seconds covering it. But on Friday, after the indictment against Mark Lambert, the former executive of a uranium transportation company was unsealed, all three networks ramped up their coverage of Trump’s comment with a combined 10 minutes and 56 seconds. Meanwhile, they didn’t utter a word about the indictment.

Over the weekend, the networks dropped the airtime to a total of six minutes and 22 seconds, but it should be noted that the drop was because CBS and NBC each missed an evening of news coverage to the NFL playoffs. And on Monday and Tuesday, they spent a combined 13 minutes and three seconds on Trump’s comment (six minutes, 44 seconds and six minutes, 19 seconds respectively). And on Tuesday, in particular, ABC and CBS were infatuated with Homeland Security Secretary Kirstjen Nielsen getting grilled about Trump's comment during a Congressional hearing.

As the Media Research Center noted Monday night, the reason the Lambert indictment was important was that he allegedly bribed an arm of Russia’s State Atomic Energy Corporation and committed fraud and money laundering.

“According to the indictment, beginning at least as early as 2009 and continuing until October 2014, Lambert conspired with others at ‘Transportation Corporation A’ to make corrupt and fraudulent bribery and kickback payments to offshore bank accounts associated with shell companies, at the direction of, and for the benefit of, a Russian official, Vadim Mikerin, in order to secure improper business advantages and obtain and retain business with TENEX,” the DOJ explained in a statement.

Russia’s State Atomic Energy Corporation is the owner of Uranium One and more than 20 percent of U.S. uranium, a purchase approved by Hillary Clinton’s State Department and the Obama administration. The acquisition was approved despite the FBI being aware of Russia’s involvement in a bribery plot linked to the sale and the positioning of the foreign power’s agents to influence Clinton.

And despite repeated promises by the Obama administration that the uranium wouldn’t and couldn’t leave the country, The Hill exposed how Nuclear Regulatory Commission memos “show that it did approve the shipment of yellowcake uranium — the raw material used to make nuclear fuel and weapons — from the Russian-owned mines in the United States to Canada in 2012 through a third party. Later, the Obama administration approved some of that uranium going all the way to Europe, government documents show.”

If the networks were really concerned about Russia influencing the policies of the U.S. and didn’t think Secretary Clinton was influenced by hefty donations to the Clinton Foundation from Russians, then they should be covering this bribery indictment. But no, they’d rather sensationalize a comment from the President.

And in their own take of such unbalanced reporting, Spanish-language networks Univision and Telemundo spent a combined 26 minutes and 13 seconds of airtime on Trump's crass comment, between last Thursday and Tuesday, while giving no time at all to the Uranium indictment.