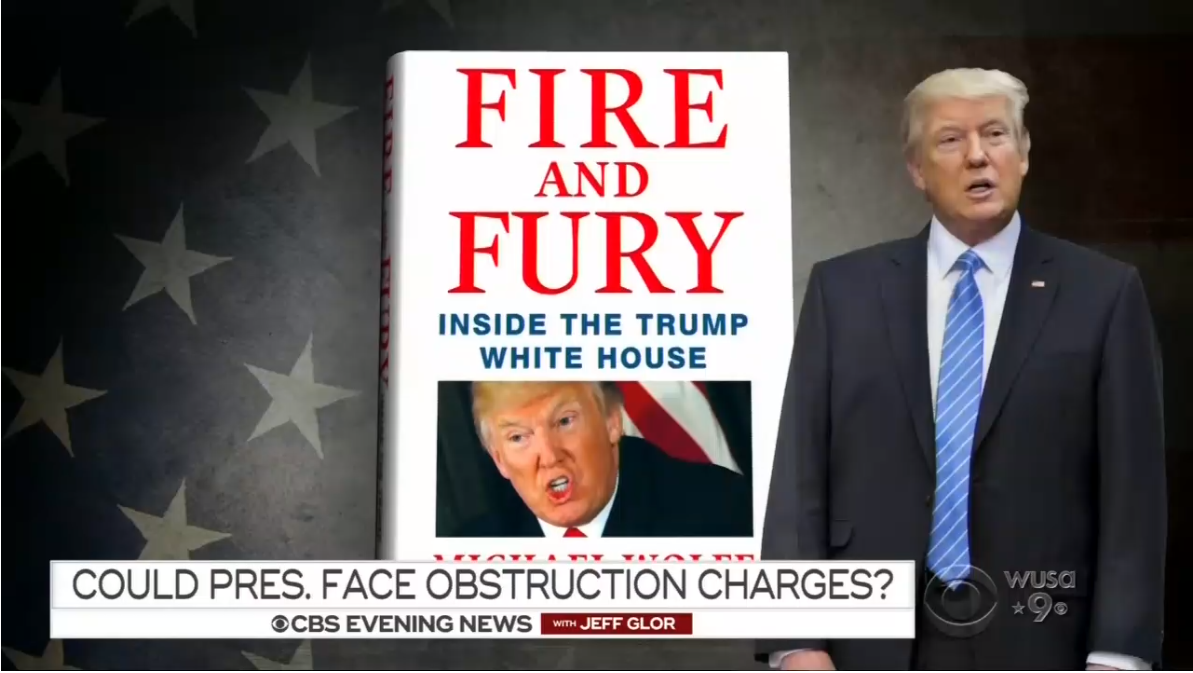 Thursday marked one week since the small protests in Mashhad, Iran that sparked the ongoing, country-wide uprising that’s left the tyrannical regime in a panic. Thursday also marked the second day since numerous salacious passages from journalist Michael Wolff’s gossip-laden book about Trump’s White House were released to the press. Despite the growth and length of the Iran protests, the three major network news outlets (ABC, CBS, and NBC) found more interest in Wolff’s palace intrigue that the Iranian people’s struggle for freedom.

In the one week since the start of the Iranian protests, the network evening news coverage totaled 15 minutes and 49 seconds between the three of them. And half of the time (December 28-29 and January 3-4) they didn’t report or update the story at all. The totals for both events included just the air-time of reports and excluded their teasers.

In sharp contrast, they spent a combined total of 19 minutes and 32 seconds, over just two days, glorifying Wolff’s book and hyping the excerpts concerning former strategist Steve Bannon, who they touted for turning on the President.

Reviewing their day-to-day coverage of the of each event, it exposes their disinterest in wanting to report on the uprising. The first two days of the protests saw no coverage from the networks whatsoever, but come the evening of day three: CBS ignored, ABC downplayed it with 21 seconds, and NBC did a full report.

The Sunday after the world learned that two people were killed protesting, ABC ignored it and NBC did a full report, but CBS didn’t have an evening program due to football. Between Monday and Tuesday, CBS was the only network to give the protests over two minutes of air-time (Tuesday).

But during those reports, they bemoaned President Trump for coming out in support of the Iranian people and wanted him to shut up. ABC/NBC actually downplayed the size of the protests, using Iranian state media reports purporting the crowds only totaled at 15,000. And CBS also cited state media reports to cast doubt on claims the government was killing protestors as the death count climbed to over 20.

Come Wednesday, the Islamic Revolutionary Guard had declared that the protests were over and that they had everything under control. That was also the same day that the first passages from Wolff’s book made their way to media outlets. And thus the coverage of the Iranian protests ceased as the networks spent a total of 11 minutes and 13 seconds on the book/Bannon the first day. The nets did a complete 180 on Bannon; Going from insinuating he was a white supremacist to glorifying his anti-Trump dirt.

By the one-week anniversary of the protests, there was not a single second of coverage while Bannon and the book gained an additional eight minutes and 19 seconds. With the release date of Wolff’s book moved up to Friday to combat a cease and desist letter from Trump lawyers, it’s all but certain that the book will dominate the rest of the week.