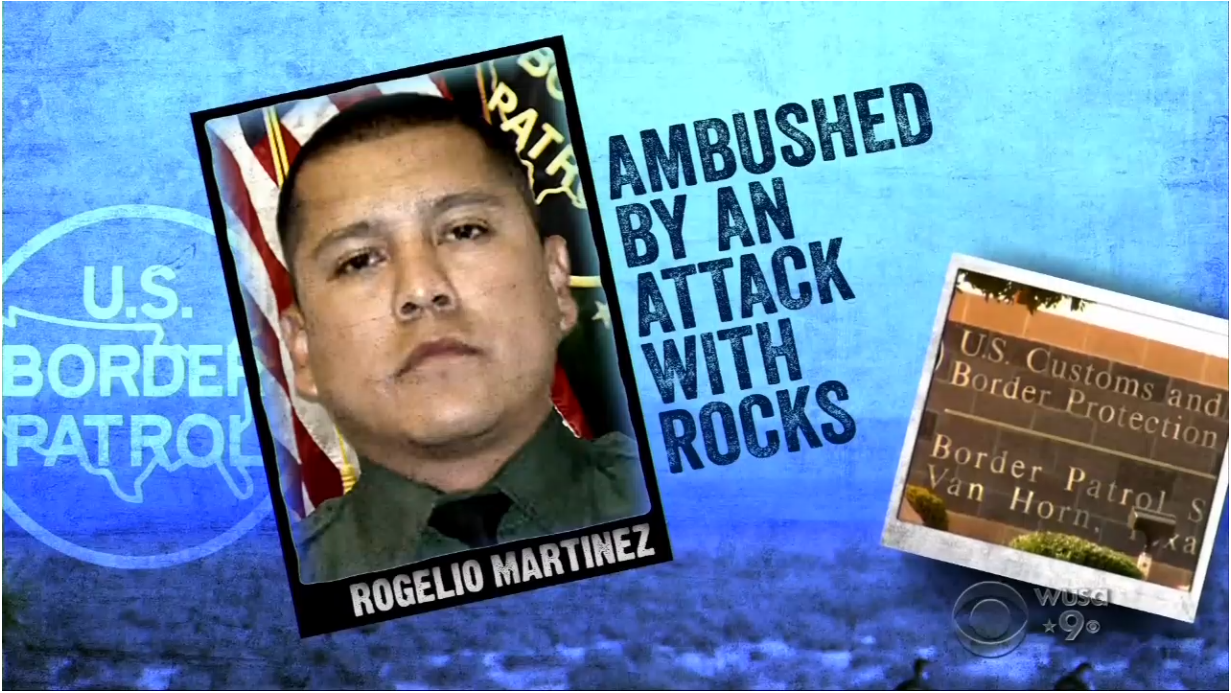 Over the weekend, tragic news broke in Texas just miles from the U.S./Mexico border of an apparent attack that left one Border Patrol agent dead and another one seriously injured. According to reports as of Monday, it seemed to indicate that the agents may have been beaten with rocks by attackers in an ambush. Coverage of the death varied widely among the big three networks on Monday evening. CBS Evening News led with the incident while NBC Nightly News omitted completely.

What made NBC’s lack of coverage on Monday more notable was the fact that they managed to cover the story earlier that morning on Today. But even there, they didn’t seem too concerned because they only gave the alleged stoning a news brief lasting only 31 seconds. So, to recap, this story went from a news brief to nothing in less than a day. But they did find time to hype Black Friday deals and report how the turkeys President Trump would pardon were staying in a fancy hotel room.

During ABC’s World News Tonight, sensationalist Anchor David Muir paid little mind to the death of a Border Patrol agent, only giving the story a 27-seconds long brief where he brushed over the details. “The agents were, quote, ‘responding to activity’ when one of them called for help, saying they were injured,” Muir claimed. But that was false.

According to the CBS report, Agent Rogelio Martinez was investigating a triggered ground sensor and called for backup when he figured out it was set off by people. By the time backup arrived, the other agent found Martinez unconscious. The agent who found him was also apparently ambushed and was in serious condition, suffering from memory loss. Both sustained traumatic head injuries.

The details of the heinous ambush were omitted from Muir’s news brief. Instead of reporting the details, he opted to whine about Trump pushing his border wall. “President Trump says it was an attack that showed the need for his border wall, but authorities tonight said they are now investigating whether it was an accident,” Muir lamented.

To add insult to injury, ABC actually spent more time reporting on Black Friday deals. For the dead Border Patrol agent, the network only allowed 27 seconds. Yet, ABC dedicated a full report (one minute and 27 seconds) to hyping deals on TVs and computers.

In sharp contrast, CBS Evening News started off the program with full report dedicated to the attack. The story ran for two minutes and 10 seconds.

In this instance, the twisted priorities of the liberal media were on full display.

DAVID MUIR: We turn next here to a mysterious and deadly incident in southwest Texas involving two Border Patrol agents. The incident in a remote spot east of El Paso and 30 miles from the Mexican border. The agents were, quote, “responding to activity” when one of them called for help, saying they were injured. President Trump says it was an attack that showed the need for his border wall, but authorities tonight said they are now investigating whether it was an accident. Agent Rogelio Martinez did not survive. His partner is in serious condition tonight.