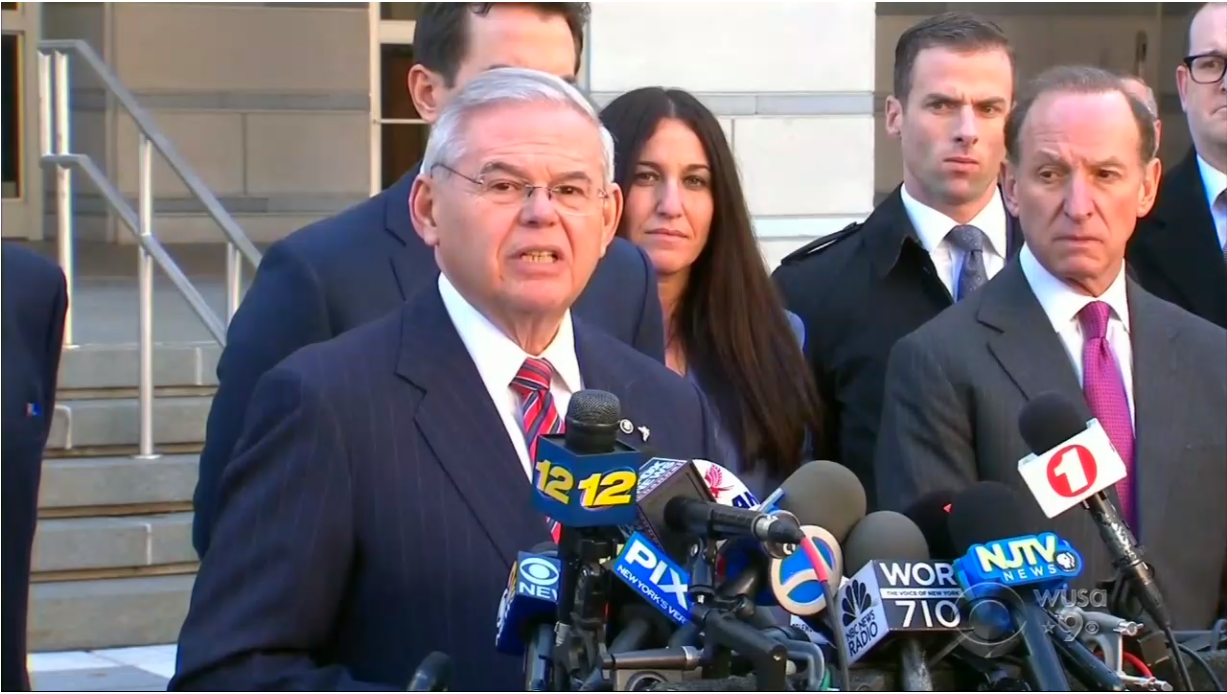 The big three networks (ABC, CBS, and NBC) could finally breathe a sigh of relief on Thursday after the corruption trial against Democratic Senator Bob Menendez ended (at least for now) with a mistrial. Since the trial began 71 days ago, the network evening newscasts did everything in their power not to report it, effectively hiding it from their viewers. But Thursday evening saw all three of them find time to highlight Menendez’s good fortune.

Since the Menendez trial began on September 9, NBC News had not dedicated a single second of airtime between their morning and evening newscasts. For them, the story barely existed. Yet on Thursday, they managed to cover the story but the airtime was fleeting. Anchor Lester Holt gave the mistrial a mere 23 seconds. In contrast, that same evening they spent one minute and 51 seconds pushing negative speculation about the new Museum of the Bible.

“Following more than a week of deliberations a judge today declared a mistrial in Senator Bob Menendez's bribery trial after the jury reported it was deadlocked,” Holt announced with no explanation of why it was the first time their viewers were hearing it from them. “Menendez, a New Jersey Democrat, was accused of accepting expensive gifts in exchange for political favors.”

ABC’s World News Tonight had not dared to report on the story since the trial began, but come the mistrial, they only spent 19 seconds on it. Up until that point, Good Morning America had only mentioned the trial once, giving it one minute and 48 seconds. What made WNT’s coverage even more irresponsible was the fact that they spent one minute and 22 seconds boosting the Black Friday deals available a week early.

The coverage of the Menendez mistrial on CBS Evening News was the most biased in favor of the Democrat. After failing to report on the trial for 70 days, the CBS Evening News spent one minute and 50 seconds boasting about the mistrial and Menendez’s good fortune. Before the mistrial, CBS This Morning was the only program for the network to mention the trial at 22 seconds.

CBS correspondent Anna Werner began her report by touting how “supporters cheered as Senator Robert Menendez stepped to the podium to blast government prosecutors.” “Menendez faced 18 counts of alleged corruption. Prosecutors said he did favors for a long-time friend, eye Dr. Salomon Melgen, in exchange for gifts,” she added, failing to mention the accusation he interfered in U.S. foreign affairs on Melgen’s behalf.

It was obvious that this was the first time they were reporting the trial because Werner pronounced Dr. Melgen name incorrectly. She also highlighted that one juror “says nine others in the room agreed with him. Only two favored conviction.” And in wrapping up her report, she hyped Menendez’s warning to his enemies: "Menendez had one more thing to say as he heads back to Washington. He said, 'To those who were digging my political grave so you could jump into my seat, I know who you are and I won't forget you.'"

CBS so so out of practice that they got the length of the jury deliberation dead wrong. “The jury in Newark was hopelessly deadlocked after six days of deliberations,” Temporary anchor Anthony Mason claimed. In reality, their deliberations began on November 6, which meant they were reviewing the case for eight days not six.

All three evening newscasts blacked out the first corruption trial of a sitting United States senator since 1981 for 70 days. And when they finally reported it, two of them gave it less than 30 seconds. Not only was this biased in favor of a Democrat, it was deliberate and irresponsible.

DAVID MUIR: Next, a mistrial for Senator Bob Menendez in his corruption case after jurors said they were deadlocked. The New Jersey Democrat accused of using his political influence to help a Florida eye doctor in exchange for gifts and campaign contributions. Menendez denied all charges, saying the two men were close, quote: “Like brothers.” No word yet on whether prosecutors will try again.

LESTER HOLT: Following more than a week of deliberations a judge today declared a mistrial in Senator Bob Menendez's bribery trial after the jury reported it was deadlocked. Menendez, a New Jersey Democrat, was accused of accepting expensive gifts in exchange for political favors. Prosecutors haven't said whether they'll retry him, but the Senate Ethics Committee says it will open or reopen an inquiry. 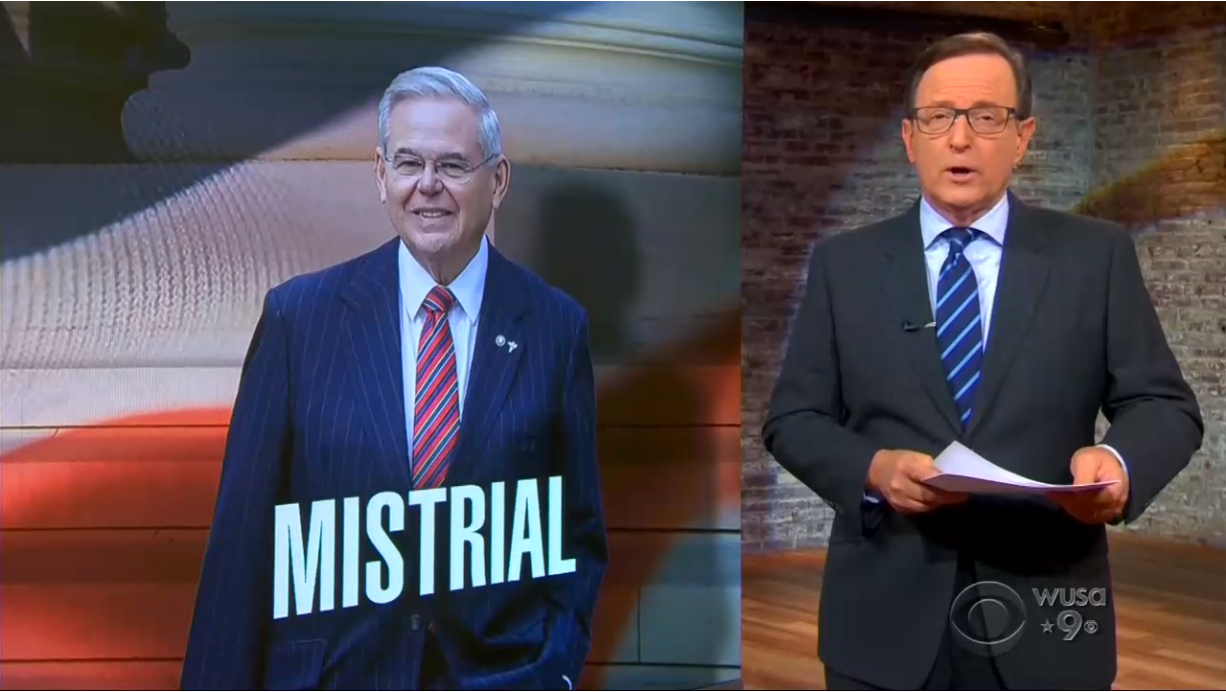 ANTHONY MASON: A mistrial was declared today in the federal bribery trial of Democratic Senator Robert Menendez of New Jersey. The jury in Newark was hopelessly deadlocked after six days of deliberations. Anna Werner reports Menendez, a Democrat, considers that a victory.

ABBE LOWELL: This is what happens when you put a real 25-year friendship on trial.

WERNER: The trial lasted ten weeks. Why the deadlock?

ED NORRIS: I thought he was not guilty.

WERNER: And juror Ed Norris says nine others in the room agreed with him. Only two favored conviction.

NORRIS: I don't think the government proved it.

WERNER: The Justice Department has not said whether it will try Menendez a second time.

WERNER: Menendez had one more thing to say as he heads back to Washington. He said, "To those who were digging my political grave so you could jump into my seat, I know who you are and I won't forget you."