Brian Stelter Glorifies Media, Paints Them as Victims of Trump in CNN’s Election Look Back Book 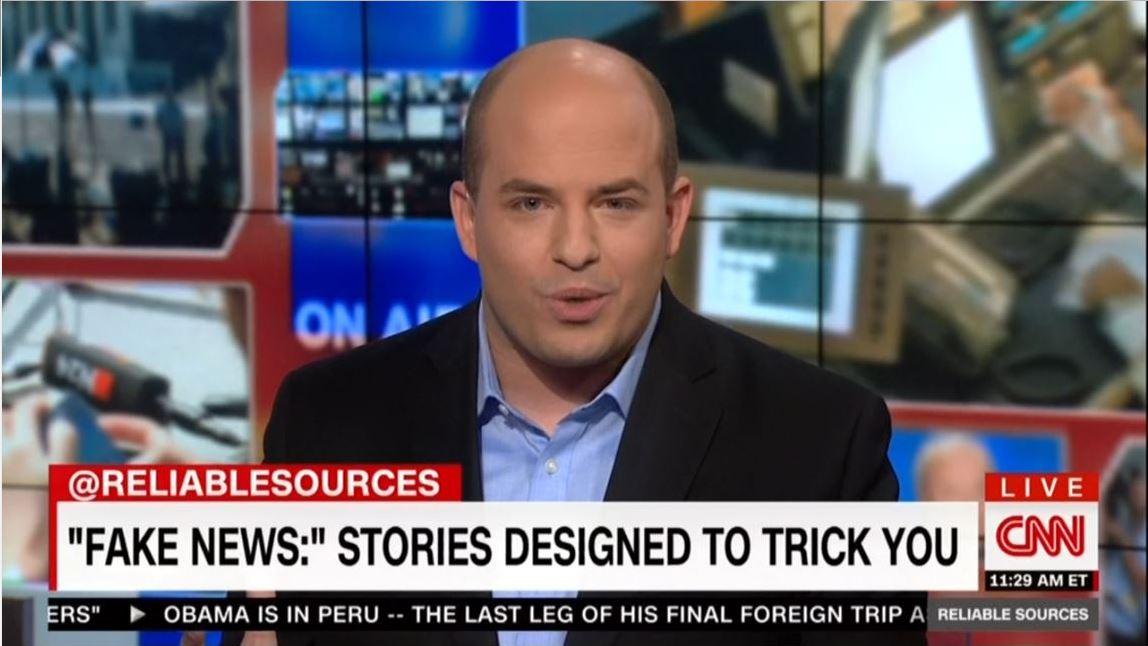 In an apparent attempt to frame the narrative of the 2016 election, CNN Politics published their “first-ever book” Unprecedented: The Election That Changed Everything in early December. Included in the tome is a longwinded essay crafted by CNN’s resident media critic Brian Stelter, where he chronicled the plight of the liberal media covering then candidate Donald Trump. His own anti-Trump bias was clearly present as he painted the media as a victim of a Trump rampage.

“A keen observer of the public mood, he knew how to cast blame on an unpopular industry that was hardly in a position to fight back,” he proclaimed in the opening paragraph of his rant. “He was a one-person driver of ratings and readership and a serious menace to press freedom,” Stelter smeared. Conveniently forgetting President Barack Obama’s personal crusade against Fox News, and Democratic Senator Dianne Feinstein’s plan to put government watchers in newsrooms.

He bloviated about how Trump “Created unique challenges for journalists and media outlets, including CNN, that have long strived for balance in political coverage.” Stelter’s opining was a stretch to say the least, especially after MSNBC’s Chris Hayes admitted during Thursday night’s All In that the media failed to get anything to stick to Trump. It was a claim he wouldn’t let go of, no matter how much he had to twist the facts:

What do journalists really care about? What makes us tick? Contrary to Trump’s public claims, it’s not a desire to elect Democrats … And, at least in the mainstream press, it’s not ideological. While many reporters lean to the left in their personal politics, they are by and large driven by a desire to cover a great “story,” to get scoops, to beat the competition.

But were was that desire for a “great story” and to "beat the competition" in the 1990s for President Bill Clinton’s sex scandals? The media had to be dragged to the story by the new internet media. And if the mainstream media had no “desire to elect Democrats,” then how does he explain NBC going out of their way to smear GOP senators in tight races while touting their opponents? Leading up to the election, CBS was fretting African-Americans would not turning out for Hillary Clinton in large numbers.

Stelter didn’t demonstrate such a desire on his own Sunday program Reliable Sources. Admitting to his bias in the book, he wrote, “As a TV host and reporter, I wrestled with this personally, and gradually became more blunt about describing Trump’s fictions.” One such fiction was the idea that Trump was in fact human, Stelter and his panel once joked that Trump was “rancid meat” to Clinton’s “apple.”

The CNN host’s idea of being blunt with Trump included blaming the GOP nominee for the firebombing of a Republican campaign office in North Carolina. Stelter’s desire for a great factual story was so overwhelming, that he tried to discredit an Associated Press investigation that showed Clinton often met with Clinton Foundation donors as secretary of state. “Did you feel the pressure to publish SOMETHING even though so many critics have said it didn’t amount to much,” he pressed then AP Executive Editor Kathleen Carroll, later asserting that she “mislead people.”

Throughout Stelter’s rewriting of history, he openly rejected the fact that there was an ever-present bias from the liberal media in favor of Clinton, and was resentful that, “During the long and divisive campaign, ‘trust in media’ levels fell to record lows in Gallup polls.” But his refusal to admit the existence of liberal media bias is to be expected, since his own show is full of it.