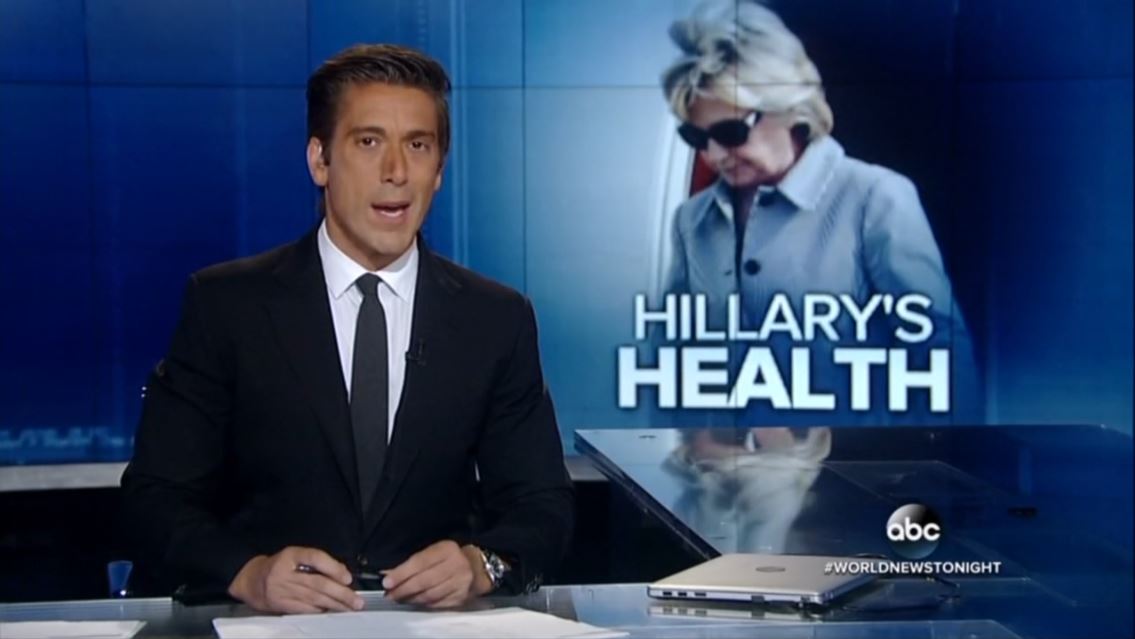 Back in 2008 the “Big Three” demanded to know all they could about Republican nominee John McCain’s health, but now it’s Hillary Clinton’s health that’s in the spotlight and the networks want little to do with it. The networks are treating talk of Clinton’s health as like more than a nuisance, with CBS declaring it, “A Trump lie about her health,” and ABC saying it’s something she can “laugh off” on a late night comedy show. This was not the standard when McCain ran in 2008, far from it in fact.

In May of 2008 ABC’s Charles Gibson, who was the anchor of World News at the time, wonder if McCain had sustained any “psychological damage” from his time in a North Vietnamese prison camp. “He was carefully assessed by Navy psychiatrists for many years after his release,” responded Dr. Tim Johnson, “They found no evidence of any serious problem, and he strongly denies any symptoms of post-traumatic stress disorder.”

“But he's 71 years old,” Gibson continued pressing, “What do the actuarial tables say about a man who's 71 years old?” Johnson noted that McCain could live to be 87, but warned of something dire, “At age 71, there's about a 30 percent chance of developing serious memory loss or even dementia, but experts point out that with aging maybe some skills such as judgment get better.” Johnson wrapped up by saying only “time will tell.”

CBS also subjected McCain to a similarly rigorous examination, during that same month. Katie Couric brought on CNN’s Dr. Sanjay Gupta to share his expert opinion on McCain. Gupta did little more than throw around speculation about something negative lurked in McCain’s mental health, saying:

Ann Curry of NBC’s Today grilled McCain’s wife, Cindy, about his health as well. “I mean there's never been an older president, at 71. So you've got, this, this is a fair question,” she said, pestering Mrs. McCain about her husband’s age, “Can't take away the numbers. 71?”

Regardless if the accusations by Donald Trump about Hillary Clinton’s health are true, the standard applied to John McCain in 2008 needs to hold in 2016. If not, then the liberal media’s bias in favor of Clinton will be clear as day.