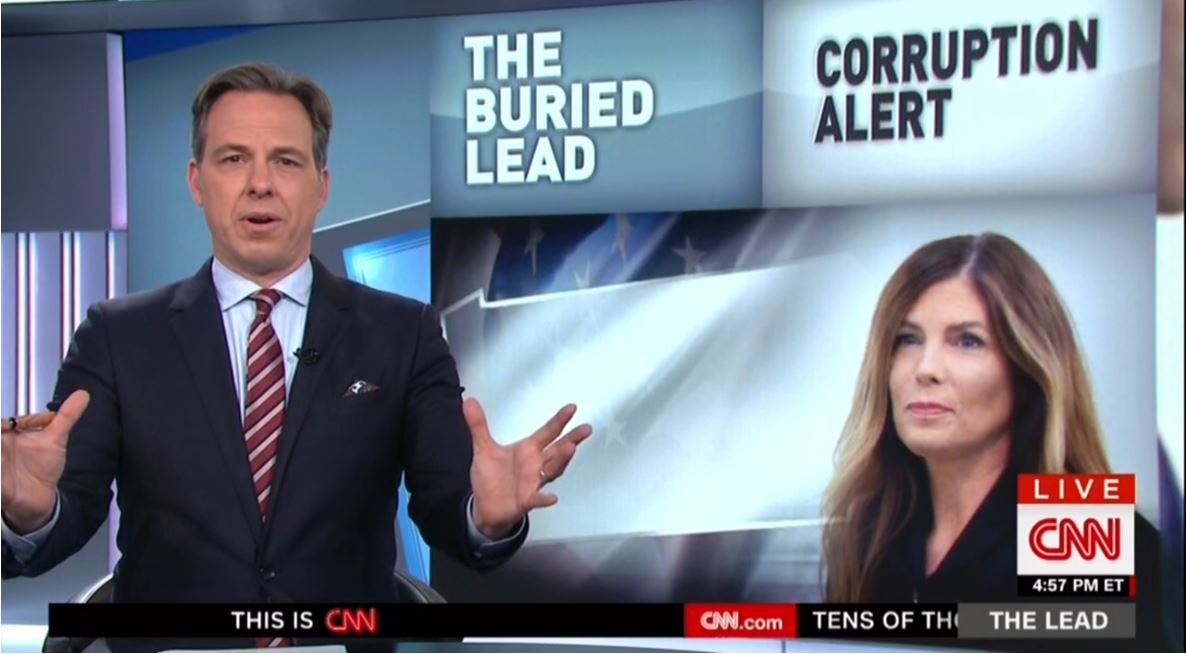 After failing to find time to report the corruption conviction of Democratic Party “rising star” Kathleen Kane during their hours long morning shows Tuesday, the “Big Three” networks ABC, CBS, and NBC still couldn’t find the time to inform the public that same evening. “Pennsylvania's embattled attorney general announced Tuesday that she will resign by the end of Wednesday after she was convicted this week of leaking secret criminal files and then lying about it,” reported the Associated Press.

The AP also reported that:

In an episode that seemed more likely at a mob trial than a statehouse corruption case, Kane's political operative described being taken to a parking garage, stripped of his phone, keys and wallet and searched for a recording device before a lunch meeting with the attorney general.

The consultant, Josh Morrow, admitted lying to the grand jury to protect Kane after they had concocted a cover story that framed her chief deputy for the leak. Morrow was granted immunity for his testimony.

And on CNN’s The Lead, Jake Tapper skewered the disgraced attorney general. “Corruption Alert! We have a proud tradition of sleaze in my home state of Pennsylvania,” Tapper announced humorously, “And today another Pennsylvania politician’s career is over.” Appropriately, Tapper’s nearly two minute long breakdown of the entire story was during the segment titled “The Buried Lead.” “”Revenge is a dish best served cold,” she wrote in an e-mail during this vendetta,” Tapper noted, before getting one last dig in on Kane, “Now she’s gunna likely get a number of cold meals.”

In a demonstration of what they think is important to inform the public about, NBC opted to dedicate an entire report to the different marriage proposals by Olympic athletes instead of Kane’s corruption conviction.