Out of Control: Lemon and BLM Guest Go Wild, Shout at Trump Supporters 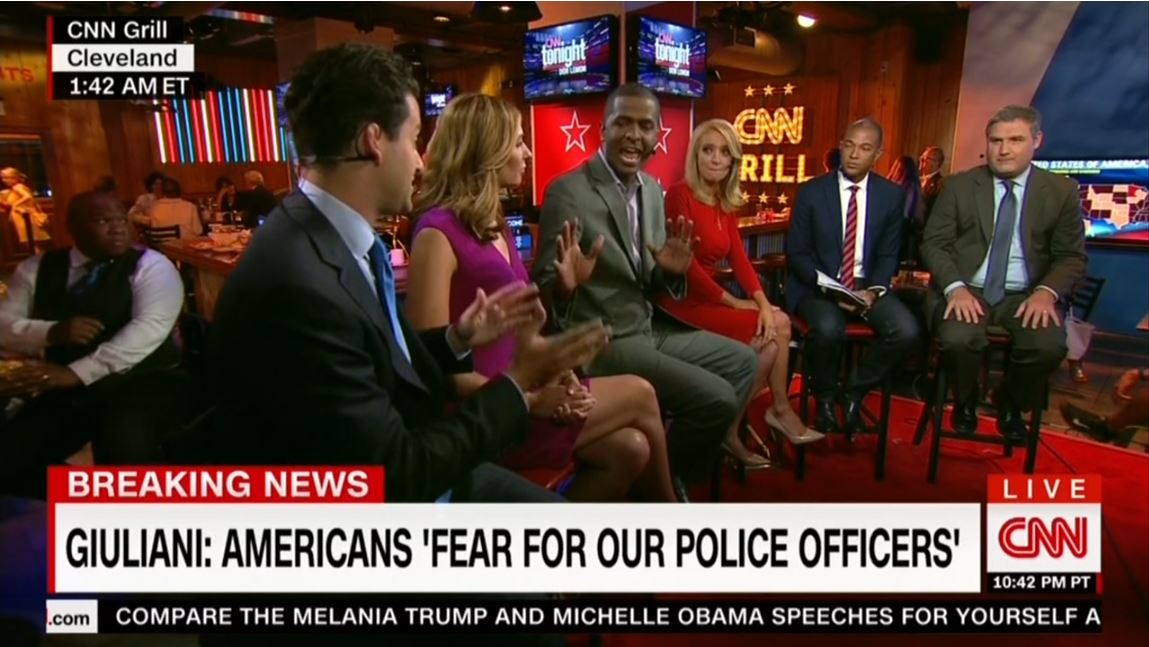 In the wee hours of Tuesday morning during CNN Tonight with Don Lemon, the panel discussion descended into borderline chaos as guests and the host engaged in a wild shouting match. It all started when the topic of Mayor Rudy Giuliani’s convention speech was brought up. “Rudy Giuliani's speech tonight was rousing. It was. It was the definition of rousing,” stated Black Lives Matter supporter Bakari Sellers, “But it was also the definition of divisive.”

Host Don Lemon pounced on Dean claiming, “New York wasn’t a cesspool. I lived there, it wasn’t a cesspool.” But Lemon’s claim is misleading, it has been widely documented that during the 1980s and early 90s, particularly during the Crack Epidemic, New York City was a rough place to live.

Lemon was openly hostile to the GOP convention. In responding to Sellers’ comment, that Giuliani’s speech was “the definition of divisive” Lemon sniped saying, “Well that’s what they’re here for. It is the Republican convention.”

Lemon and Sellers, in a tag team style, attacked Dean and, Trump supporter, Kayleigh McEnany about why they hated Black Lives Matter. “It means black lives matters, too, because we have a question in this country about the value of black lives. And that’s all we’re saying,” shouted Sellers. “Why is that so hard to understand? Answer the question,” Lemon demanded of McEnany.

After, literally, several minutes of being shouted at McEnany was able get in her counter. She agreed that there were circumstances of racial bias in policing, but didn’t agree with BLM’s direction, “when it gets to the point where an entire profession is demonized, which is what Andy is saying and he’s right, and we have police being slaughtered because there is such distrust of the police—”

She was quickly cut off by Lemon who insisted, “But we don’t know the cause of that though.” In referencing the recent police ambushes Lemon argued, “We don't have a 100 percent connection between what's being said and officers being slaughtered.”

But it’s hard to separate the two when BLM chants, “pigs in a blanket, fry them like bacon,” and the Dallas and Baton Rouge shooters who say they aimed to kill police officers.

ANDY DEAN: I think Giuliani is such a great authority force to comment on that because he's lived it. And I think if black lives matters to anybody, it's Rudy Giuliani, who brought—

DEAN: no, no. I’m very serious. Because he brought down the murder rate in New York City by double digits. That is very serious.

SELLERS: Will you also admit the violent crime rate in this country has gone down exponentially since Reagan? I mean, will you also

DEAN: Right, we can get into all the theories about that.

SELLERS: Will you also admit the number of officers who has been assaulted in the line of duty has gone down exponentially since Reagan?

SELLERS: But,-- wait a minute. But, But, But that’s the problem.

MCENANY: There are somethings that you have to admit too.

SELLERS: No, no. I’m not going to admit anything right now.

SELLERS: I’m going to finish exactly what I’m about to say. Because Andy—

DEAN: But New York City was a cesspool before Giuliani.

SELLERS: You can run on a campaign with that.

DEAN: Well it was a cesspool.

SELLERS: It was not a cesspool. And that is a very derogatory –

DEAN: A crime cesspool. Before Giuliani.

LEMON: It is the Republican convention.

LEMON: Why is that so hard to understand?

SELLERS: Why is that hard to understand?

LEMON: Answer the question! [To McEnany]

SELLERS: Why is it offensive? He said it was offensive?

DEAN: We can look at each individual case.

SELLERS: I mean, do I have to go down the list?

DEAN: Let's talk about Ferguson, Missouri. He attacked a cop. And so when you say, “oh well lets lump that in—

SELLERS: Answer the questions that I asked!

DEAN: I will, I will. These are all individual circumstances. So when you look at Ferguson, what I see is a bully. Michael bullied a shop keeper.

SELLERS: First of all—

DEAN: And then beat up a cop.

SELLERS: You should have some – 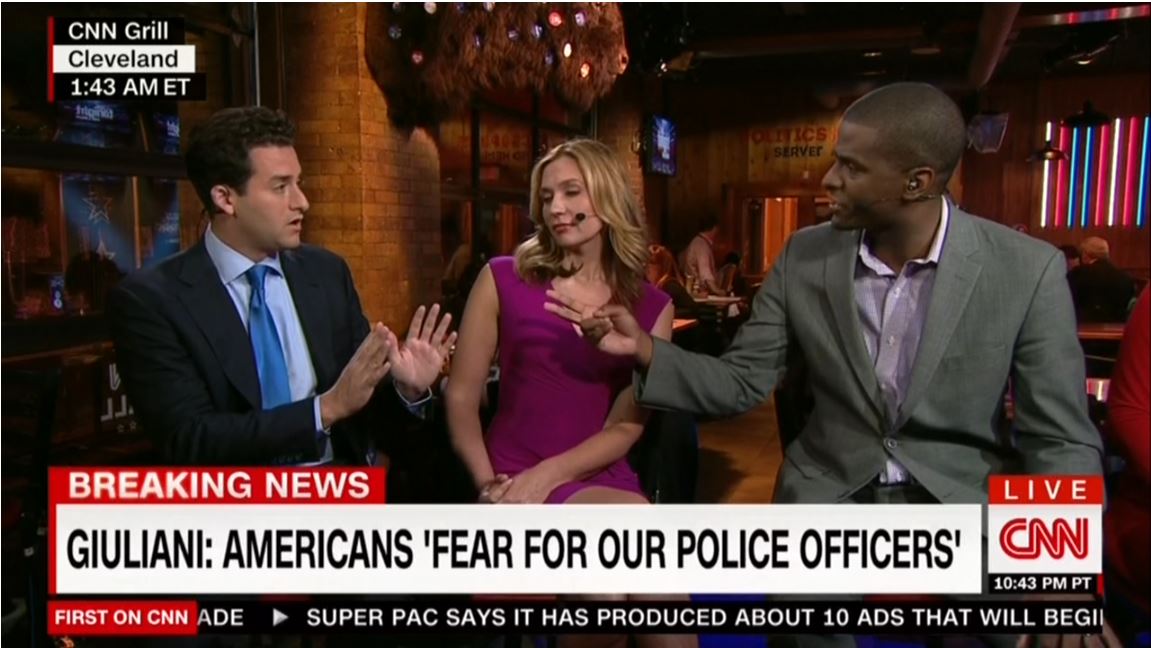 SELLERS: You should really have respect for somebody who literally died and should not. Let me tell you exatly—

DEAN: He punched a guy’s orbital socket out.

LEMON: Bakari, the Department of Justice found that there was—

SELLERS: I get that. You’ve already litigated that.

DEAN: Was a myth.

MCENANY: I agree with you guys that when I hear you say that you're pulled over, or you are pulled over more than a white male, I believe that. My criminal law professor at Harvard Law school told me told me the same thing. Tim Scott served on the Senate floor, a Republican, and said, “I've been pulled over seven times, you know, in just in a short period of time.” So I absolutely believe there are things that need to be looked at. But when it gets to the point where an entire profession is demonized, which is what Andy is saying and he’s right, and we have police being slaughtered because there is such distrust of the police –

LEMON: But we don’t know the cause of that though.

LEMON: I understand what you're saying and I think-- Bakari, hold on. I think people should watch their language and their rhetoric, but we don't have a 100 percent connection between what's being said and officers being slaughtered. Especially when the numbers show officers being killed is down.