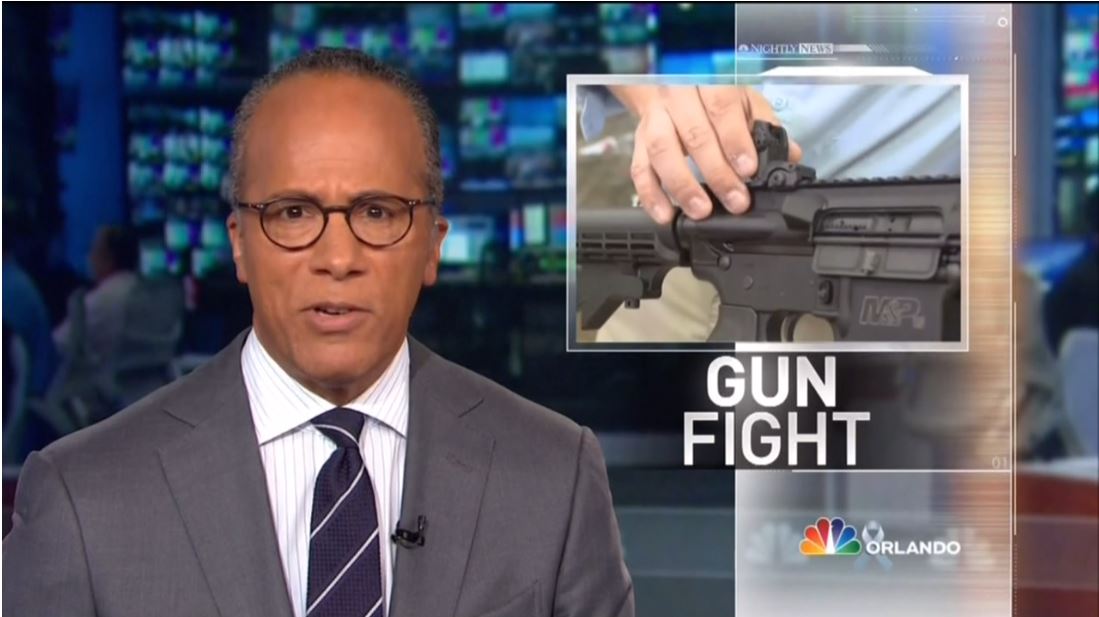 The United States Senate voted on four gun-control proposals Monday evening, two from Democrats and two from Republicans, but all of them failed to get passed. Even though the result was predicted in advance, all of the networks were disgruntled by the outcome. “The problem is that Democrats and Republicans have two different solutions to the problem, and their half-hearted attempts at compromise have simply gone nowhere,” moaned Nancy Cordes on CBS Evening News.

“The Senate is simply going through the same motions it always does after a mass shooting recently, which is to vote on a series of similar proposals that end up going nowhere,” Cordes continued to complain.

On NBC Nightly News, reporter Hallie Jackson referred to the voting as, “another political litmus test.” In an interview with Senator John Cornyn she asked, “So is tonight a show vote?” To which Cornyn replied, “We'll find out where people stand, whether they stand with the Constitution or whether they believe the Constitution might, should be trampled.” Jackson did note, however, that this was the first time all year that every member of the Senate was present to cast a vote.

ABC only dedicated 26 seconds on the Senate’s proposals and simply argued that most Americans wanted the changes. “And one week now after the Orlando massacre, and a new poll showing more than half of Americans now support reform,” reported anchor David Muir on World News Tonight, “And 92 percent are in favor of stricter background checks.”

The votes were the result of a promise to Connecticut Senator Chris Murphy, who filibustered for 15 hours the previous week. Murphy’s proposal to close the mythical “gun show loophole” was one of the measures voted down. In an appearance on ABC’s This Week reporter Jon Karl forced Murphy to admit that his proposal would not have stopped any recent mass shooting.

SCOTT PELLEY: In the wake of Orlando, the U.S. Senate and the Republicans there have agreed to a series of votes tonight on gun legislation. Our congressional correspondent Nancy Cordes is at the Capitol. Nancy? 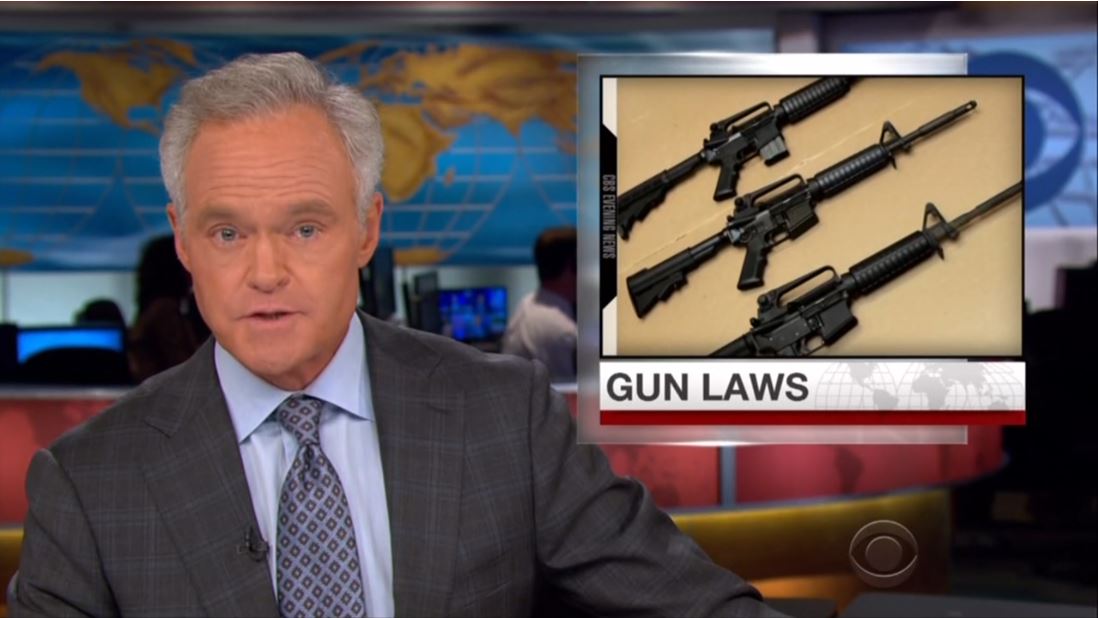 NANCY CORDES: Scott, three of those measures have already failed this evening. And the fourth is expected to fail shortly, even though everyone up here, including the NRA, appears to agree that suspected terrorists should not have access to guns.

The problem is that Democrats and Republicans have two different solutions to the problem, and they're half-hearted attempts at compromise have simply gone nowhere. Democrats have a measure that would block anyone who is on a terrorist watch list from flat out being able to buy a gun.

But Republicans say that innocent Americans could end up on those lists by accident. And so their proposal would delay a sale for 72 hours while prosecutors work to convince a judge to block the sale permanently. Democrats say that's too cumbersome.

So what's remarkable, Scott, is how unremarkable tonight's debate has been. The Senate is simply going through the same motions it always does after a mass shooting recently, which is to vote on a series of similar proposals that end up going nowhere.

LESTER HOLT: A major showdown in the nation's capital this evening. The Senate voting on four gun control proposals in the wake of the Orlando attack. And Donald Trump now clarifying comments he made about carrying guns after the remarks appeared to cause friction with the NRA. NBC's Hallie Jackson has details.

HALLIE JACKSON: From congress to the campaign trail, the gun debate center stage, with Donald Trump now forced to walk back what he said about what could have happened at an Orlando nightclub last week.

DONALD TRUMP: If some of those wonderful people had guns strapped right here, and goes boom, boom, you know what? That would have been a beautiful, beautiful sight.

JACKSON: Trump tweeting today, he was, “obviously talking about arming additional guards.” But that wasn't so obvious. His clarification coming after pushback from the NRA.

CHRIS COX: No one thinks that people should go in a nightclub drinking and carrying firearms.

JACKSON: It's more daylight between Trump and gun rights lobbyists after the candidate suggested he's open to restricting those on the terror watch list from buying guns. That's part of the democratic proposal in congress. Most Republicans worry that casts too wide a net, in a debate that's deja vu, virtually the same as after San Bernardino. What is different now than four months ago? I mean, it's virtually the same votes. 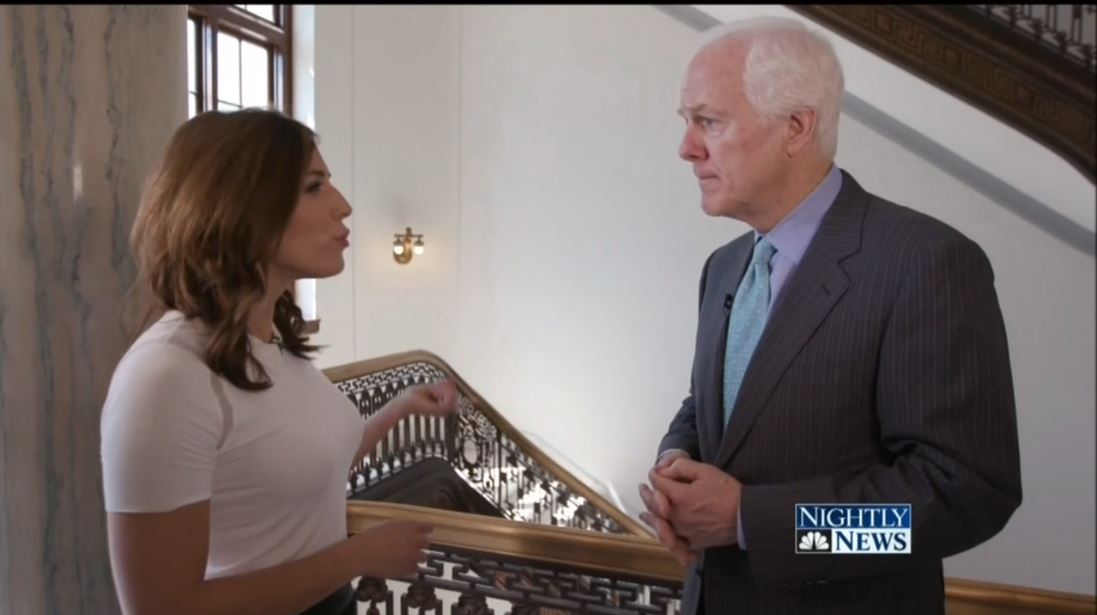 KIRK: We had one of the biggest massacres in our history.

JACKSON: Now another political litmus test. So is tonight a show vote?

CHRIS MURPHY: This issue which used to be easy for Republicans to stand in lock step with the NRA, now is becoming a political liability for them.

JACKSON: Late tonight, with every single Senator participating in voting for the first time all year, all four gun control proposals being considered have failed as expected. Lester?

DAVID MUIR: And one week now after the Orlando massacre, and a new poll showing more than half of Americans now support reform. And 92 percent are in favor of stricter background checks. The Senate at this hour taking up that call to action, voting on four proposals to prevent suspected terrorists from buying weapons and expand background checks. All four were voted down in the past, tonight, two of the four have already been voted down. We'll stay on it.