Brent Bozell: After Mueller Report, ‘I Don’t Know How CNN Ever Recovers’

Media Research Center President Brent Bozell on Monday reacted to the Mueller report finding of no collusion by marveling at how much damage CNN has done to its own reputation. Appearing on FBN's Varney and Company, Bozell concluded, “I don't know how CNN ever recovers.”

Predicting what will be coming, the MRC President declared, “I don't know how CNN undoes the damage, because they not going to stop. They're going to continue this. Are they going to say, ‘Oops! For two years we were wrong in our slandering of the President?’ They're never going to do it.”

Bozell quipped, “I don't know how Jim Acosta can ever be seen on television without people laughing at them.”

STUART VARNEY: MSNBC host Rachel Maddow, I think she was on the verge of tears. Very disappointed, frankly by the results of the investigation. She wasn’t the only one in the mainstream media who kind of lost it. Watch this.

VARNEY: Well, I’m glad we bleeped that out. Brent Bozell is with us. Great guy. Our media watcher, Media Research Center President. All right, Brent. I was watching. I found it flat out, A, funny, and, B, embarrassing. How about you? 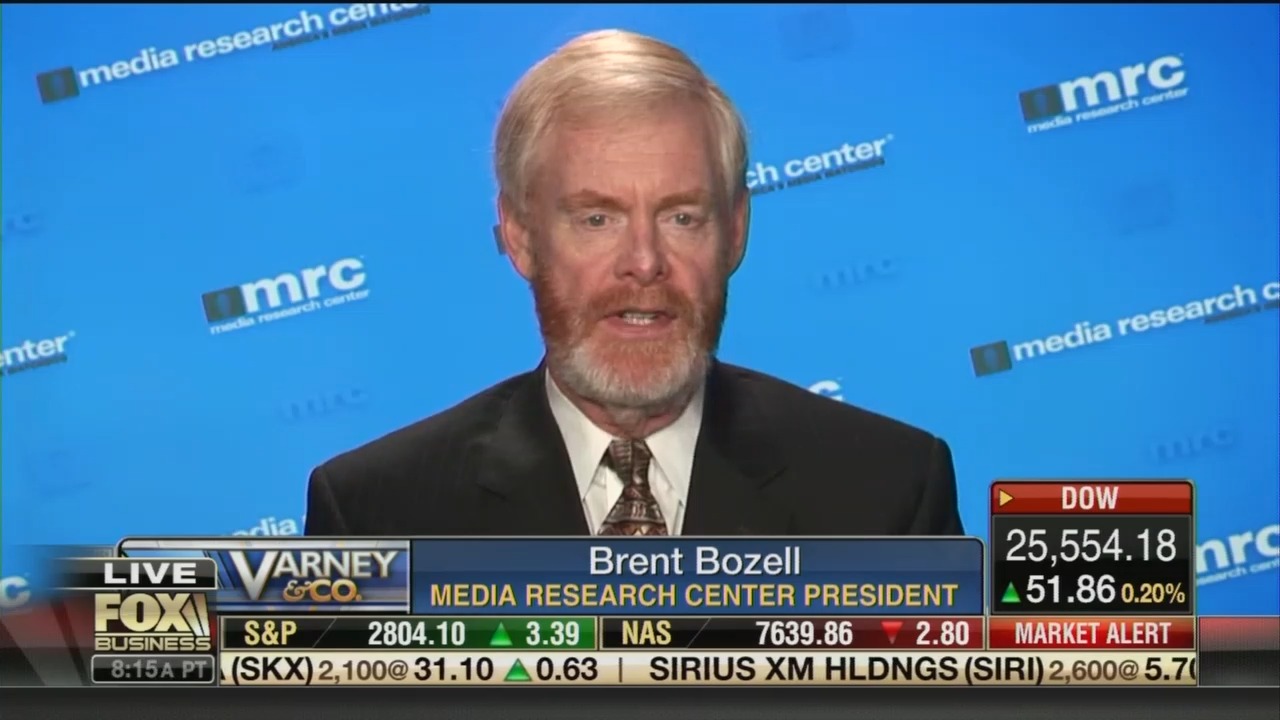 BRENT BOZELL: Yeah, but let's start serious for just a second. You would think that everyone in the press who was a patriot would be celebrating that is saying isn't it wonderful the evidence is in and the President of the United States was innocent. Shouldn't they all be celebrating the fact? The fact that they would rather that the government be overthrown then be able to celebrate something that says Donald Trump was innocent. Having said this, how many times, Stuart, have you and I talked about this investigation and how this would be the greatest conspiracy theory in history if he was innocent? This makes the birthers pale by comparison.

You've got tens of thousands of stories from the press with this allegation that turns out was completely false. So, my prediction to you, Stuart Varney, is this is going to mean nothing to them. They are simply going to continue. Now it's obstruction and I love this one. Now they're looking to the fact that he obstructed into an investigation of his innocence. That's what we’re going to talking about here. Though pushed the idea of obstruction. They’re going to say Mueller can go right to hell. He wasn't investigated this correctly. We’re going to do this ourselves. And they think that Trump people are going to say to themselves, “Suddenly this campaign is ours to lose.”

VARNEY: It's an iceberg for the American professional media and they just struck that iceberg. I think it has ruined their professional integrity. I don't see how they ever get back the trust of the American people. That's where I'm coming from.

BOZELL: You know Stuart, this does not bring great joy to you and it’s understandably so because of your background. I don't know how CNN ever recovers. CNN is a network — I was on your show about a year ago when I looked at their mobile device how the top 14 to 15 stories were attacks on Donald Trump on this. I don't know how CNN undoes the damage, because they not going to stop. They're going to continue this. Are they going to say, ‘Oops! For two years we were wrong in our slandering the President?’ They're never going to do it. They’re going to continue attacking him.

VARNEY: It breaks my heart. It really upsets me because I was the first person to broadcast for CNN on day one of the network back in 1980 and my colleague Lou Dobbs, he founded the business department at CNN and carried it through for 20 years. Highly successful. And it has descended to this. I'm frankly appalled. I really am.

VARNEY: Shocking. Thanks for joining us, sir. Don't be such a stranger.