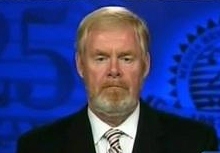 “Violent leftists have broken into the mainstream and Chuck Todd is guilty of aiding and abetting. It is abhorrent that NBC and Todd believe it acceptable to normalize extremist groups like Antifa which use terror to silence their opposition.

“After last Wednesday's softball interview, Chuck Todd had the opportunity to correct his mistake but instead chose to again allow a radical to promote domestic terrorism with little pushback. Can you imagine Chuck Todd inviting a member of a militant right-wing group on his show to rationalize violence against the left? NBC must cease giving legitimacy to supporters of this violent left-wing movement immediately.”

Thanks to NBC's and MSNBC's promotion, Bray's new paperback book Antifa: An Anti-Fascist Handbook is now at #554 at Amazon, which offered this biography: "Mark Bray is a historian of human rights, terrorism, and political radicalism in Modern Europe who was one of the organizers of Occupy Wall Street. He is the author of Translating Anarchy: The Anarchism of Occupy Wall Street, and the co-editor of Anarchist Education and the Modern School: A Francisco Ferrer Reader. His work has appeared in Foreign Policy, Critical Quarterly, ROAR Magazine, and numerous edited volumes. He is currently a lecturer at Dartmouth College."