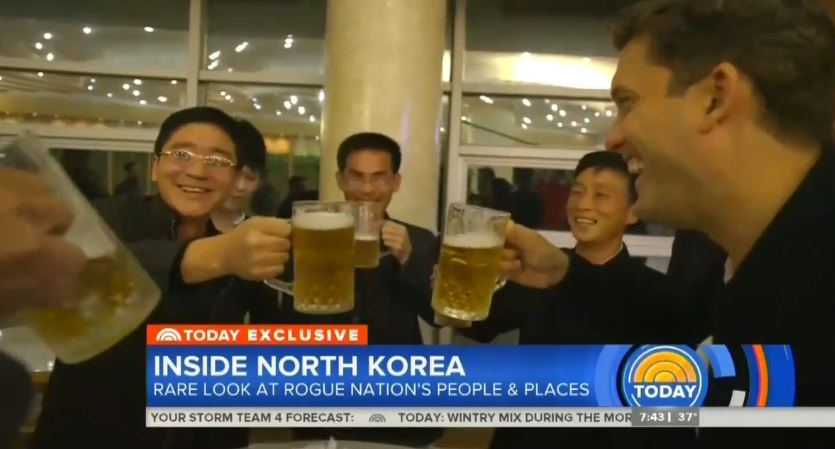 To create hype for his network’s Olympics coverage, NBC’s Keir Simmons decided it would be a good idea to play bumper cars in a North Korean amusement park. “They’re ruthless, these guys,” Simmons joked in the June 6 Today segment, about the other bumper car drivers – in a country that is legitimately ruthless to its own people. Not once in the segment did Simmons use that word to describe Kim Jong Un’s regime. Simmons also went to a beer hall, to have a "local brew" and pro-regime "bar chat." Not surprisingly, Simmons reported: "everyone that we met was quick to thank one person for, well, everything -- the country's Supreme Leader."

But this isn’t the first time that NBC News has run a report that bordered dangerously close on propaganda for a foreign dictatorship.

Below are just a few of the worst examples of this inexcusably bad journalism, as documented by NewsBusters over the years.

Syrian dictator Bashar al-Assad has brutally starved and used chemical weapons on his own people, but NBC was still interested in his personal feelings about the 2016 U.S. presidential election. Before he got around to grilling Assad on his own atrocities, NBC News Foreign Correspondent Bill Neely thought it would be worth asking the despot “from what you know of Mr. Trump, is he smart enough?” Neely kept up this line of questioning for more than nine minutes. “Mr. Trump has no experience in foreign policy. Does that worry you?”

After allowing Assad to talk up the “diversity” and “richness” of Syria under his regime, Neely asked “Mr. Trump has also made comments about Muslims and not allowing Muslims into the United States. Did that anger you, upset you?”

USSR: NBC Gets Nostalgic for USSR, When 'the Government Provided for the People'

To hear NBC tell it, communism was a beautiful success story – never mind the millions who died under it. NBC correspondent Lucy Kafanov, who cut her journalistic teeth at Russian state media RT, used an entire Nightly News segment on June 11, 2017, to pine for the days of Stalinism. "It wasn't always like this," Kafanov said as she reported on the abject poverty in parts of modern Russia. "In the Soviet era, most villagers worked on huge collective farms. Life wasn't easy, but the government provided for the people." 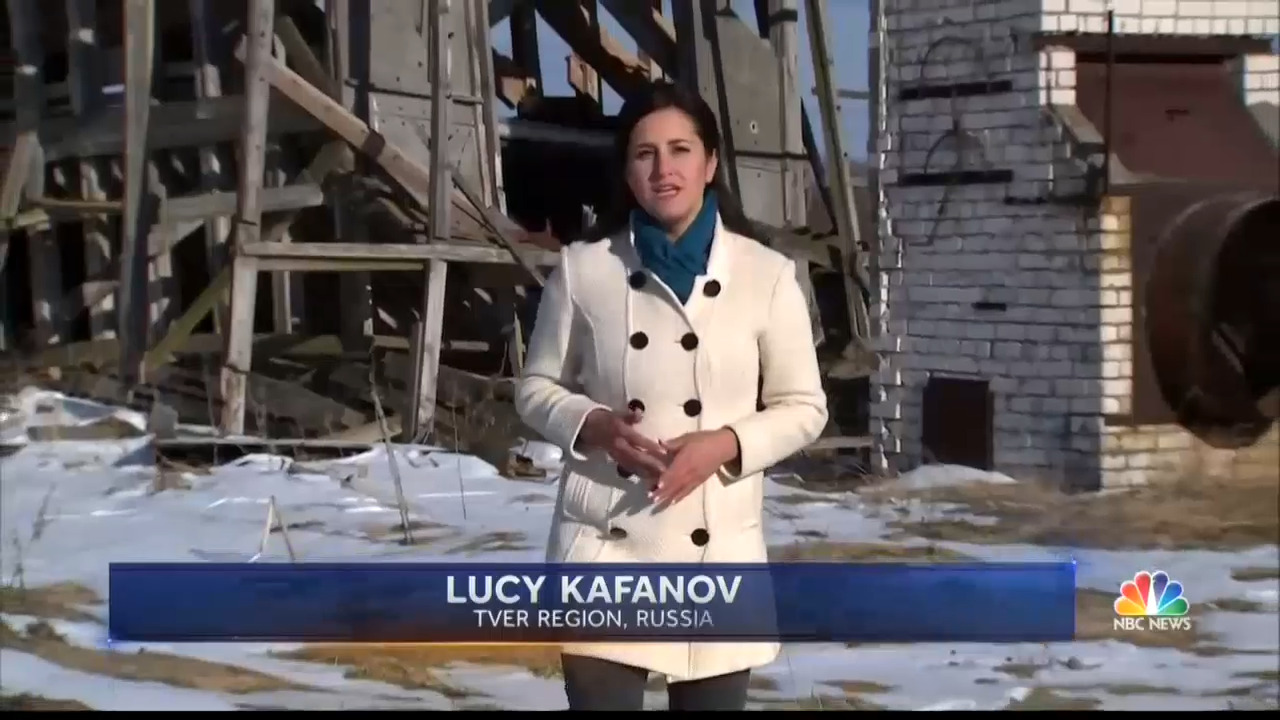 She also interviewed a resident of one of these impoverished areas: "'It would be so good to live like before,' she tells me. 'Under communism, there were plenty of jobs and plenty to eat.'"

This may have been the most recent example of NBC promoting Soviet-era communism, but it is far from the only one.

On February 13, 2014 during NBC’s Today, correspondent Stephanie Gosk hyped the Moscow metro system as a gift to the people. "Stalin promised the metro would be a palace for the people, and so it is. Open architecture, mosaics, even chandeliers." From her description, Stalin sounds more like a benevolent patron or an artist, and not like one of the most brutal dictators in world history.

Mikhail Gorbachev, the last leader of the U.S.S.R. also received high praise. "Well let me say how I hope history will judge him. Perhaps in time with help and work, people here will improve their everyday lives and remember Gorbachev's accomplishments and that would seem to me fair,” obviously enamored NBC reporter Bob Abernethy reported on December 24, 1992. He added, “he seems to me to have done more good in the world than any other national leader of my lifetime.”

Iran: NBC's Curry to Ahmadinejad: 'Why Do You Work So Hard?'

Few interviews with heads of state have been more glowing than Ann Curry’s September 12, 2011 interview with then-Iranian President Mahmoud Ahmadinejad. Curry asked such preposterous softball questions as “Why do you work so hard?”

Despite Ahmadinejad being in actuality a notoriously harsh and unstable foreign leader, Curry painted a picture of him as a hardworking, average guy. According to Curry: "After his 5 a.m. prayers," Ahmadinejad would go "jogging with his security team, at times seemingly 'Rocky' style, before sunrise."

Later she glowingly described how "he reaches his spacious but simple office before 7 a.m., there he works without shoes, but at 54, with reading glasses. First up, scanning local newspapers and briefs, including what western media are reporting."

When Fidel Castro died in 2016, Mitchell praised his intelligence. “[Castro] was a voracious reader … And very, very aware of everything that was going on, very, very smart and very wedded to his revolutionary ideology.”

In 2001, a year after Elian Gonzalez was forcibly shipped back to Cuba, Mitchell commented about how the fight to turn a young boy into a political propaganda piece had empowered Fidel. “Approaching his 75th birthday this August, the world’s longest surviving leader also believes he is politically strong, partly as a result of that struggle over a seven-year-old boy.”

Jim Avila (then an NBC correspondent, now at ABC) joined Mitchell in the Castro fan club, criticizing Elian’s mother on April 8, 2000’s Nightly News for fleeing to the United States – a dangerous journey that cost her and nine others their lives. “Why did she do it? What was she escaping? By all accounts this quiet, serious young woman, who loved to dance the salsa, was living the good life, as good as it gets for a citizen in Cuba....An extended family destroyed by a mother’s decision to start a new life.” 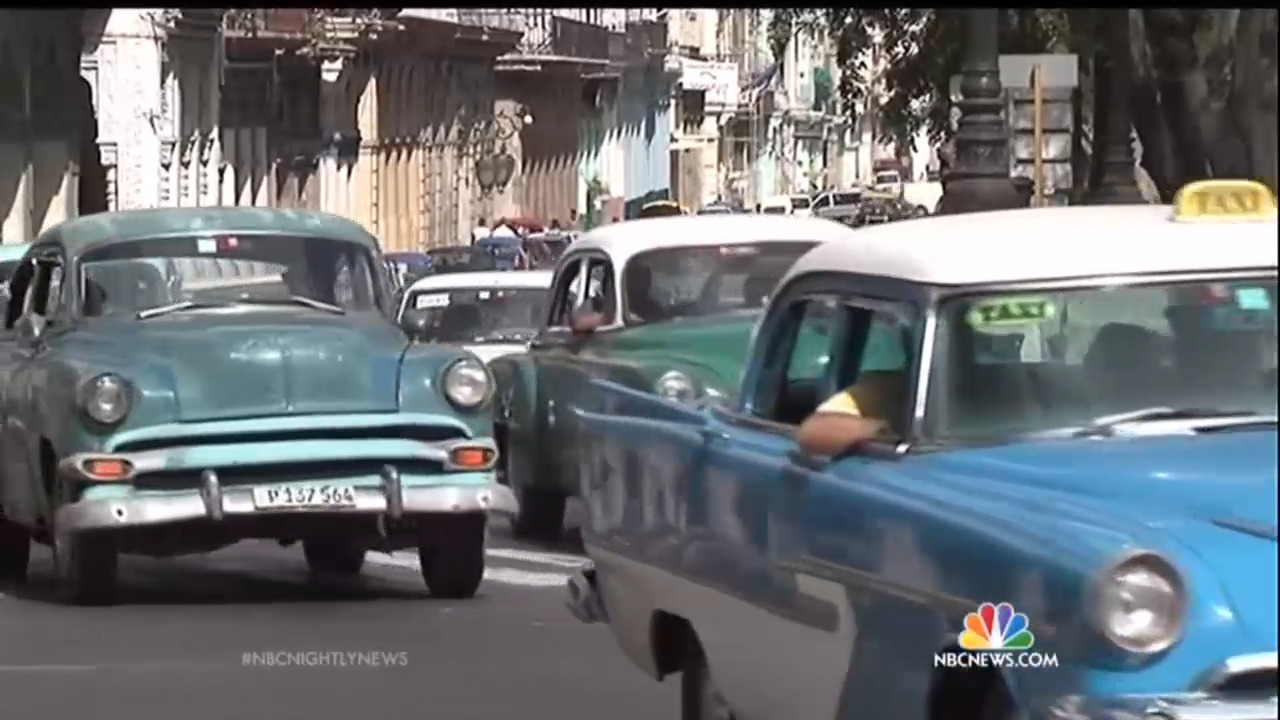 On December 17, 2014, NBC’s Mark Potter blamed the nation’s poor economy on the “long-standing U.S. embargo” instead of on the regime or communism. “His [Castro’s] revolution is showing its age too and Havana, known for its charm and vintage cars, is on life support, its economy crippled by the long-standing U.S. Embargo. People here now hope that will change.”

The “vintage cars” have long been a cause of media swooning. Then-anchor of NBC Nightly News Brian Williams worried on January 21, 2015 that opening the island to Americans might bring newer cars, killing the ambiance: “When Americans are here and planes and hotels and the cars are 2015 cars and not 1958 cars, what happens to the revolution?” While Williams was cringing at the idea of impoverished Cubans getting access to cars made in the last 4 decades, he was making $15 million a year as anchor of NBC Nightly News.

On February 13, 2000, NBC Nightly News reporter Chris Billing moaned “in the good old days, the Communist Party found a job for everyone. Now young people have to fend for themselves.... The future of the Communist Party may be in doubt if it can’t ease the pain felt by the once-pampered work force.”

Eager to find someone to report from the front lines of the Iraq War, NBC News contracted their work out to National Geographic Explorer’s Peter Arnett. Arnett then promptly started reporting pro-Saddam regime/anti-US propaganda. Arnett’s contract was eventually terminated after he voiced these sentiments on government-run Iraqi TV, although NBC’s official statement only said blandly that it “was wrong for him to discuss his personal observations and opinions in that interview.”

During the March 30, 2003 Iraqi TV interview that eventually got him ousted from NBC’s lineup, Arnett talked about how his reporting could help to get the U.S. to abandon their plans in Iraq. "Our reports about civilian casualties here, about the resistance of the Iraqi forces, are going back to the United States. It helps those who oppose the war when you challenge the policy to develop their arguments." Arnett also told the Iraqis that Saddam’s forces were winning. “Now America is re-appraising the battlefield, delaying the war, maybe a week, and re-writing the war plan. The first war plan has failed because of Iraqi resistance; now they are trying to write another war plan.”

Even after this disgraceful showing on Saddam-endorsed television, now-recently-fired Today host Matt Lauer praised Arnett: “Peter, at the risk of getting myself in trouble, I want to say I respect the work you've done over the last several weeks and I respect the honesty with which you've handled this situation. So good luck to you.” That’s how one of the network’s biggest personalities treated a man who spouted anti-U.S. propaganda on enemy-run television in a war zone.

Even before this outrageous interview, Arnett’s reporting for NBC was nothing short of propaganda. Arnett would quickly and unquestioningly repeat “facts” on the war from the Iraqi Information Minister – many of which turned out to be false. On Today on march 26, Arnett reported multiple times on the U.S using cluster bombs on civilian targets in Baghdad, painting a gruesome picture: We saw body parts being handed around by people and it was, later the Information Minister, Mr. al-Sahaf, complained that the U.S. has started using cluster bombs in the Baghdad area.” In a moment of rare clarity, NBC turned to Pentagon correspondent Jim Miklaszewski, who pointed out that there was no evidence whatsoever that the U.S. had ever used cluster bombs inside Baghdad.