Now that the initial shock of Dr. Dave Brat’s primary victory over outgoing House Minority Leader Eric Cantor has passed us by a bit, it is time to look at it for what it really is.

First off, it is only a primary victory. There is still the general election. And you can be sure the Left and their allies are now as busy as ever, plotting and sneaking and doing all sorts of devilry to send the good doctor back to the woodpile where he belongs.

So conservatives, Republicans, Libertarians and those Democrats who have finally come to see that their wonderful old party is a socialist party that is headed like all socialisms into the dung heap of history – with the rest of us if we will only let them – must show our support for Brat come November. Might help to become poll watchers too...just saying.

Pundits say Dave Brat won because he is anti-immigration. See, that’s what the Left is good at: maligning, twisting, crawling and hissing. And people are good at believing stuff they are told because socialists like a dumbed-down population – which is why the Feds are in charge of education. Socialists are also good at changing history and misrepresentation, because if they ever told the truth they would not get a single vote. So they specialize in devilry.

Now I am from Peru and I can tell you that if a gringo came illegally to Peru he would be arrested and deported with no appeal, food or water, health care, job, license, education or anything else. It is the same the world over.

Protecting the border – and insisting on legal immigration – is the way to go, no question about it. And you know what, illegal Latinos agree with that. Surprised? Come on think about it, why would they not agree?

You see, if they are illegal the Democratic Party can play with them and manipulate their illegality to get their vote. And vote they do! Why in New York, Nydia Velázquez had Spanish speaking only Latinos bussed from God only knows where to the voting place, escorted in and shown which lever to pull.

Latinos do not want socialism. They are running away from it! But they have become captives of the Left and will become slaves to the Democratic Party if we do not rescue them.

Yes, you knuckleheads, we are all waiting for the Conservative Cavalry to come to the rescue!  Put your pants on and get on with it.

Eric Cantor went to Congress to change it, but was changed by it.  That is why he lost. But he is a class act.  Look for him to campaign for Brat. 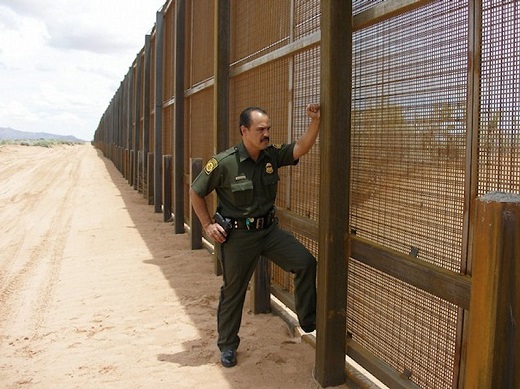 Miguel Prado is President of the Virginia-based Asociación Nacional de Inmigrantes (National Association of Immigrants). In 1996, he was the Republican candidate for Congress against Congresswoman Nydia Velázquez.