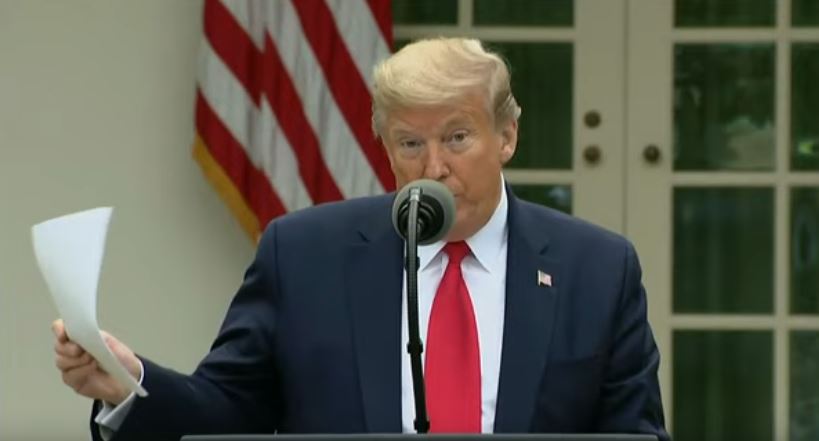 Coronavirus has created a U.S. market full of instability and uncertainty, but President Donald Trump is calling on industry leaders and experts to answer the call “to chart the path forward toward a future of unparalleled American prosperity.”

Trump announced the Great American Economic Revival Industry Groups on April 14, the same day he stated that “plans to reopen the country are close to being finalized” during a White House briefing. Included among the different industry groups is a Tech task force featuring some of the top names in technology and social media.

The announcement stated that bipartisan executives, economists, scholars, and industry leaders “will work together with the White House to chart the path forward toward a future of unparalleled American prosperity. The health and wealth of America is the primary goal, and these groups will produce a more independent, self-sufficient, and resilient Nation.”

“It’s also quite a name — though the acronym, GAERIG, leaves something to be desired.”

The Protocol writer also knocked Trump’s list of Big Tech executives, suggesting “there are some notable names missing.” So the outlet put together a list of what it is calling “surprising snubs,” which included people like PayPal co-founder Peter Thiel, Dell Chairman and CEO Michael Dell, AT&T Chairman and CEO Randall Stephenson and others in the entertainment industry.

In a piece on the same topic headlined, “Who’s in and who’s out on Trump’s tech revival task force,” Protocol suggested that “[t]he list of leaders can reveal some of the administration’s thinking about who matters, and who might not.”