Slate Blames Manmade Warming for Recently Rising Seas, Even Though It’s Been Happening for Centuries 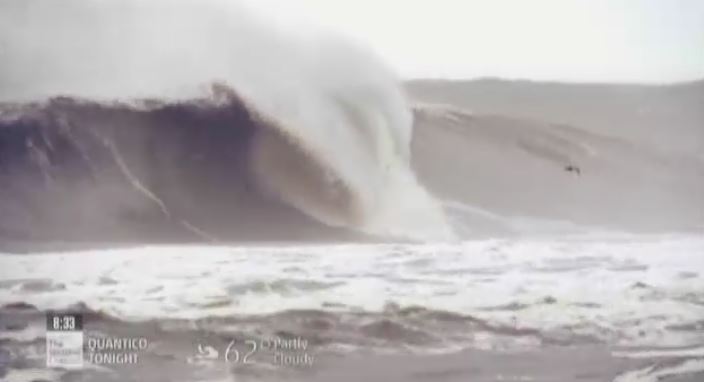 The seas are rising and Sandy-like storm surges are going to be a “new normal,” according to Slate.

Slate’s Bad Astronomy writer Phil Plait highlighted a NASA study that showed a rise in sea levels since 1992 in his Aug. 31 article. Repeated the fears of many climate alarmists, he blamed that rise on global warming and warned, “[w]e’ll see beaches disappear, coastlines changed.”

The NASA study he cited showed an average sea level rise of 2.5 inches since 1992, with some localized rises of more than 9 inches. But in other places, including the northeast coast of the United States, sea levels had actually declined. Much of this localization sea level changes was attributed to ocean currents.

Plait blamed carbon dioxide-induced global warming for the rise in spite of the fact that rising sea levels are not a new phenomenon. In fact, it has been occurring for centuries ever since the last ice age, as land-locked water trapped in glaciers retreated, the seas expanded. Another NASA study showed that sea levels were 120 meters lower at the height of the last ice age.

Rather than acknowledge that, Slate chose hyperbole claiming, “This is the new normal. And the scary thing is not so much that the new normal is bad, it’s that with more warming, rising sea levels, and changing weather patterns, the new normal will continue to get worse. There may not be a normal any more.” He specifically recalled the storm surge that swamped Manhattan and New Jersey when Sandy struck in 2012. By the time it made landfall it was no longer a hurricane, but was a “post-tropical cyclone.”

Along with the long-term trend of rising sea levels, there is another reason for the recent increase. A Washington Post article reported the 2012 findings of Japanese researchers that as much as 40 percent of the recent sea-level rise can be directly attributed to groundwater that has been used by humans and ended up in the oceans.

Predictably, Plait used his fearmongering about the climate to take GOP presidential candidates to task for what he called their “unhinged in the extreme” view of global warming.