According to Politico, the media were given no advance notice regarding Republican presidential nominee Donald Trump’s trip to meet with Mexico’s President Enrique Peña Nieto and were instead left “seething” because they didn’t have enough time to prepare for the trip across the border to Mexico City. 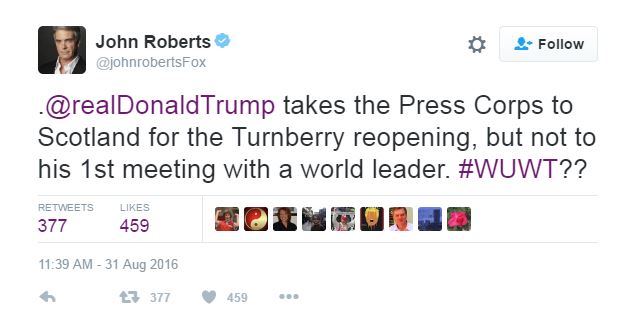 Others were apparently left devastated by the snub: 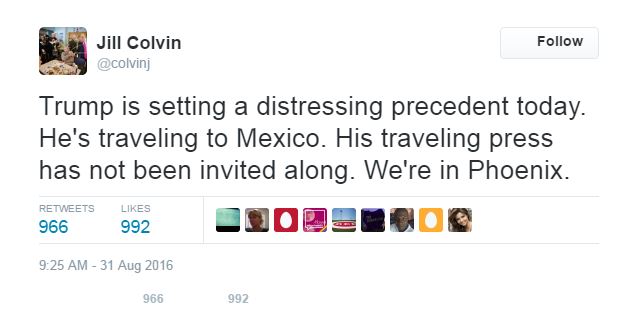 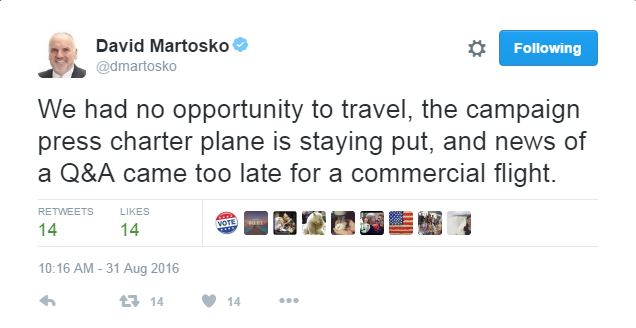 CNN's Dylan Byers went on to vent their frustration in an article:

News organizations have been scrambling to get reporters and crews on the ground through private travel or by relying on teams they have in Mexico City.

CBS has a truck and crew at the location for the event, but as of publication was lacking an American producer who could put together a pool for other networks. Several other news organizations are trying to get reporters in place for the post-meeting press availability.

Politico also wrote that it's not the first instance in which the media were left waiting in the wing and highlighted Trump's trip to Baton Rouge, Louisiana to view the flooding damage in the region caused by a relentless span of rain:

It's the second time in one month the traveling press has grown frustrated with the Trump campaign over last-minute trips. When Trump went to Baton Rouge earlier this month to survey the flood damage, the traveling press were also not invited. Trump said that the trip would be "non-political" with no press, but the visit was still featured prominently by all of the major outlets.

I agree.  This must seem out of the norm for the press who need coddled and kneel before their beloved President in the months before his departure and what they hope is another Clinton administration. Then again, if they are complaining about Trump, where is their outrage and frustration at Hillary Clinton, who hasn’t held a press conference in 273 days?