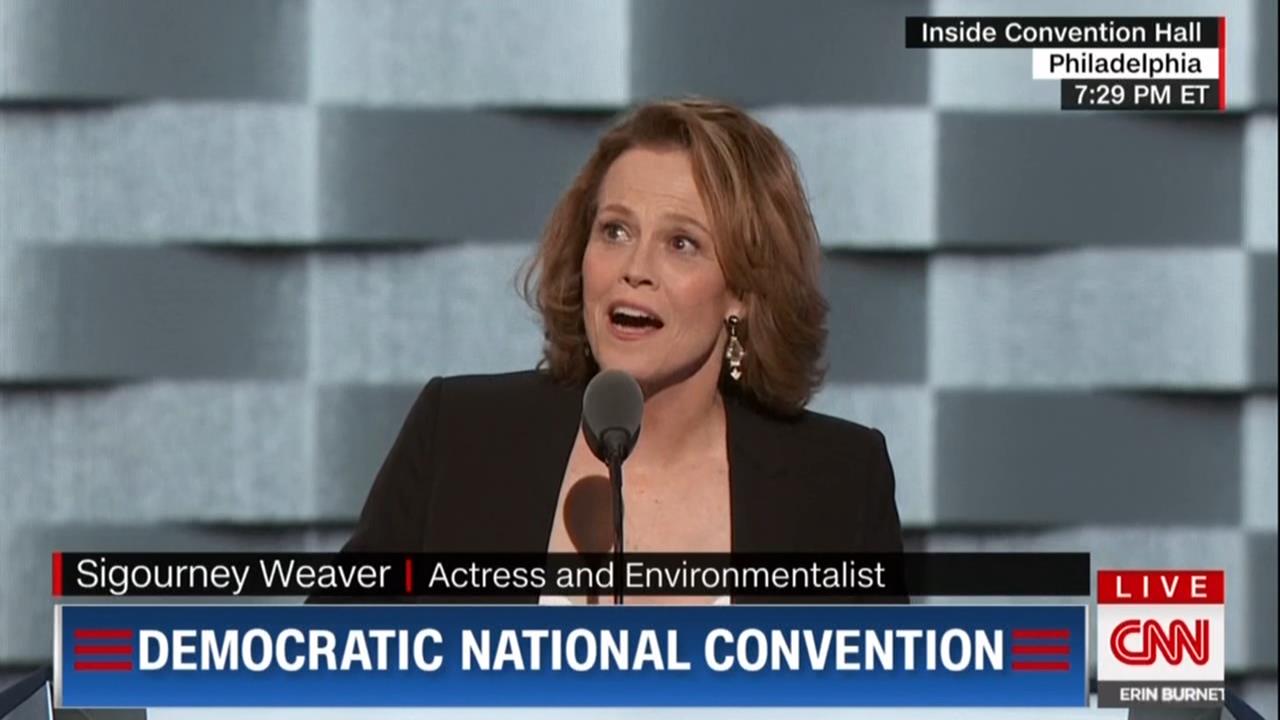 Liberal celebrities get overwrought at Democratic conventions, but The Daily Beast exaggerated it even further. Asawin Suebsaeng wrote an article on Sigourney Weaver’s convention speech with the headline “Sigourney Weaver at DNC 2016: Donald Trump Will Kill Planet Earth.”

There’s only one problem. Weaver never said it, and it’s nowhere in the article.

Weaver came to Philadelphia to introduce a video on climate change directed by leftist director James Cameron, who directed her in the corporation-bashing eco-fable Avatar. She typically warned the crowd of “deadlier droughts and more devastating storms,” and talked of actual Americans struggling today with climate change. She then said:

SIGOURNEY WEAVER: Can Donald Trump look these people in the eye and say climate change is, "a hoax?" That there's nothing we can do? This is a moment when we, as a nation, have to decide whether we'll ignore the truth and allow real people to continue to suffer, or whether we will put aside our differences, and come together to do what's right.

Hillary Clinton gets it. She cares! She's committed! She understands that taking a stand against climate change is not about politics. It is about our moral obligation to one another, and to our children, and to the generations that will one day inherit this beautiful earth.

That’s not exactly “Trump will kill Earth.” The Daily Beast displayed the video that disproved their lying headline:

Weaver narrated with doom and gloom: “Crops are failing, food prices are rising, communities are threatened, our children are at risk.” As Mira Ebersole reported, other celebrities are featured as interviewers, including Arnold Schwarzenegger, Don Cheadle, America Ferrera, and Jack Black, who proclaimed. “Eventually, Miami will be under water. It’s just a matter of when.”

Weaver summarized: “This is the painful reality of a world radically altered by climate change. It’s not reality TV [image of Trump]. Trump’s reckless denial of climate change is dangerous, a threat to your livelihood, your safety, your children, and the prosperity of this nation.”

The film ends with Hillary Clinton promising a rosy clean-energy future, complete with imagery of she and Bill holding a grandchild. But isn’t it funny that Democrats have been pounding the podium all week against the politics of fear?