Justin Timberlake Apologizes to Social Justice Warriors for Doing Nothing 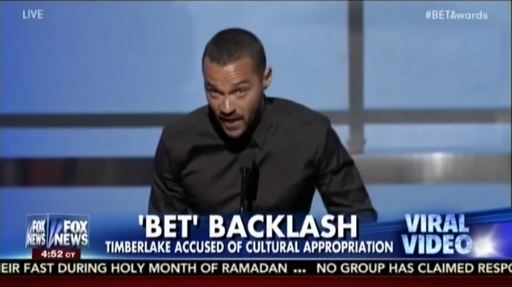 Singer and actor Justin Timberlake caused a social media storm over race when he sent out a tweet on June 24 after a racially sensitive speech given by Grey's Anatomy actor Jesse Williams at the 2016 BET Awards. Williams was on hand to receive an award for his work and involvement with the Black Lives Matter movement. 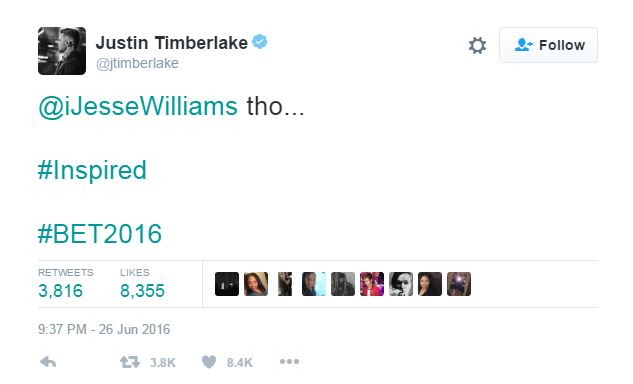 Apparently, Timberlake being inspired by something at the BET Awards made him a racist and accused of ripping off black culture – if you happen to be white. One Twitter user tweeted: 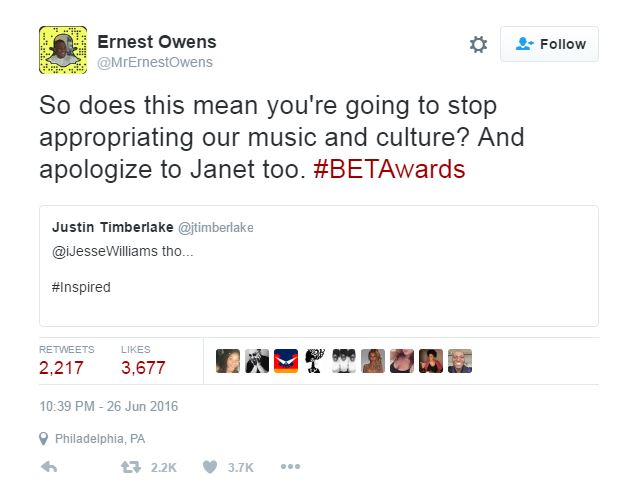 Timberlake’s response to the tweet only fueled the flames (which has since been deleted): “So does this mean you’re going to stop appropriating our music and culture? And apologize to Janet too. #BETAwards.”

Not surprisingly, this only esclated the Twitter spat. Check out some of the shade thrown at Timberlake for his “offensive” tweet: 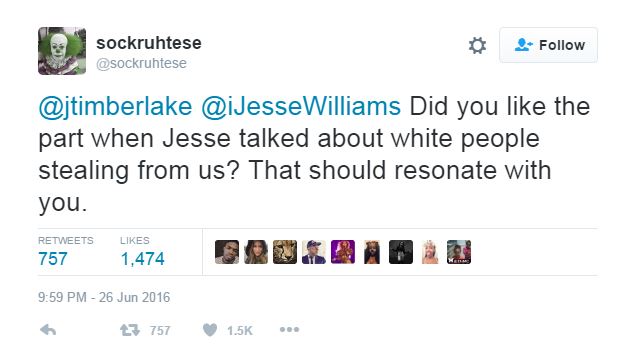 Timberlake later caved to the haters and soon tweeted that he “shouldn’t have responded,” noting that he felt “misunderstood.”

“I feel misunderstood. I responded to a specific tweet that wasn’t meant to be a general response. I shouldn’t have responded anyway,” he wrote.

He added: “I forget this forum sometimes … I was truly inspired by @iJesseWilliams speech because I really do feel that we are all one … A human race.”

His last tweet was still met with much criticism – but it just goes to show you can’t please these social justice warriors who act as if everything that is said and done somehow concerns race.  The fact that they always seem to find something offensive  shows that maybe they’re the ones with the problem – not the rest of the population.