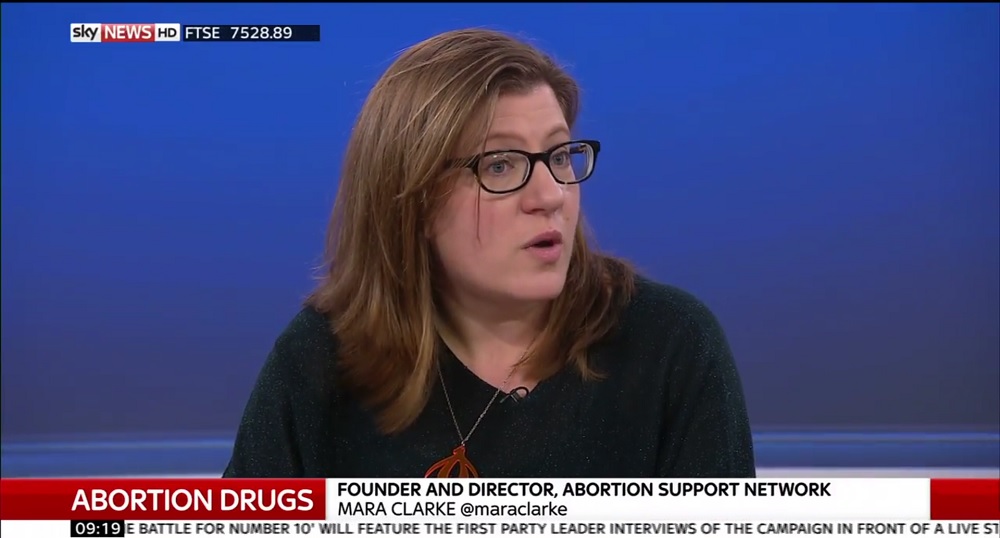 NPR's All Things Considered on Thursday promoted a left-wing activist's own spin about her abortion campaign in Ireland, which likened the cause to the famed 19th-century effort that helped slaves escape bondage in the Southern United States. Lauren Frayer spotlighted how "there's a sort of modern-day Underground Railroad discreetly shuttling thousands of Irish women to abortion clinics" outside of the Emerald Isle.

This is the same phrase that Mara Clarke of the Abortion Support Network used during a soundbite later in Frayer's report: "You could call it an Underground Railroad. I prefer to think of it as sisters doing it for themselves."

The public radio correspondent didn't bother to include pro-life talking heads during the segment. Before turning to Clarke, Frayer interviewed Tara Flynn, who had an abortion when she was 37 years old. The journalist noted that Flynn is an "actress," but didn't mention that she has also become a noteworthy proponent of repealing Ireland's constitutional ban on abortion (the Eighth Amendment). A February 2018 article in the Irish Independent pointed out that Flynn is "advocating for safe, legal abortion in Ireland, after 12 weeks of pregnancy, if necessary," and that she "became a face of the Repeal the Eighth campaign."

Frayer used the beyond slanted "underground railroad" term immediately after her two clips from the actress: "Irish women get abortions at about the same rate as other Europeans, but they have to travel to other countries for it. To help them, there's a sort of modern-day Underground Railroad discreetly shuttling thousands of Irish women to abortion clinics. Flynn flew to the Netherlands, but most go to the U.K." She continued with two soundbites from Zoe Durnford, a "volunteer" in London who opens her home to abortion-minded women from Ireland.

The NPR journalist then led into back-to-back excerpts from Clarke by underlining that "critics say Ireland's abortion ban disproportionately hurts poor rural women, who can't easily travel overseas." The Abortion Support Network leader, who is a native of the United States, first hyped that "the people who we deal with are quite poor or marginalized or at risk, and they very often don't have support networks." The second soundbite from Clarke featured her own use of the loaded "Underground Railroad" phrase.

Later in the segment, Frayer turned to Fintan O'Toole, an op-ed writer for the Irish Times. O'Toole wondered, "Do people cling onto a principle — this constitutional ban on abortion, which many people still like — or do they say look, we can't go on pretending that — you know, uniquely in the world, we don't have women terminating their pregnancies — when the overwhelming evidence is that they do."

The columnist restrained his pro-abortion view in this clip, but was blatant in a December 2017 item: "The Irish regime threatens women and their doctors with penalties more severe than those generally imposed on child rapists....it is a position too fanatical and too crude for Donald Trump." O'Toole added, "If it's too extreme for Trump, it's too extreme for Ireland."

The correspondent included one more soundbite from Clarke, who lamented that even if the Eighth Amendment is repealed by an upcoming referendum, pro-life efforts would continue in Ireland: "How many doctors in Ireland know how to perform an abortion, and how many would be willing to? How many protesters are going to be parked outside?" Frayer added that the activist "says the stigma attached to an abortion in Ireland may last longer than the legal restrictions."

The full transcript of Lauren Frayer's report from the March 22, 2018 edition of NPR's All Things Considered is available here.