Director of Karl Marx 'Bromance' Movie on NPR: Marxism Had 'Nothing To Do' With USSR 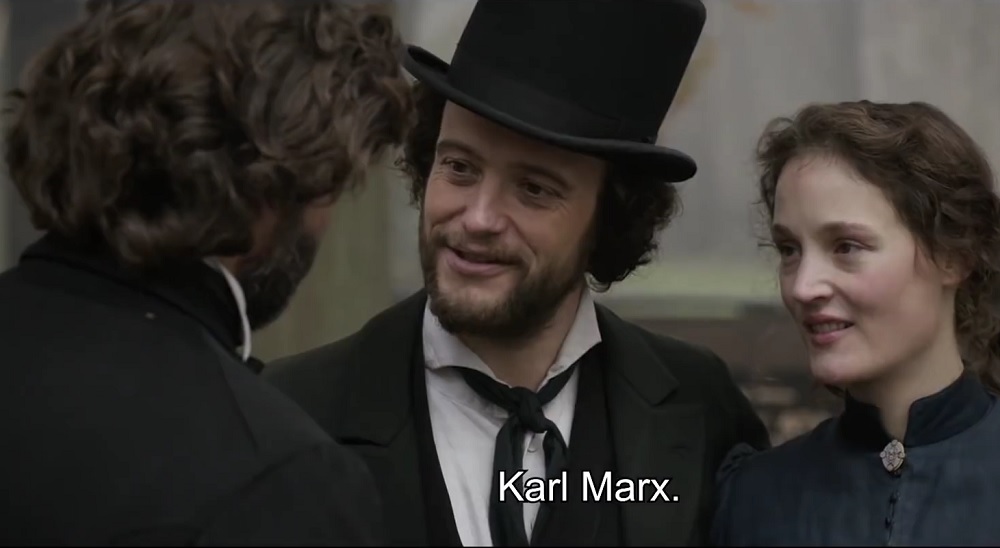 Raoul Peck, the director of the new film, The Young Karl Marx, acclaimed the 19th-century radical leftist on Sunday's All Things Considered on NPR: "Today, his [Marx's] analyses are even more urgent and necessary than before."

Anchor Sarah McCammon pointed out, "But hasn't this been tried before many times? I mean, Marx's ideas pervaded, for instance, the Soviet Union." Peck denied this historic reality: "It did not influence the Soviet Union. Marx and Engels would have probably been the first one to be shot....this incredible monster that was fabricated after the Russian Revolution has nothing to do with their ideas."

McCammon adopted a positive term from the New York Times' review of Peck's movie in her first question to the Haitian director: "Your last film, I Am Not Your Negro, was a documentary about the influential writer and thinker, James Baldwin. But I can imagine that some viewers might still be surprised that for your next film, you decided to make what's kind of a bromance movie about Marx and Engels. Why did you want to tell this story?" Moments earlier, the NPR journalist had described Engels as the "intellectual soulmate" of Marx.

Peck replied that his new film was a "response to the world I feel around me. And it's what I call the rise of ignorance, of confusion, where experts or scientists who have worked their whole life on any subject — climate change or new energy — can be shut down by somebody's opinion without having to demonstrate anything."

The director, who has demonstrated a clear familiarity and sympathy with Marx's far-left ideas in recent interviews, soon likened the 19th-century figure to present-day gun control activists. He outlined that his film aimed to "understand how our society functioned — a society that is embedded in capitalism — and what Marx did is to analyze this society. And today, his analyses are even more urgent and necessary than before...even the young kids from Florida right now who are protesting and asking for more gun control: they have understood the connection between money; between capital; between profit; and that there are people who are capable of choosing the worst decision if it will preserve their profit."

McCammon followed up by asking, "Are you opposed to capitalism?" Her guest didn't give a direct answer, but his intent was clear: "It's not a matter of am I opposed or not. It's a matter of this is the system we are in, and we can see what kind of inequality it's generated. So the question is not am I for, or not — it's how do we change that?" The NPR anchor then asked her "hasn't this been tried before many times" question. Peck answered by giving his historically dubious (to say the very least) statement: "It did not influence the Soviet Union. Marx and Engels would have probably been the first one to be shot. And that's why — you know, if you see The Young Karl Marx, you know, they were democrats. They were freethinkers. And this incredible monster that was fabricated after the Russian Revolution has nothing to do with their ideas."

The All Things Considered host ended the segment by spotlighting that in the movie's credits, the director included "footage from more contemporary times. We see shots of John F. Kennedy, Nelson Mandela, Wall Street." She asked, "Why did you decide to do that?" Peck replied, "Because I made a film for now. I didn't make a film about the past. My intention with this film was to reconnect with what is happening today, and to help an audience to connect the dots."

The transcript of Sarah McCammon's interview of film director Raoul Peck, which aired on the February 25, 2018 edition of NPR's All Things Considered, can be read at NPR.org.