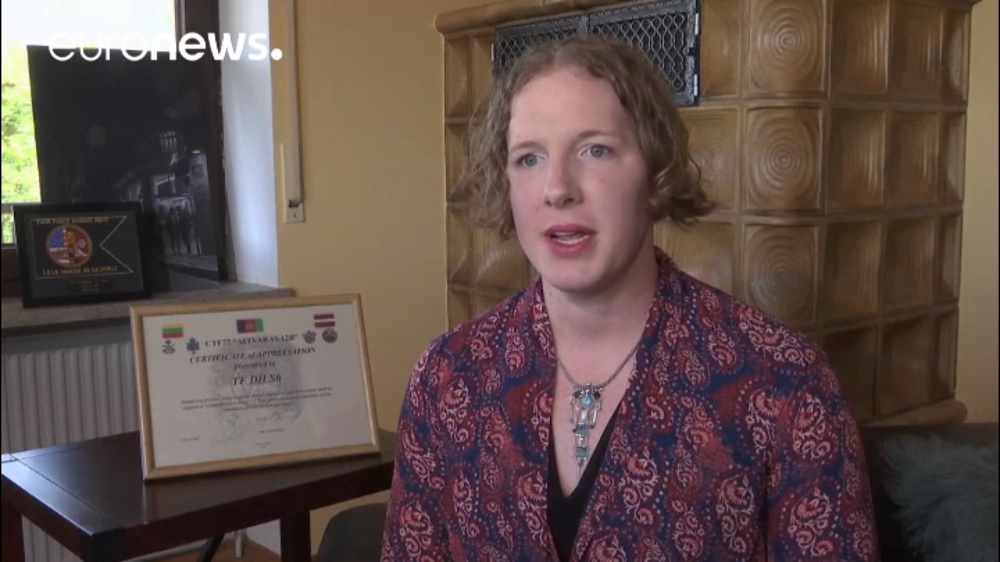 On Monday, Julie Watson and Christoph Noelting of the Associated Press spotlighted the plight of Captain Jonathan Sims, an officer in the U.S. Army who came out as transgender in April 2017. The two journalists hyped how Captain Sims, who now goes by the name "Jennifer," felt "unease" and "uncertainty" in the wake of President Donald Trump's Twitter post on Wednesday announcing he would reinstate the military's ban on transgenders. The pair cited sympathetic family members and colleagues of the serviceman, but failed to include any quotes from supporters of the President's policy proposal.

Watson and Noelting led their item, "'I am transgender': A US soldier shares personal journey," with an account of how Captain Sims sent an e-mail to "200 fellow troops" in April 2017 that disclosed his transgender identification. The two correspondents underlined that "the April 13 email officially ended the secret that burned inside Capt. Jennifer Sims, who was known as Jonathan Sims. But the feeling of relief swiftly turned to unease last week after President Donald Trump tweeted that transgender people were no longer welcome in the U.S. military."

The army officer, who is currently stationed in Germany, emphasized that President Trump's social media posts were "devastating because I still have work to do and here I am reading basically what sounds like the president of the United States — who is the commander in chief, he is the ultimate boss of the military — telling me and anybody else that is transgender that we are fired." He added that "in the initial moments after the tweet, I saw myself forced into the state that I was in before I started transitioning — a state of depression, exhaustion and inability to enjoy things."

The two AP journalists pointed out that Mr. Trump's "reversal of the Obama administration policy that allows transgender people to serve openly and receive military medical coverage for transitioning from one gender to another also could affect her physically. Sims has been on hormone therapy by her military doctor since November. If she interrupts the treatment, her body will revert to being male." They continued with a sympathetic three-paragraph summary of the captain's life that noted that "Sims, a high school football player, never felt comfortable being male. The son and grandson of military veterans quietly came to terms with identifying as a woman a year after joining the Army R.O.T.C."

Watson and Noelting then highlighted that "after the Defense Department announced in 2015 that it was considering allowing transgender troops to serve openly, Sims told...[his] parents. When the policy became official in June 2016, Sims said she felt the meaning of the word freedom personally after spending years fighting for it for her country." They also included several quotes from Captain Brandon Shorter, a colleague of Captain Sims, who was initially "at a loss for words" after the April 2017 e-mail, but later "texted Sims about how that was brave."

The two Associated Press correspondents later underlined that Captain Shorter "describes himself as conservative...[and] struggles with his beliefs about what's appropriate." However, they quickly added that the military officer "speaking on his own behalf and not that of the Army, said he would be 'incredibly disappointed' if Sims were kicked out." The pair also included that "after Trump's tweet, a few soldiers, including Shorter, asked Sims how she was doing. She didn't know what to say.

Just three paragraphs before the end of the report, Watson and Noelting disclosed that Captain Sims's "pills will run out in three months. Doctors recommend 12 months of hormone therapy before surgery. The cost of her surgery can run close to $50,000, which Sims was expecting the military would help cover." They let the transgender serviceman give one final personal lament about the situation: "'I had waited so long just to be able to tell the world this is who I am,' Sims said."