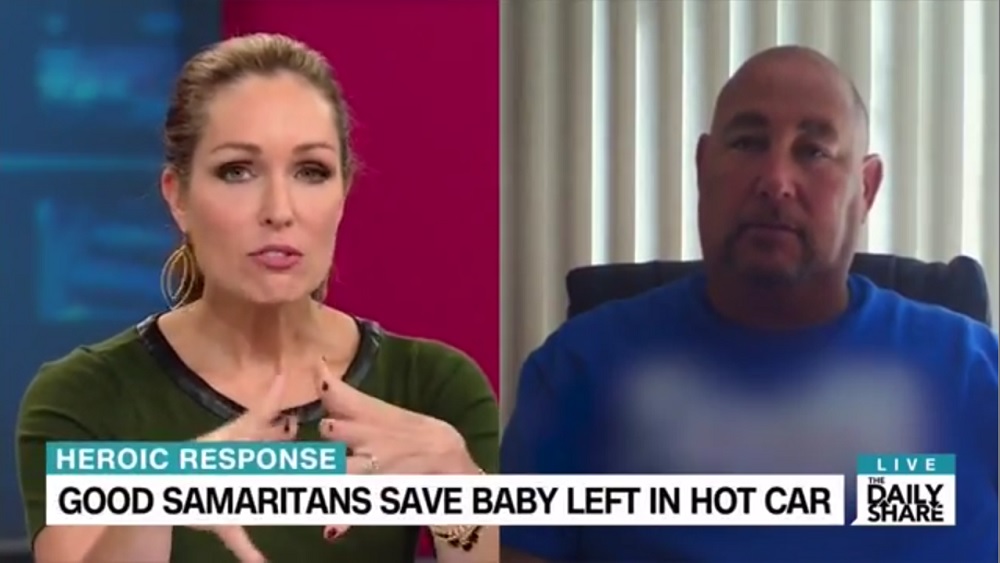 On Thursday, the Washington Free Beacon's David Rutz spotlighted HLN's censorship of a hero's pro-Trump T-shirt during a rebroadcast of an interview on his rescue of a baby from a hot car. Rutz (who won the MRC's Media Blogger of the Year Award on Wednesday) outlined that former police officer Steve Eckle "donned a blue T-shirt saying, '2016 Trump for President.' However, in a rerun of the interview...his shirt was blurred out." HLN's sister network, CNN, had no such qualms nearly a month earlier, as it ran Fareed Zakaria's "bulls**t artist" label of Trump uncensored. [Washington Free Beacon's video mash-up is below]

Several hours after Rutz's post, the Washington Examiner's T. Becket Adams Tweeted an update about the controversy: "HLN spokeswoman in a statement to me just now: 'We blurred the logo and shouldn't have; it was done in error.'"

Rutz detailed that anchor Christi Paul interviewed Eckle about how a woman in a Kohl's parking lot in New Jersey "spotted a four-month-old girl...and screamed, alarming Steve Eckel as he was walking in the other direction, according to the New York Daily News. After calling 911, Eckel used a sledgehammer to bust open a window and rescue the baby."

Hot Air's "Jazz Shaw" noted in a Thursday morning item that "Eckel originally appears in clips from the scene of the rescue wearing a red Rutgers Scarlet Knights shirt, but when he's contacted for his big interview he...switched into a blue Trump shirt." He also underlined that "HLN tends to cover a lot more fluff pieces, human interest stories and non-political news than the main feed at CNN. For that reason, I'd expect to see less bias out of them if anything. That made this incident of blurring all the more shocking."