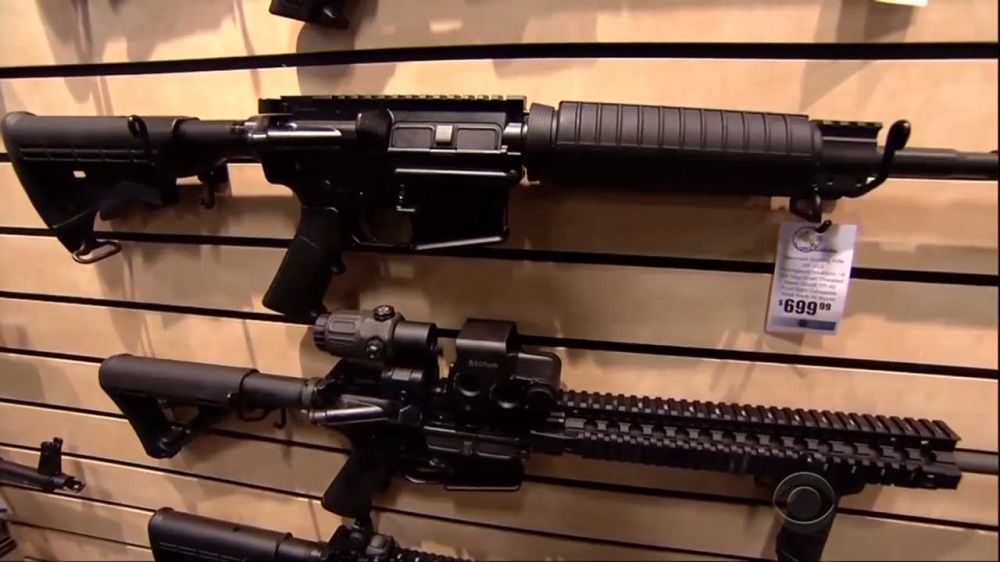 ABC's morning and evening newscasts, along with those of competitors CBS and NBC, have yet to cover on the latest Washington Post/ABC poll finding that 53 percent of Americans oppose a new assault weapons ban. This is the "first time in more than 20 years of ABC News/Washington Post polls, with the public [also] expressing vast doubt that the authorities can prevent 'lone wolf' terrorist attacks and a substantial sense that armed citizens can help."

Correspondent Gary Langer outlined in a Wednesday morning item on ABC News's website that "just 45 percent in this national survey favor an assault weapons ban, down 11 percentage points from an ABC/Post poll in 2013 and down from a peak of 80 percent in 1994. Fifty-three percent oppose such a ban, the most on record." Langer also disclosed that "Americans by 47-42 percent think that encouraging more people to carry guns legally is a better response to terrorism than enacting stricter gun control laws."

The journalist continued that "there's lopsided agreement on another concern: Just 22 percent express confidence in the government's ability to prevent lone-wolf terrorist attacks, with 77 percent skeptical about it. Confidence in the government’s ability to stop a large-scale organized terrorist attack is much higher, albeit still well short of a majority -- 43 percent."

On Wednesday, Hot Air's Ed Morrissey noted that earlier in December, the latest New York Times/CBS poll also "found a majority opposed to renewing an 'assault weapons' ban for the first time in its 20 years of polling on the issue. " The December 10, 2015 edition of CBS Evening News hyped Donald Trump's significant showing in that poll, but glossed over the assault weapon numbers, along with President Obama's low approval numbers on his handling of terrorism in general and ISIS specifically.

Six days earlier, on December 4, the CBS evening newscast also singled out the AR-15. Anchor Scott Pelley and correspondent Dean Reynolds emphasized that the jihadist terrorist attack in San Bernandino, California was the latest mass shooting where the semi-automatic rifle was used. Reynolds spotlighted that "there was once a nationwide ban on such assault weapons imposed in 1994...When it was lifted 10 years later, gun rights advocates cheered, and sales rose. But the slaughter at San Bernardino and several other recent mass killings all shared a common thread: the shooters used an AR-15-style rifle."

It should be pointed out that just hours after the Washington Post/ABC poll results came out, Democrats in the House of Representatives introduced the Assault Weapons Ban of 2015. The Hill's Tim Devaney reported that the bill "would target semi-automatic and other military-style guns. It would ensure that no such weapons are manufactured for consumer use, while placing new restrictions on the sale of already existing assault weapons. The legislation is backed by about 90 Democratic co-sponsors, but has no hope of passing through Congress, given opposition from Republicans."