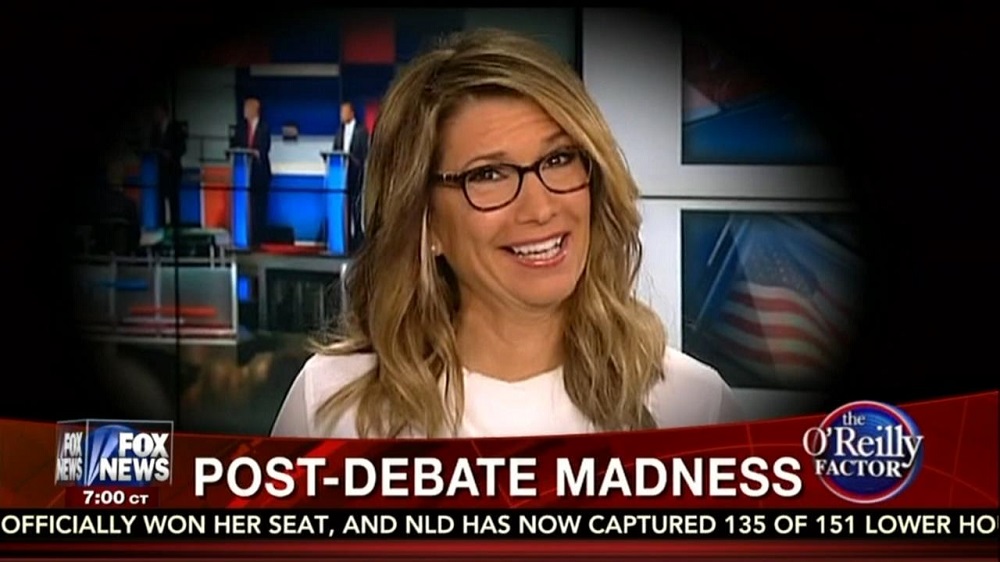 Fox News Channel's Bill O'Reilly attacked CNN's Carol Costello on the Wednesday edition of his O'Reilly Factor program over her "cheap shot" at the moderators of the recent GOP presidential debate on Fox Business Network. O'Reilly targeted Costello's "completely ludicrous" remark that "the moderators didn't ask very challenging questions." He also underlined that the CNN anchor has "a history of provocative statements." [video below]

O'Reilly's colleague at Fox News, Greta Van Susteren, also lectured Costello for her "shallow" take on the FBN debate. Van Susteren replied to the CNN journalist in an online post: "Some journalists want rudeness and show biz — or perhaps provoking a fight between the candidates — instead of getting information out of candidates who are running for office.  Apparently that is what Costello was looking for."

The Fox News host teased the Costello portion of his regular Talking Points Memo by trumpeting how "a CNN anchor takes a cheap shot at the moderators." Moments later, he launched his offensive on the CNN personality:

BILL O'REILLY: The one after-debate comment that struck me as completely ludicrous was this.

CAROL COSTELLO (from CNN Newsroom): So Dana, what was — what was the mood like in that room — because it appeared to me the moderators didn't ask very challenging questions? 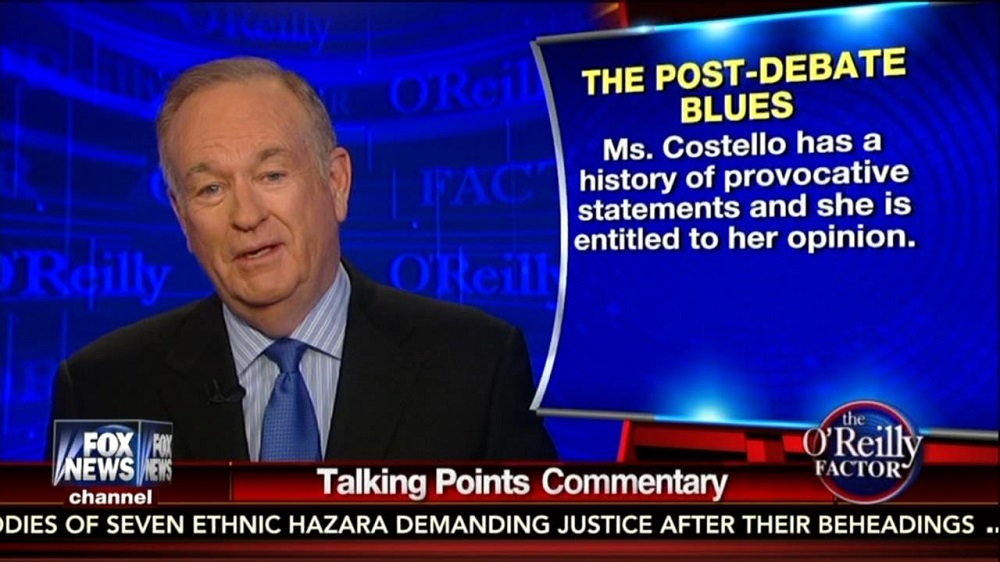 DANA BASH: Well, I think — and obviously, that depends on —on who you're talking about. To me, one of the most fascinating divides that was on display on that stage last night was on the issue of immigration.

O'REILLY: Miss Costello has a history of provocative statements; and she is, of course, entitled to her opinion. But come on! Come on! (laughs) The FBN moderators were on point, controlled the situation, and covered a lot of ground. They should be proud of themselves; and that kind of — 'well, I didn't think they really asked compelling questions' — ay, yi, yi! And that's the memo.

O'Reilly is correct about Costello's "history." Earlier in 2015, the anchor revealed that it "makes me angry" that there were no new gun control laws in the wake of several mass shootings, and claimed that "nothing ever changes because people hide behind their old, tired arguments." In 2013, she expressed her disgust that conservative talk show host Rush Limbaugh had released a children's book: "I'm a little sick now."

Most prominently, Costello "won" the Media Research Center's "Quote of the Year" in its annual list of the "Worst of the Worst" of media bias in 2014, for her glee over the audio of Bristol Palin describing how she was physically assaulted at a party.