Earlier this week, the GAO said the Obama administration evaded the law by waiving welfare requirements, but CNN failed to mention the report. Neither CBS nor ABC reported it as well.

According to the GAO, the administration's directive issued in July “is subject to the requirement that it be submitted to both Houses of Congress and the Comptroller General before it can take effect.” Thus, the Obama administration, by law, should have submitted it to Congress for review first, under the Congressional Review Act (CRA). 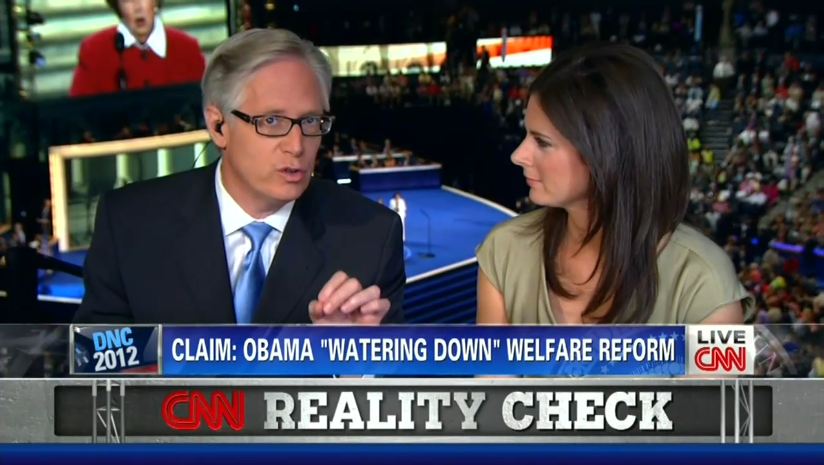 The GAO added that “while HHS may have informally notified the Congressional committees of the issuance of the Information Memorandum, informal notification does not meet the reporting requirements of the CRA.”

For a little background, Obama's HHS released a directive in July gutting welfare reform by waiving the work requirements at the heart of the law, which were specifically meant not to be removed.

As the Heritage Foundation's Robert Rector – who helped craft the original law – wrote, the HHS memorandum "replaces those work requirements with new, vague standards devised by HHS without any congressional input, such as 'employment exits' and 'universal engagement'."

Thus, the Obama administration changed existing law without properly notifying the Legislative Branch first. Yet neither CNN nor CBS or ABC reported this important piece of information.

CNN did, however, find time to "fact-check" Mitt Romney's claims that Obama "gutted bipartisan reform as we know it." Reporter Tom Foreman's conclusion on Wednesday was that while "maybe" some people could now get a break from work requirements and thus "thwart" the effort to move more welfare recipients to work, there's no evidence that Obama's intention was to "gut" the law..

"So did the White House kill this thing off?" he asked before answering "No. It did not."