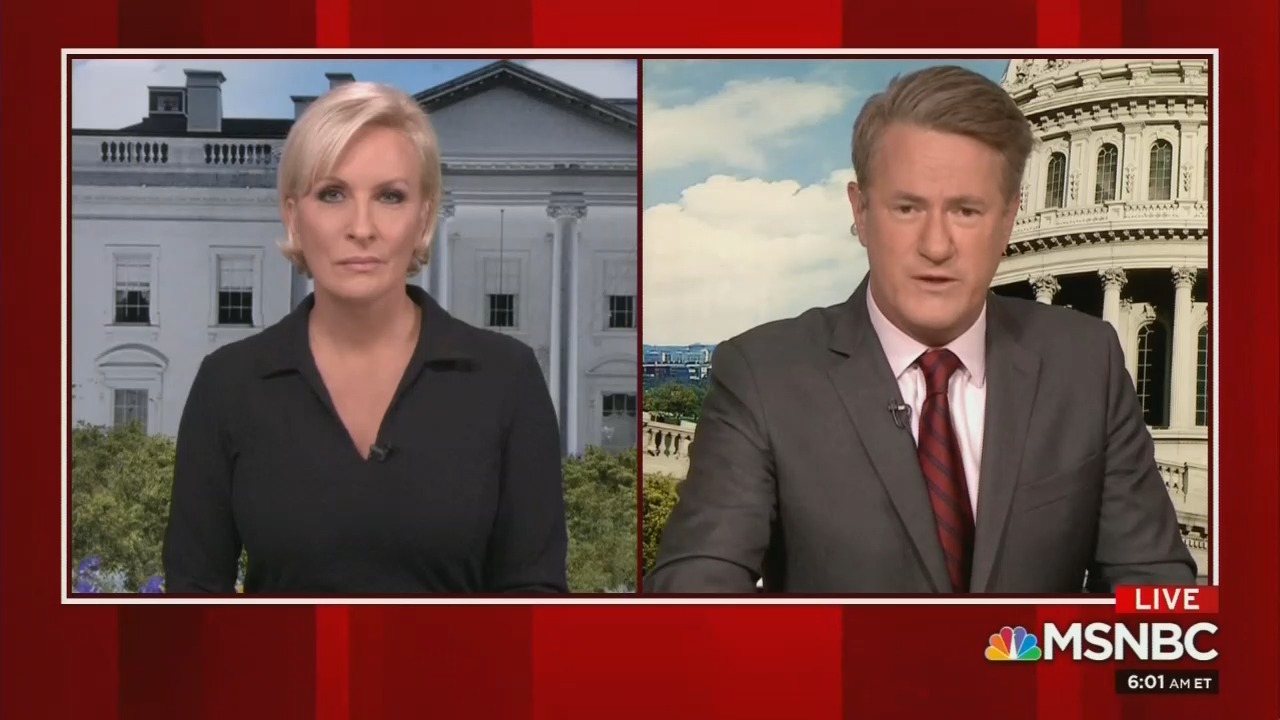 Joe Scarborough thought he was being so cute.

No fewer than six times during his little spiel on today's Morning Joe, while reading from the US government's WWII psychological profile of Adolf Hitler, Scarborough stressed that he was not intending to refer to anyone else.

Joe never uttered the President's name, but coming from this world-class Trump hater, there was no doubt what parallel he wanted viewers to draw.

JOE SCARBOROUGH: And Mika, I want to read this. This is referencing nobody. So, please, please, my beloved viewers out there, do not, do not draw a parallel between what is said here and anybody living or dead, past or present. That would hurt me deeply. Hurt me very deeply, and you don't want to hurt me deeply. I don't want to weep on the show. So, this doesn't relate to anybody whatsoever. I was going through reams and reams and volumes--I love World War, and, you know, big Churchill fan, love what Roosevelt --

So I was reading this, this, it's from the United States Office of Strategic Services [the CIA's predecessor], in describing Hitler's psychological file. And this only pertains to Adolf Hitler. It pertains to nobody else. I just can't state that enough. But this is what they had for Adolf Hitler's psychological profile. And for those of you in the midst of reading World War II government reports, you'll find it fascinating.

His primary rules were: never allow the public to cool off. Never admit a fault or wrong. Never concede that there may be some good in your enemy. Never leave room for alternatives. Never accept blame. Concentrate on one enemy at a time, and blame him for everything that goes wrong. People will believe a big lie sooner than a little one. And if you repeat it frequently enough, people will sooner or later believe it. That is, of course, the US. government during World War II, Mika, talking about Adolf Hitler. And that's all we're talking about here: Adolf Hitler. Just a little light, nighttime reading for me.