Have you seen the GE commercial? Millenial son informs mom and dad that he has gotten a job at GE. Old-fashioned dad is enthusiastic: "proud of you, son. GE! Manufacturing!" He hands son "granpappy's" heavy old hammer. Son gently explains that rather than building "powerful machines," he'll be writing computer code. Disappointed dad: "he can't lift the hammer." Mom, with more compassion than conviction in her voice, consoles son: "it's okay though: you're gonna change the world."

On today's Morning Joe, Mika Brzezinski used that "change the world" line to mock Marco Rubio and Ted Cruz in the face of their underwhelming performance in the Nevada caucuses, in which Donald Trump exceeded their combined vote total. Rubbing it in, Mika also echoed dad's dagger: "they can't lift the hammer." Dr. Freud, care to explain the symbolism?

Note: Morning Joe opened with a clip from The Hangover in which Bradley Cooper asks "what the [ bleep ] happened last night?" Mika proceeds to explain.

MIKA BRZEZINSKI: What happened last night is that Donald Trump won his third state in a row in the Republican presidential race. The results continue to come in slowly from Nevada. And NBC News projects Donald Trump as the winner. The state party is calling it a record turnout. At one high school in Sparks, lines were two to three times what organizers had planned for. Vote totals are still trickling in, but with more than 96% of the vote, already 75,000 votes have been tabulated. Trump alone got more votes than the total Republican turnout four years ago. Right now it's too close to call for second place between Ted Cruz and Marco Rubio. Ben Carson and John Kasich are much farther back. So far, not getting more than single digits. Trump will get 12 delegates, Rubio and Cruz five each. But that's okay, cause they're going to change the world! Good morning, everybody, it's Wednesday, February 24, welcome to Morning Joe.

JOE SCARBOROUGH: Brought to you by GE. I hope they're going to advertise!

MIKA: That's okay: they're going to change the world. They can't lift the hammer!

JOE: No, they are not lifting the hammer.

JOE: The hammer's coming down.

MIKA: But Cokie, they're gonna to change the world.

COKIE: [not getting the reference] They're going to change the world?

JOE: It's a GE commercial.

JOE: Why don't we introduce everybody before we start telling GE jokes? 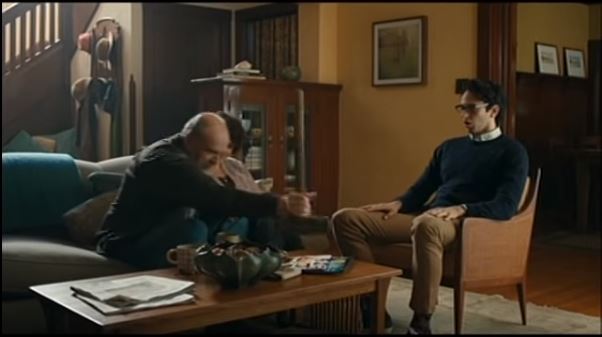